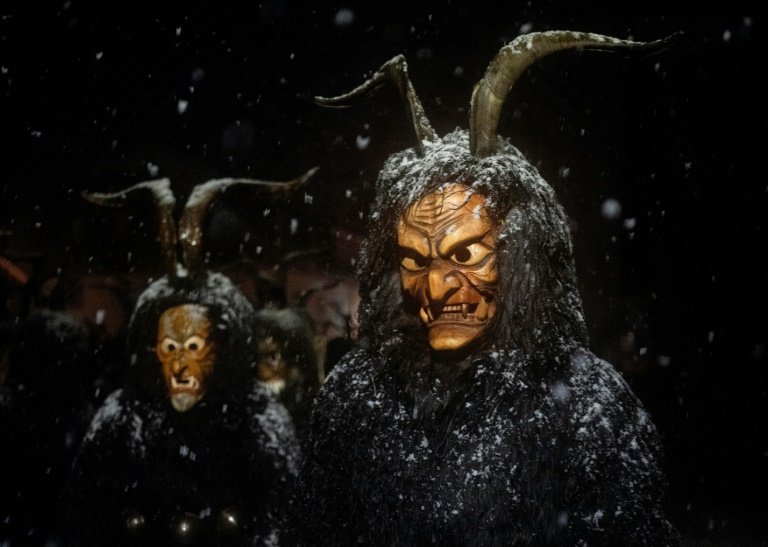 "Nikolospiel" as it is known in German, has been performed every December 5, the eve of Saint Nicholas Day, for more than 150 years in the Austrian town of Bad Mitterndorf.

"The youngest are afraid, they wonder if they have been wise enough to escape the devil," said resident Daniela Puercher, adding that she has never missed a single performance. 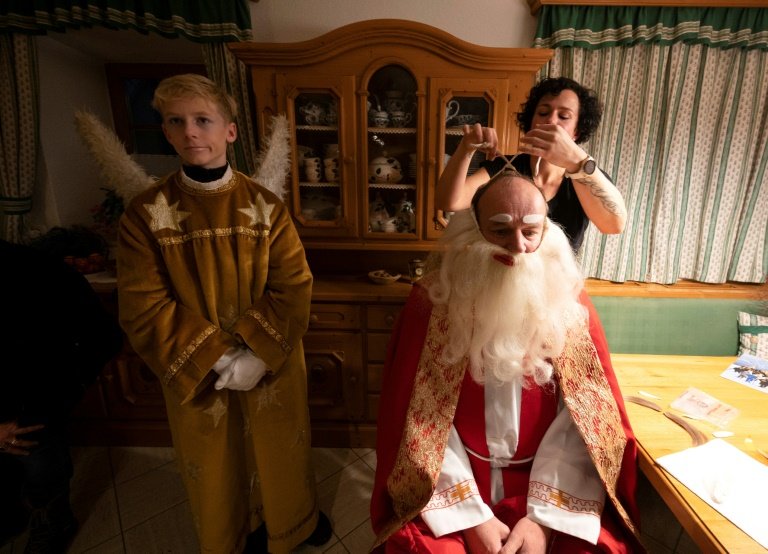 The procession of 130 performers -- men from the town -- begins at nightfall, and passes from inn to inn in the town, around 300 kilometres (187 miles) west of Vienna.

Once only, and as long ago as World War I, did a woman play the part of an angel and only then because they were one man short.

The play begins with 12 straw-covered silhouettes called "Schab" who clear a path by loudly cracking their whips in a specific eight-beat pattern. 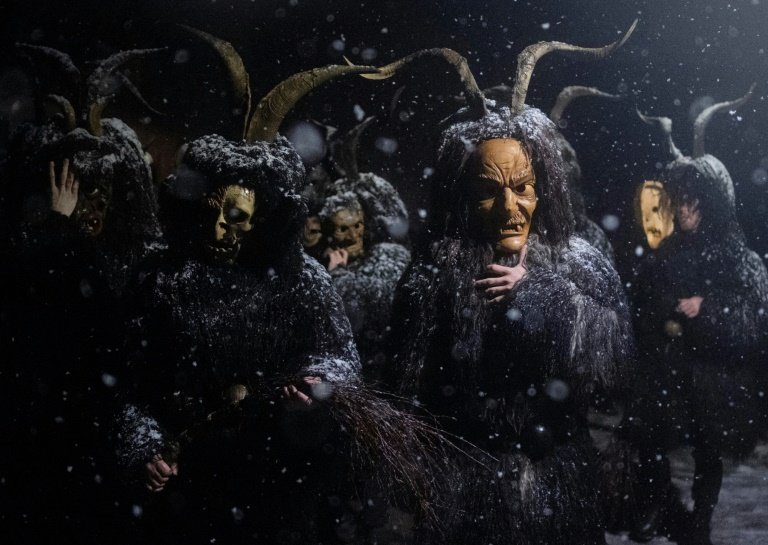 At each inn, Saint Nicholas questions children on their knowledge of catechism.

Those with the right answers are gifted bags of sweets. Those who get it wrong are whisked away by the "Krampus" -- Saint Nicholas's helpers whose stunning sheepskin costumes include hand-carved wooden masks.

These characters then beat the crowds to punish them for having sinned, letting out terrifying howls.

The masks have been largely preserved in their original form -- with the oldest mask dating back to 1938. 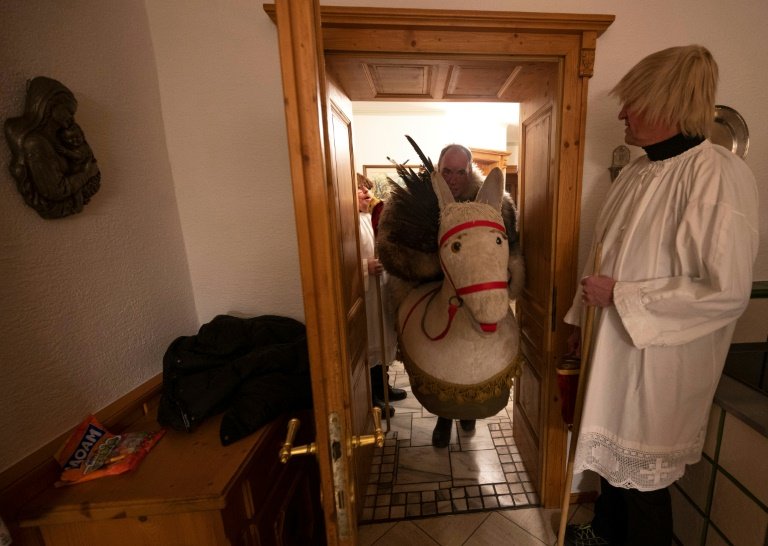 Revellers prepare to take part in the Nikolospiel / © AFP

The Krampus' beatings have become less severe over the years and now target adults more than children.

"We are very proud to have preserved our tradition," said Martin Rainer, 56, who heads the group that organises the play, which won its UNESCO intangible cultural heritage status in 2020.

"We are certain we'll be able to continue it in the next century because of younger people's interest," he added.

Rainer said: "150 years ago, it was a way for the Catholic Church to get its message across to older farmers, who could neither read nor write".

Essentially the message was: "If you don't behave and obey, Krampus might grab you and you end up in hell!" he added.