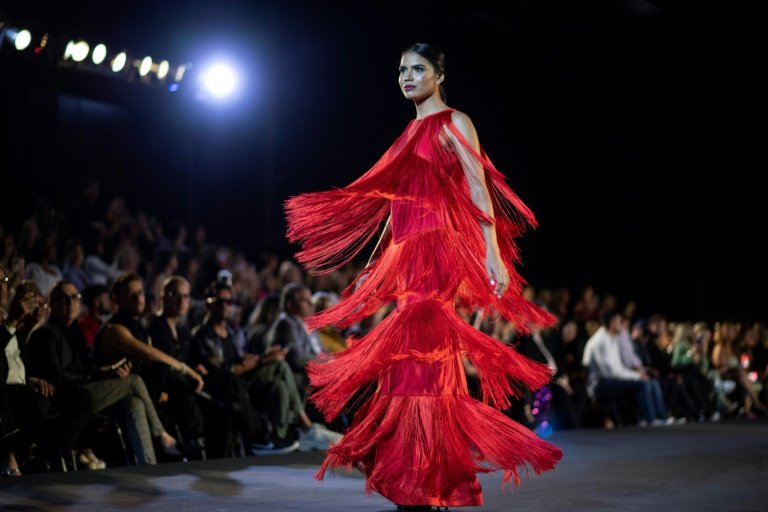 With a series of vibrant evening dresses and urban futuristic metallic ensembles, designers at a Venezuelan fashion week sought to revive an industry in the doldrums after years of economic turmoil.

Venezuela, known for a love of style and pomp often seen in its myriad beauty pageants, had not held a fashion week for almost two decades until the industry event was revived earlier this year.

The second edition of that event wrapped up this weekend in the industrial northern city of Valencia, with top designers such as Angel Sanchez -- who has dressed stars such as Meryl Streep, Sandra Bullock and Beyonce -- parading their creations on the runway.

It was the first time in 10 years that Sanchez, 62, who has appeared at New York Fashion Week and Madrid Fashion Week, held a show in his native Venezuela. 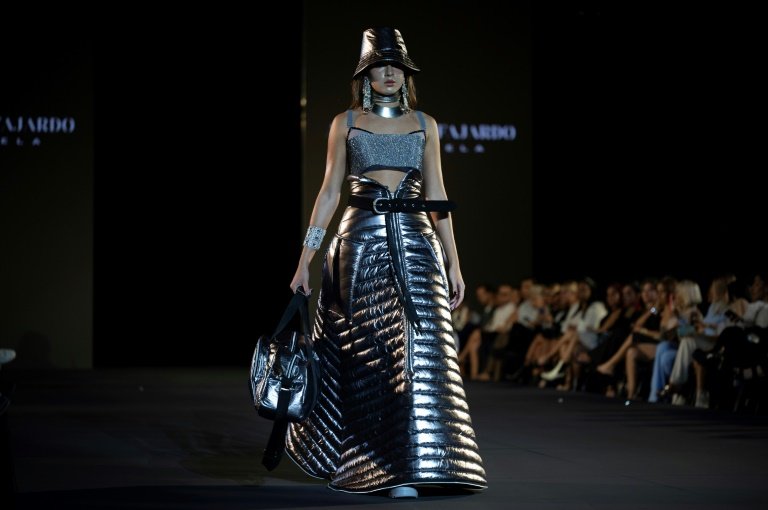 He told AFP it was "the perfect opportunity to reconnect with my country, with my work and with colleagues."

"I believe that Venezuela has always been a leader in fashion. I remember when I started 35 years ago, we emerging talents had fashion weeks, so I am happy to see the concept is back."

Restarting the Venezuelan event in which designers present their latest collections was the brainchild of Venezuelan model Romina Palmisano, who returned to the country in the past year to try to revive the neglected fashion industry.

"At an economic level, Venezuela is a country facing an uphill battle in every way, from manufacturing to purchasing supplies," said Palmisano, who acknowledged the economic difficulties, but is convinced of the fashion industry's potential. 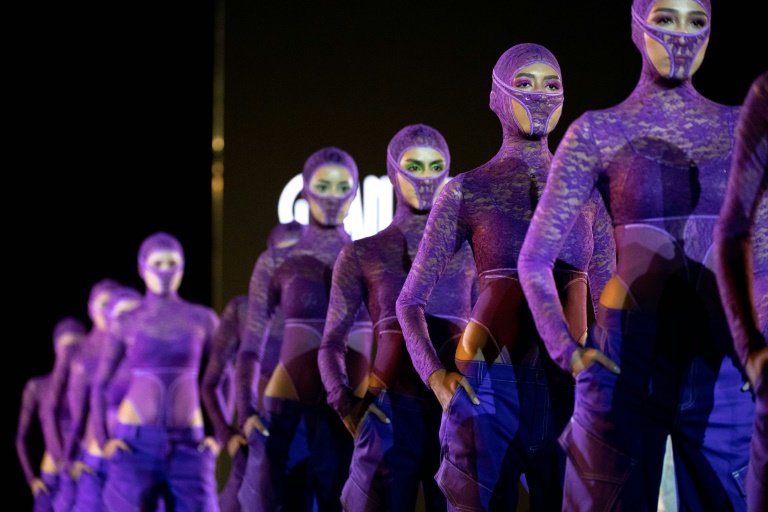 After years of hyperinflation and a currency in free fall that plunged Venezuelans into misery and pushed more than six million to flee the country, the ravaged economy has shown signs of recovery.

The de facto dollarization of the economy and easing of price controls have allowed businesses and merchants to increase imports, resulting in a greater variety of products on offer and new shops opening up selling clothes, shoes and more.

Sanchez said that holding a fashion week was crucial to "give space for the fashion world to recover at a professional level."

At the fashion week, his classic, elegant evening dresses were each named after one of his famous clients.

The Italian-Venezuelan designer Giovanni Scutaro created an "ode to Spain" with his most recent collection's flamenco vibes, which he carried off via black and red colors, pleats, jackets and hats. 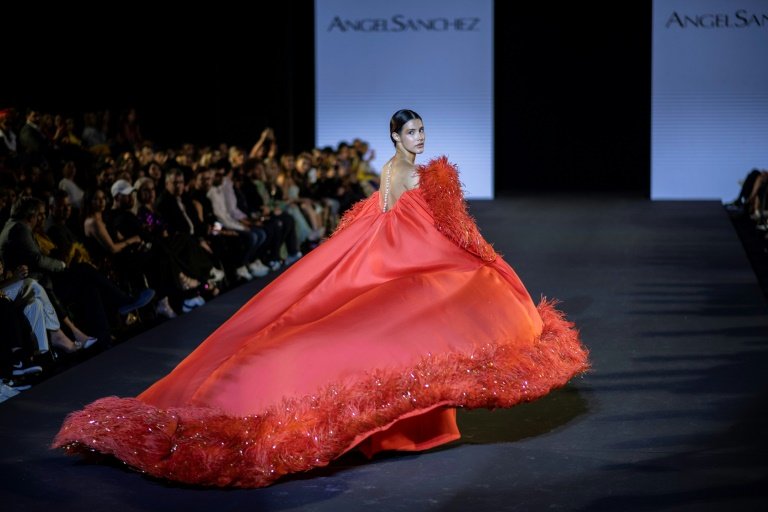 A model presents a creation by Venezuelan designer Angel Sanchez, who has dressed stars like Meryl Streep and Sandra Bullock / © AFP

Scutaro said Venezuela is a "noble country with capable people. People like fashion, this is not a country that rejects fashion. It is a country that really invests a lot in its physical appearance."

Two Colombian brands graced the catwalks: Cubel with its avant-garde urbanism, and Agua Bendita with a series of brightly colored swimsuits.

Adding a touch of feminism to the show, Venezuelan brand Kosh worked the phrase "God is a woman" into its designs.