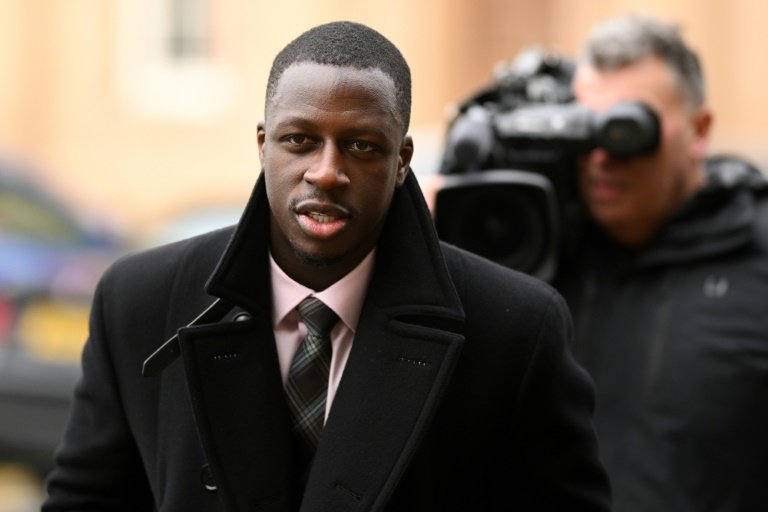 The jury in the UK trial of France footballer Benjamin Mendy retired on Monday to consider its verdicts against the Manchester City star in the long-running case.

Mendy, 28, is on trial at Chester Crown Court in northwest England, charged with seven counts of rape, one of attempted rape, and another of sexual assault, against six young women.

Both men deny the charges.

Judge Steven Everett told the jury of eight men and four women that if verdicts could not be reached this week, they will return to court on December 19 to continue deliberations.

The court is not sitting on Friday or on any days next week, he noted.

"There is no pressure of time," Everett added. "Don't feel under any pressure."

Prosecutors have branded Mendy, who was arrested last year and is currently suspended by his club, a "predatory serial rapist" who lured young women into "toxic and dangerous" situations at parties.

The trial, which began in August, heard the alleged assaults took place at a flat Mendy rented in Manchester city centre and at "after parties" at his home in leafy Cheshire.

Matturie is said by the prosecution to have been the "fixer" who identified and invited women to the parties from VIP lounges of nightclubs in the city.

In evidence, Mendy has denied lying to "save his own skin", despite admitting having sex with women "within seconds and minutes" of meeting them.

He acknowledged that he had sex with many women but insisted he always stopped if they said "no".

Character witnesses for Mendy at the trial have included his boss, Manchester City manager Pep Guardiola.