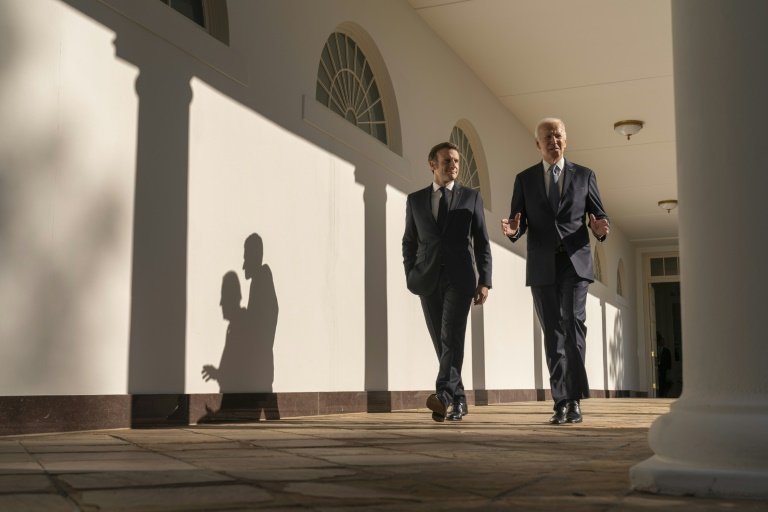 Between the hugs, hand clasps, compliments and musings over love, it's safe to say that Joe Biden and Emmanuel Macron cemented le bromance Thursday.

This was a state visit with all the pomp and ceremony that the White House can muster.

Soldiers, airmen, more soldiers but wearing 18th century uniforms, complicated exchanges of presidential gifts, red carpets, and 200 live lobsters making the voyage from Maine to be eaten at a sumptuous dinner -- they all played their roles.

But at the heart of the diplomatic razzmatazz were just two men in dark suits: 80-year-old Biden and his French guest, 44-year-old Macron.

And the clear verdict after hours together, including nearly two hours sitting by the cozy fireplace in the Oval Office, was that this duo really appreciate each other. 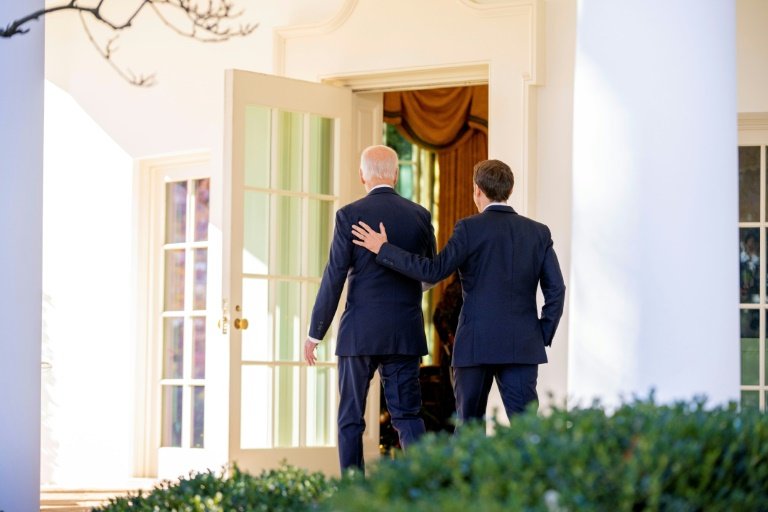 Presidential handshakes in front of the media at the start of summits are a staple of news photography -- the "grip-and-grin" shot.

They hugged. They took turns putting a hand on each other's shoulder or in the small of the back while walking along. Throughout one especially prolonged hand clasp, Macron gazed right at his host, while Biden looked out sideways, over the arrayed journalists.

Their words were no less warm.

Asked why he'd invited Macron before any other foreign leader for the first state visit of his presidency, Biden answered without hesitation: "Because he's my friend."

Macron, a short while later, echoed: "Joe Biden has also become a friend."

And Biden made clear that his admiration goes well beyond the personal, saying "Emmanuel is not just the leader of France -- he's one of the leaders of Europe." Macron, he said, is "very, very commanding in Europe." 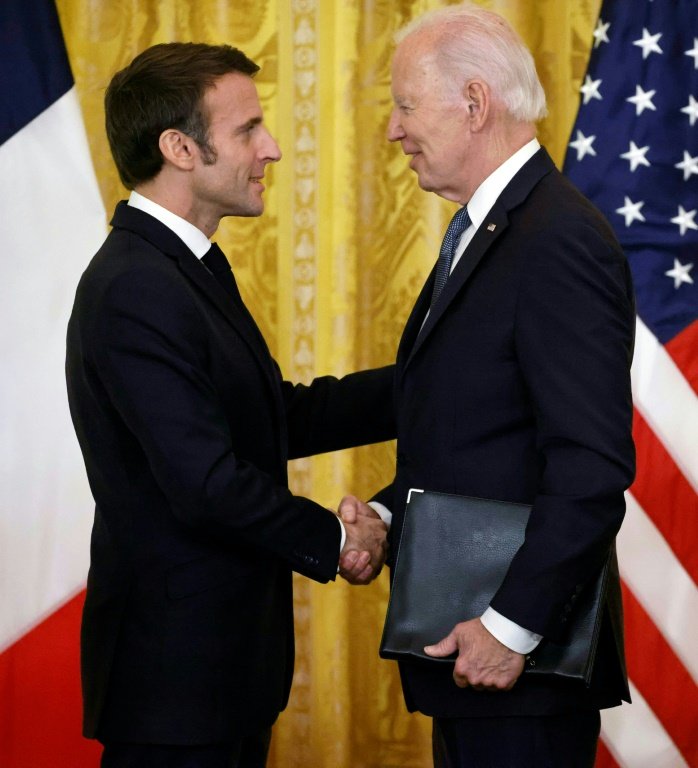 Not to be outdone, Macron took a compliment from the elder US statesman and batted it right back.

"Dear Joe, you elegantly thanked France for the role we played in the historical agreement between Israel and Lebanon," Macron said, referring to a recent deal to demarcate the sea border between the two countries.

"Let me be honest: I think most of the work was yours."

But Biden batted the same compliment back yet again.

"Well, thank you Emmanuel. I began to refer to you in private as my 'closer,' of that deal with Lebanon and Israel. We did negotiate, but we needed a closer to get the job done, and you did it."

The joint press conference saw Macron slipping seamlessly, while talking in French, from the stiffly formal "vous" to the familiar, friendly "tu" to say "you" to Biden.

Caught up in the atmosphere, a French journalist got right to the point, framing the day's complex geopolitical and trade issues in terms more appropriate to a romantic movie set in Paris.

"In French, President Biden, we say there is no love, there is only proof of love," the reporter said. "Do you feel that your French friend will go home very much reassured?"

Macron answered, at length, saying "we're not here simply, really, to ask for proof of love. We came here to agree on the strategy, to clarify."

"I'm going home confident, as well as lucid, as to what remains to be done on the European side." 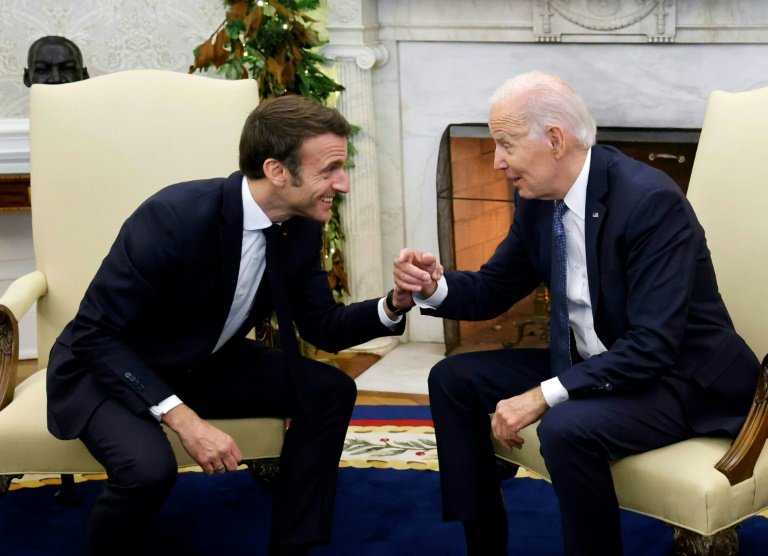 Laughter rippled through the room. Smiling, Biden followed up: