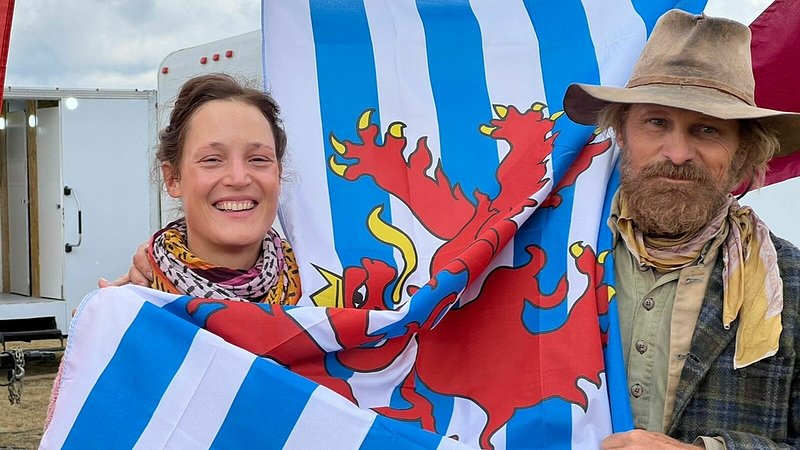 The Luxembourgish actress is currently working with Mortensen on the set of 'The Dead don't Hurt', which the actor most famously known for portraying King Aragorn in the 'Lord of the Rings' film series directs himself.

US American actor and filmmaker Viggo Mortensen decided to collect flags from all the nations represented at his latest film set. Vicky Krieps, recently nominated as 'Best European Actress of the Year' for her portrayal of Empress Elisabeth of Austria in the film 'Corsage', thus provided Mortensen with Luxembourg's famous Red Lion ensign, with which they subsequently posed together for a picture.

Krieps is starring as the female lead character in the upcoming Western.