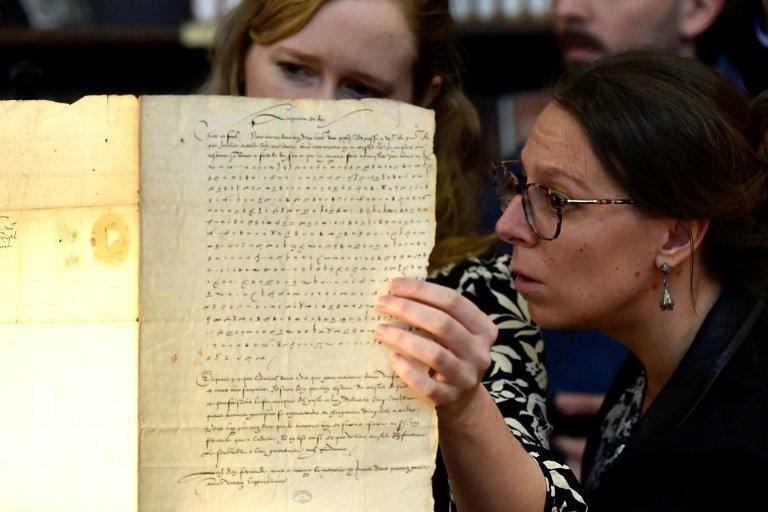 A team of researchers has cracked a five century-old code which reveals a rumoured French plot to kill the Holy Roman Emperor and King of Spain Charles V.

Charles was one of the most powerful men of the 16th century, presiding over a vast empire that took in much of western Europe and the Americas during a reign of more than 40 years.

It took the team from the Loria research lab in eastern France six months to decipher the letter written in 1547 by the emperor to his ambassador in France.

The tumultuous period saw a succession of wars and tensions between Spain and France, ruled at that time by Francis I, the Renaissance ruler who brought Leonardo da Vinci from Italy.

The letter from Charles V to Jean de Saint-Mauris had languished forgotten for centuries in the collections of the Stanislas library in Nancy.

Cecile Pierrot, a cryptographer from Loria, first heard of its existence at a dinner in 2019, and after much searching was able to set eyes on it in 2021.

Bearing the signature of Charles V, it was at once mysterious and utterly incomprehensible, she told reporters on Wednesday. 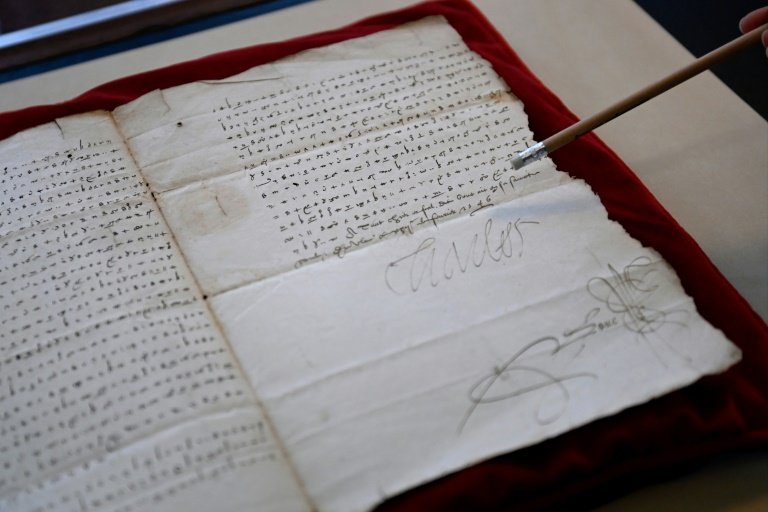 Red herrings: the emperor used symbols which mean nothing to mislead his adversaries / © AFP

"Whole words are encrypted with a single symbol" and the emperor replaced vowels coming after consonants with marks, she said, an inspiration probably coming from Arabic.

In another obstacle, he also used symbols that mean nothing to mislead any adversary trying to decipher the message.

The breakthrough came in June, when Pierrot managed to make out a phrase in the letter, and the team then cracked the code with the help of historian Camille Desenclos.

"It was painstaking and long work but there was really a breakthrough that happened in one day, where all of a sudden we had the right hypothesis," she said.

Another letter from Jean de Saint-Mauris, where the receiver had doodled a form of transcription code in the margin, also helped.

Desenclos said it was "rare as a historian to manage to read a letter that no one had managed to read for five centuries."

It "confirms the somewhat degraded state" in 1547 of relations between Francis I and Charles V, who had signed a peace treaty three years earlier, she said.

But relations were still tense between the two, with various attempts to weaken each other, she said. 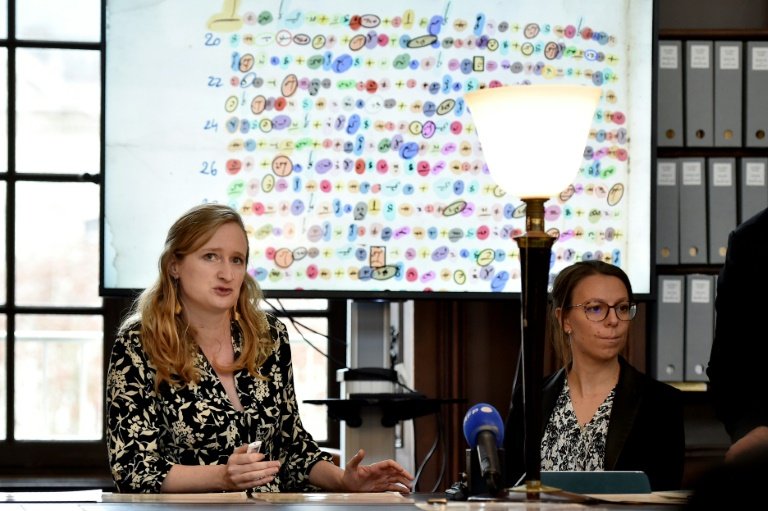 So much so that one nugget of information revealed was the rumour of an assassination plot against Charles V that was said to have been brewing in France, Desenclos said.

She said "not much had been known" about the plot but it underlined the monarch's "fear".

The researchers now hope to identify other letters between the emperor and his ambassador "to have a snapshot of Charles V's strategy in Europe", she said.

"It is likely that we will make many more discoveries in the coming years," the historian said.