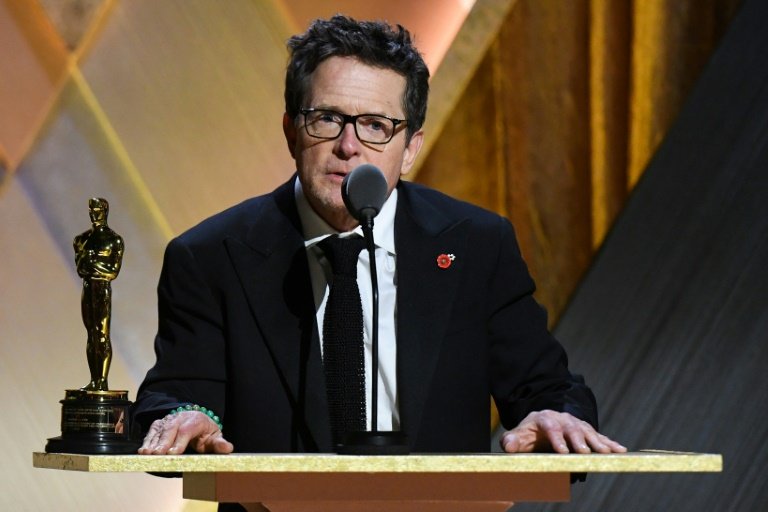 Michael J. Fox, who shot to stardom in the "Back to the Future" films, receives an honorary Oscar for his humanitarian work on Parkinson's disease / © AFP

Michael J. Fox was awarded an honorary Oscar Saturday for his campaign to fund Parkinson's research since being diagnosed with the neurodegenerative disease at the peak of his acting career.

Fox received the Academy of Motion Picture Arts and Sciences' annual statuette for humanitarian work by a film industry figure at a black-tie gala crammed with Hollywood's biggest stars in Los Angeles.

"You're making me shake, stop it," joked Fox as he received a standing ovation, before describing his award as "a wholly unexpected honor."

Canadian actor Fox, 61, shot to stardom in the "Back to the Future" films while portraying time-traveling high-school student Marty McFly.

The trilogy between 1985 and 1990 thrust DeLorean time machines and gravity-defying hoverboards into the popular imagination.

About 10 million people worldwide have Parkinson's, which erodes motor functions.

Woody Harrelson, who starred alongside Fox in the film "Doc Hollywood" at the time of his diagnosis, told the audience Saturday: "I just couldn't believe it because there's such an invincible, superhuman quality about Mike.

"Well, he never missed a step, never wallowed in self-pity... instead he turned a chilling diagnosis into a courageous mission," he added. 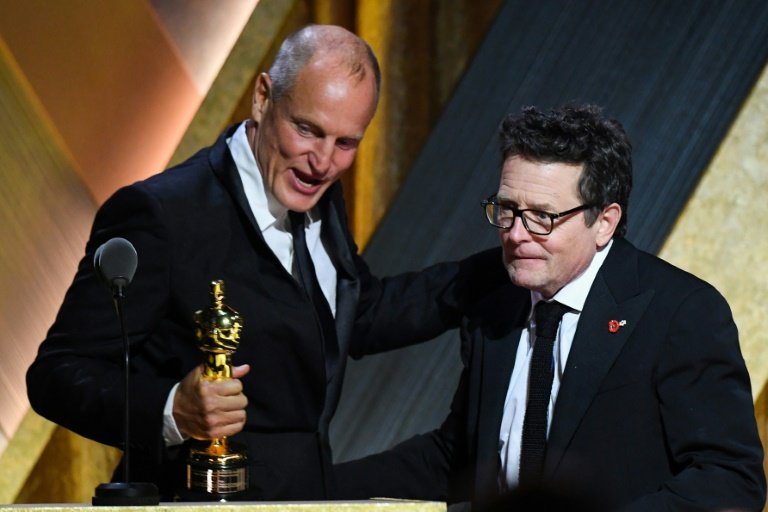 He semi-retired a few years later, dedicating himself to his Parkinson's foundation and raising more than $1 billion for research.

"It was clear that an aging, under-served patient base could use some help," he said.

"There was nothing heroic about what I did," said Fox.

Fox, who permanently retired from acting in 2020, has suffered multiple broken bones and injuries from falls in recent months, requiring surgery on his shoulder.

But he walked to and from the stage Saturday, asking his wife and former "Family Ties" co-star Tracy Pollan to help carry his statuette off.

The honorary Oscars are handed out every year to recognize lifetime achievement, and were spun off into a separate event in 2009 to declutter the main show's packed schedule.

Previous winners of Fox's Jean Hersholt Humanitarian Award -- handed out by the Academy most years since 1957 -- include Angelina Jolie, Oprah Winfrey and Elizabeth Taylor. 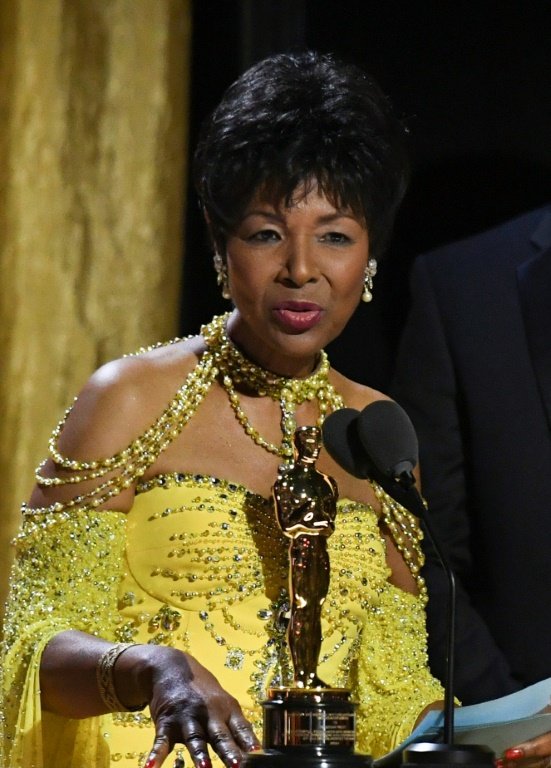 Euzhan Palcy, a filmmaker from the Caribbean island of Martinique, receives an honorary Oscar / © AFP

Also awarded a golden statuette for career achievement on Saturday was Diane Warren, the songwriter behind hits such as Aerosmith's "I Don't Want to Miss a Thing," who has been nominated for 13 competitive Oscars without winning.

"I've waited 34 years to say this -- I'd like to thank the Academy," Warren said to raucous applause.

"I've had a lot of speeches that got crumpled up in my pocket," she joked.

Peter Weir, the Australian director who made global smash hits such as "Witness," "Dead Poets Society" and The Truman Show," made a rare return to Hollywood to collect his Oscar. 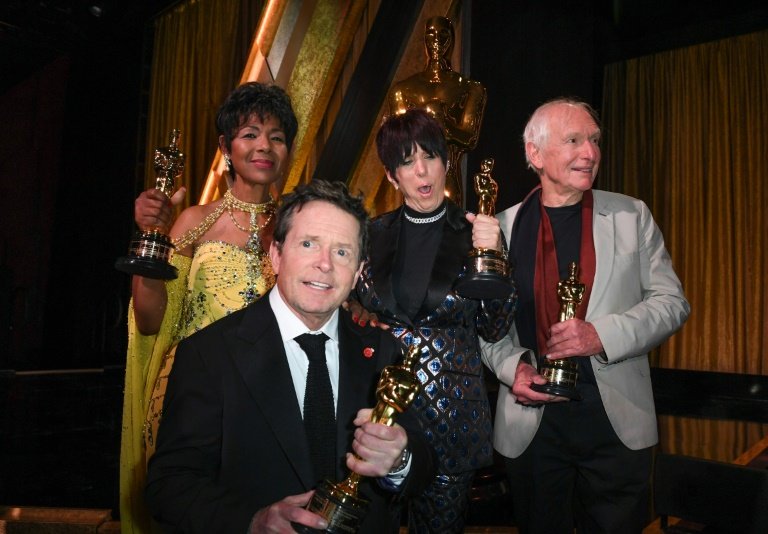 Euzhan Palcy, a filmmaker from the French-speaking Caribbean island of Martinique, received a statuette for a career including "A Dry White Season" -- her 1989 film about South African apartheid that lured Marlon Brando out of retirement.

Palcy, who has largely stopped making films, said she became "so tired of being told I was a pioneer" and "hearing praise for being the first of too many firsts but denied the chance to make the movies" she wanted to make.