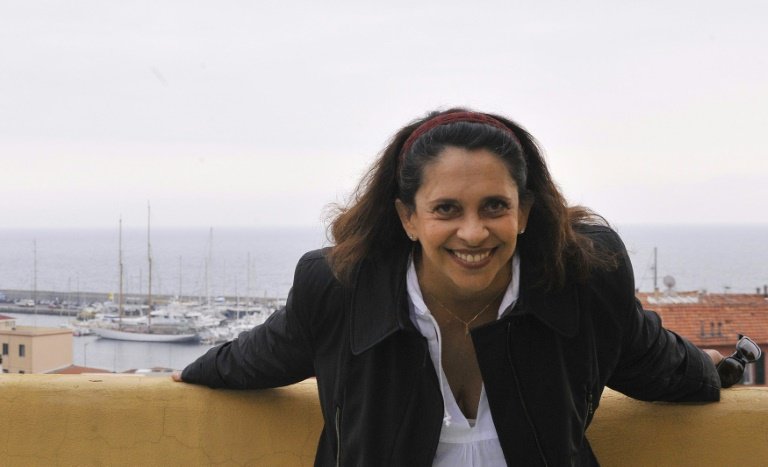 Celebrated Brazilian singer Gal Costa, whose crystalline voice and transgressive sensuality made her the muse of the trailblazing "Tropicalia" movement in the 1960s, died Wednesday, her public relations agency said. She was 77.

With her mane of brown curls, seductive smile and versatile talent, Costa sang with some of the biggest names in Brazilian popular music from the '60s on, immortalizing many of their songs, including works by Tom Jobim, Chico Buarque, Milton Nascimento and her lifelong friend Caetano Veloso.

She recorded a slate of hits including "Baby," "Que Pena," "Chuva de Prata" and "Divino Maravilhoso" across a nearly six-decade career that produced more than 30 albums and earned her a lifetime achievement award at the Latin Grammys in 2011.

"It is with great sadness and a heavy heart that we confirm the death of singer Gal Costa this morning" at her home in Sao Paulo, her agency said in a statement.

It did not specify the cause of death.

Costa canceled a concert at a Sao Paulo music festival last Saturday on doctors' advice, after undergoing surgery in September to remove a nodule from her right nasal cavity.

But she had been expected to return to the stage, and her website still listed her upcoming performances.

News of her death brought an emotional outpouring in Brazil and beyond.

"I'm very sad and shaken by the death of my sister @GalCosta," tweeted Gilberto Gil, the famed singer-songwriter and former culture minister.

She was "one of the best singers in the world... (and) brought the sounds of Brazil to the entire planet," he wrote.

"The country... lost one of its great voices today."

Costa found her calling early in the northeastern city of Salvador, where she met Veloso, his sister Maria Bethania and Gil -- all on their way to becoming giants of Brazilian music.

She followed them to Rio de Janeiro in the 1960s, determined to make it as a singer.

"She had never wanted to do anything else," Veloso wrote in his 1997 memoir, "Tropical Truth."

"Her beautiful voice and sweet presence were enough for us to see how she could become... a queen of pop. (But) as she liked to say... she would not be just another commercial singer, but a new kind, with an intelligent repertoire."

The following year, Tropicalia was born, an experimental, politically charged fusion of Brazilian sounds with jazz, pop, psychedelic rock and other influences.

Costa sang on the landmark collaborative album that announced the movement's arrival, "Tropicalia ou Panis et Circensis," along with Veloso, Gil, Tom Ze, the band Os Mutantes and others.

When Veloso and Gil were arrested and forced into exile by Brazil's military dictatorship in 1969, Costa became a leading spokeswoman for Tropicalia and Brazil's counter-culture.

Born Maria da Graca Costa Penna Burgos, the singer nicknamed "Gal" was exposed to music even before birth by her mother, Mariah, who used to hold a radio to her pregnant belly.

"She emerged from the womb with a made-to-order voice," said Ze, her childhood neighbor.

Beyond her musical talent, Costa became a sex symbol and icon of the changes sweeping Brazil in those turbulent times, sporting a "black power" hairstyle, colorful, revealing outfits and sometimes showing her breasts on stage.

After Tropicalia disbanded in 1968, Costa constantly reinvented her style, bouncing from samba to rock to soul to disco.

She maintained her discreet but persistent political activism throughout her life, criticizing far-right president Jair Bolsonaro's policies on culture and the arts.

She kept her private life largely to herself, but occasionally posted on social media about her son, Gabriel, whom she adopted in her 60s.

"He brought me so much life," she said.

Costa is survived by Gabriel, now 17, her agency told AFP.

A public wake will be held Friday at the Sao Paulo state legislature, followed by a private funeral, it said.