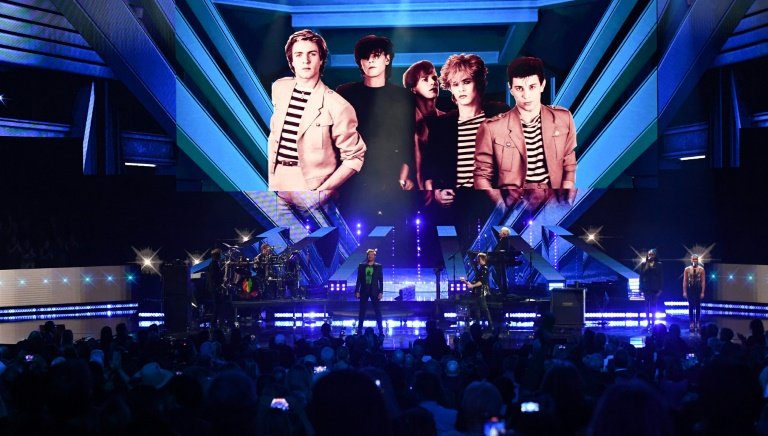 The Rock and Roll Hall of Fame was meant to serve as a reunion for 2022 inductee Duran Duran, but former member Andy Taylor was unable to attend, with the band revealing his cancer diagnosis during their onstage speech Saturday.

In accepting the honor, frontman Simon Le Bon read an open letter from Taylor, who said that just over four years ago he was diagnosed with stage 4 metastatic prostate cancer.

"Many families have experienced the slow burn of this disease and of course, we are no different," Taylor wrote. "So I speak from the perspective of a family man but with profound humility to the band, the greatest fans a group could have, and this exceptional accolade."

Taylor said the disease was "not immediately life-threatening" but "there is no cure."

"Despite the exceptional efforts of my team, I had to be honest in that both physically and mentally, I would be pushing my boundaries," Taylor said.

"However, none of this needs to or should detract from what this band (with or without me) has achieved and sustained for 44 years."

"We love Andy dearly," he said. "I'm not gonna stand here and cry, I think that would be inappropriate, but that's what it feels like."

The 1980s hit British band broke ties with Taylor in 2006, citing an "unworkable gulf" between him and the New Wave innovators.

Former member Warren Cuccurullo, who was initially expected to attend, also did not go to the 2022 ceremony in Los Angeles.