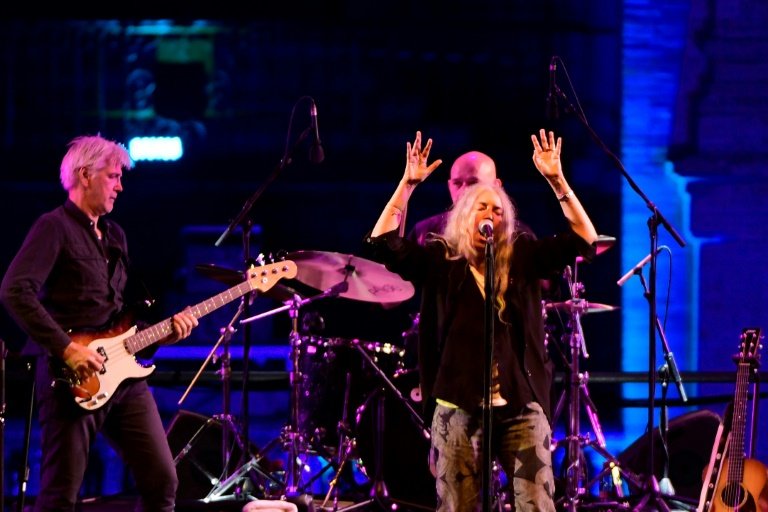 Her Godmother of Punk Rock icon status made her a household name, but for Patti Smith, it's writing where she finds her true artistic voice.

Along with her musical performance and literary pursuits, Smith is a painter and photographer, but if she had to choose one form?

"Writing is my most essential form of expression," the artist told AFP in Chicago, where she recently received the prestigious Ruth Lilly Poetry Prize.

Smith, who was inducted into the Rock and Roll Hall of Fame in 2007, is perhaps best known for her seminal punk album "Horses."

But poetry was an earlier love, and "Horses" begins with lines from a poem that she penned.

"Performing poetry, reading poetry was very strong in New York in the late 1960s and early 1970s," she said.

But "I had so much energy and was really a child of rock and roll, so standing there reading a poem was never satisfying to me," Smith continued.

"I quickly merged my poems with a few chords as something to propel me to improvise more poetry, and it sort of evolved into a rock and roll band."

While Smith's album and her band went on to critical acclaim, writing always was at its backbone, she said, pointing to her song "Redondo Beach" which was initially a poem.

"Throughout all my albums and even the prose that I write, poetry is still a thread," she said.

"Horses" is widely considered one of the best albums of all time, but for Smith it was her 2010 book "Just Kids" -- a memoir she promised her best friend and muse Robert Mapplethorpe that she would write hours before he died -- that became her life's greatest success. 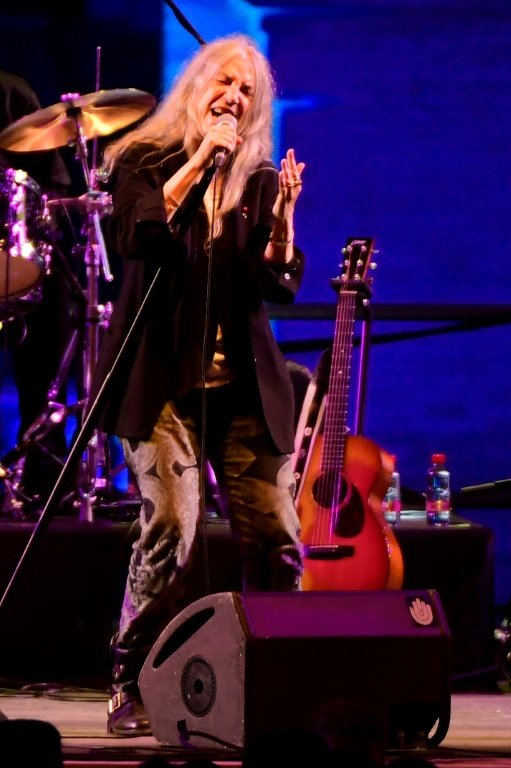 Smith says writing is her most essential art form / © AFP

"I'd never written a book of nonfiction, but he asked me if I would write our story," she recalled.

Mapplethorpe, a photographer, died at age 42. He and Smith shared a deep friendship, romance and lifelong creative bond.

"My greatest success in my life has been the book that he asked me to write and it almost makes me cry. Robert got his wish and I kept my vow and wrote the book as best I could."

"Just Kids" won The National Book Award and introduced Smith to an entirely new generation of fans, while outselling all of her music albums along the way.

She said young people used to tell her "Horses" changed their lives -- but "it was usurped by 'Kids.'"

"I think it's really opened up many doors for me," she continued. "Other books were examined and people read them and now when we have our concerts, it's a wonderful thing to step on stage and see a sea of people under 30, even under 25."

"To see all these young people who are interested in your work and giving of their energy, I'm so grateful for that."

Smith, who turns 76 this December, said she has no plans to slow her output.

She's set to release "A Book of Days" later this month, a volume based on her Instagram account's musings.

She's also considering a serialized book entitled "The Melting," based on her Substack account posts.

Smith has maintained her prolific output for years but she says "things don't necessarily come easy."

"I've had to plug away my whole life."

She considers herself an optimist but she's "deeply concerned and heartbroken" about the state of the world right now, citing environmental crises along with the rise of nationalism globally and the Russian invasion of Ukraine.

"There's so many things happening simultaneously right now, it's overwhelming," she said. "But I have kids, so I'm always seeking in my mind ways to make the world better for them."

Persevering means writing daily and trying her best to help others.

"We just have to keep doing our work and find a way to keep ourselves healthy and just help one another. It seems so elemental but it's also required," she said.

Smith said she's working on writing a new song inspired by the women protesting in Iran, and still believes, like one of her famous songs, that people have the power.

"I absolutely believe it," she said. "It's just whether we choose to use it or not. That's what the women of Iran are doing."

"That's the only tool we have."