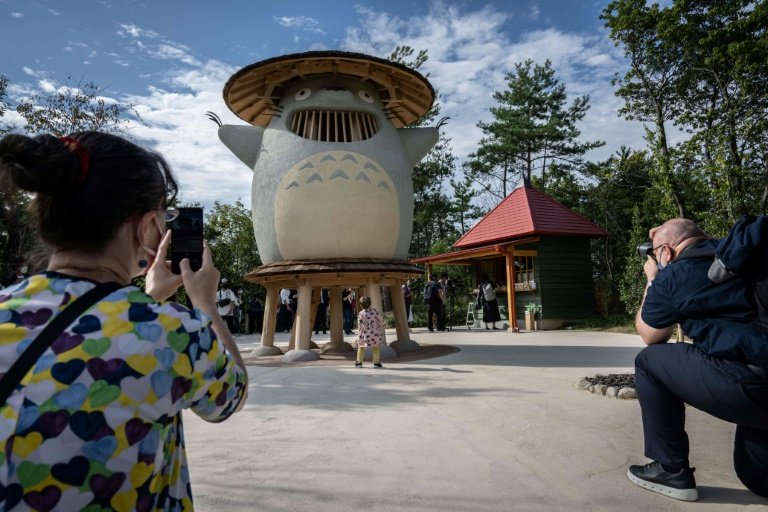 A huge grinning Totoro and other whimsical exhibits welcomed visitors to Japan's new Ghibli theme park as three of its five sections opened to the public on Tuesday.

The attraction in central Japan has been long awaited by fans of Studio Ghibli's beloved animations, from "Howl's Moving Castle" to the Oscar-winning "Spirited Away".

Now a fluffy Cat Bus, a life-sized No-Face and recreations of buildings from the films are ready for visitors less than a month after the country fully reopened its borders to foreign tourists.

Tickets are reservation only, and are already sold out until the end of the year.

One middle-aged visitor, who described himself as "a huge fan", told broadcaster TV Asahi he had been queuing to enter the park since the previous day.

"Congratulations!" said a hand-drawn note posted on Twitter by Studio Ghibli, illustrated with a row of figures resembling the spirit creature Totoro and signed by the company's co-founder Hayao Miyazaki.

Ghibli producer Toshio Suzuki also spoke of his excitement at a ceremony on Monday ahead of the opening.

"I didn't sleep very well last night. It's a bit different from a film release," he said.

Spread over 7.1 hectares (17.5 acres) of a 194-hectare (480-acre) park in Aichi region where the 2005 International Expo was held, the site features large open-air areas in keeping with the importance of nature in Ghibli films.

Among the three sections now open is the "Hill of Youth", the gateway to the park that features an elevator tower inspired by Ghibli films including "Castle in the Sky".

Elsewhere, "Dondoko Forest" evokes the retro peace of the 1988 classic "My Neighbour Totoro", with bucolic walking paths and an enormous Totoro figure.

A major draw will be Ghibli's Grand Warehouse, a hangar-like indoor portion of the park with various attractions, including 14 sets from 13 of the studio's film classics.

Visitors can stroll along an alley designed to look like the opening scene of "Spirited Away," or perch on the red velvet-covered train seat in a carriage next to the movie's instantly recognisable "No-Face" character.

Aichi region is predicting an influx of 1.8 million visitors a year once all five areas of the park are open from next year, with an estimated annual economic impact of 48 billion yen ($324 million). 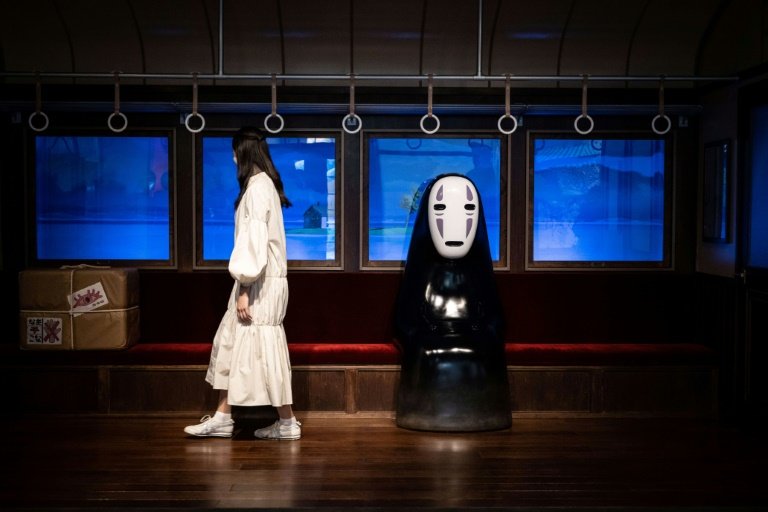 Studio Ghibli, founded in 1985 by Miyazaki and fellow animator Isao Takahata, has captivated fans around the world with works blending nostalgia, courage, greed and interaction with the natural world.

The studio already operates the hugely popular Ghibli Museum on the outskirts of Tokyo, which offers tickets only at the beginning of each month and regularly sells out within hours.