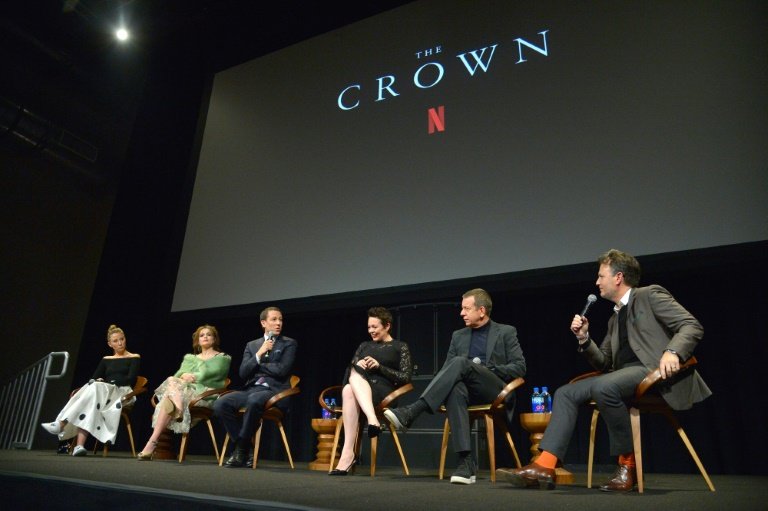 Netflix has added a disclaimer to its hit series "The Crown" after a former British prime minister and acting royalty accused the streaming giant of confusing truth with fiction in its story lines.

The move came after one episode in the latest series showed the then Prince Charles plotting to oust his mother as monarch.

The four currently available seasons of the show now appear on Netflix's website with the words: "Inspired by real events, this fictional dramatization tells the story of Queen Elizabeth II and the political and personal events that shaped her reign."

Netflix had consistently resisted calls for it to add a disclaimer.

The fifth series which focuses on the 1990s is due to be released on November 9.

One episode depicts heir to the throne Charles attempting to draw then prime minister John Major into a conspiracy against his mother, which Major slammed as "damaging and malicious" fiction.

Veteran actress Judi Dench -- who has played the role of Queen Victoria -- added her voice to the critics on Wednesday, describing the series as "cruelly unjust" to the royal family.

The Oscar-winning thespian, also the intelligence chief "M" in recent James Bond movies, berated Netflix in a letter to The Times newspaper and demanded the addition of a disclaimer.

Previous story lines that have prompted criticism include one in which the late Prince Philip, the queen's husband, is blamed by his father for causing his sister's death.

Royal biographer William Shawcross last week told AFP the series was filled with "lies and half-truths", and that Philip had been "incredibly upset" by the unfactual story line.

A spokeswoman last week defended the show as a "fictional dramatisation, imagining what could have happened behind closed doors".