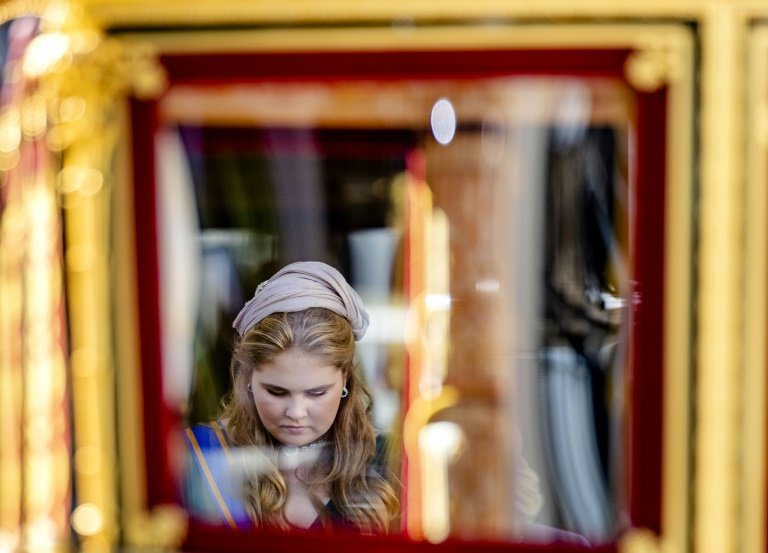 Dutch crown princess, 18-year-old Catharina-Amalia, has moved from her student digs in Amsterdam to the royal palace due to threats to her security, the royal family said on Thursday.

The heir to the Dutch throne was only venturing out to attend classes at the University of Amsterdam, they said.

King Willem-Alexander spoke of a "very tough" situation during a state visit to Sweden.

"It has huge consequences for her life. It means she doesn't live in Amsterdam and also that she can't really go outside," said Queen Maxima, according to the Dutch outlet AD.

The princess has moved back to the Huis ten Bosch royal palace in The Hague.

"The consequences are very difficult for her. No student life for her, like other students have... It's not nice to see your child live like that. She can go to university, but that's it," Queen Maxima said.

Princess Amalia is pursuing a bachelor's degree in politics, psychology, law and economics.

There were no details of the nature of the threats.

Prime Minister Mark Rutte branded it a "terrible" situation and said he was "very worried", according to Dutch public television NOS.

"I guarantee that our security services are working day and night to ensure her security," Justice and Security Minister Dilan Yesilgoz-Zegerius tweeted in Dutch.

The mass-circulation De Telegraaf had reported in September that security had been beefed up for the crown princess due to fears she could be targeted by criminals.