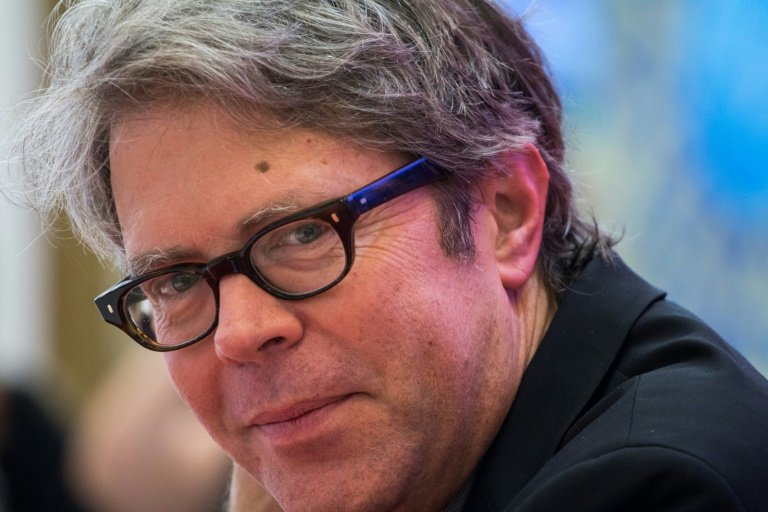 Jonathan Franzen, a writer beloved by millions of readers, likes coming to Europe where he doesn't face "the baggage" his public persona carries back in the United States.

Novels such as "The Corrections" and "Freedom" have made him one of the foremost literary authors of his generation in the United States, and his most recent, "Crossroads", is seen by some critics as his greatest achievement yet.

But in his home country, his success has been blighted by a somewhat cranky public image that has seen him painted as the epitome of the privileged white man -- someone even set up the web address "ciswhitemale.com" to go straight to Franzen's Facebook page.

At 63, he is patient with his critics.

"America was created by white men. It's still run by white men to the advantage of white men," he told AFP. "If you're a white male writer, you're automatically under suspicion, you're part of the power structure.

"For younger people, especially in these highly political times, I'm wrong until proven right. Anything I do. And I understand that and I accept that. I'm not bitter about it, because I have had enormous privileges simply by being white and middle class in the US."

His reputation for snobbish privilege was born of a few controversial opinion pieces and public statements, as well as his refusal to have "The Corrections" featured on Oprah Winfrey's book club.

All of which makes him happy to be visiting Europe, where "Crossroads" has just been released.

"In the US, I'm still the guy who offended Oprah, the guy who says unpleasant things on the subject of climate, or the guy who hates cats -- that's the level it is in the US," he said.

"People over here don't have that baggage."

One topic on which he remains unapologetic is climate change, on which he has written extensively -- often angering activists and scientists with his pessimistic outlook.

"The assumption (of activists) is that if we just build enough wind farms, we can save the planet. Sorry, that's not the reality," he said.

"We've passed the tipping point... There's a lot of work to be done in strengthening all sorts of structures to better withstand the increasingly violent shocks we're going to get because of climate change."

As for his day job, Franzen's aim, clearly set out in an essay in the 1990s, has been to address societal issues through highly accessible writing and relatable characters.

"There are certain readers who really like hardcore crazy stuff, but there are a lot of readers who read for character and story and I feel that's my community.

"Crossroads" -- which tracks five members of a family in a small US town in the 1970s -- feels like the pinnacle of this focus on character, and is his first not to be set in the present day.

Critics and fans have loved it, with the New York Times calling it "warmer than anything he's yet written".

He knows, however, that his reputation effectively rules out any more awards to add to his National Book Award for "The Corrections".

"I get nice emails from readers. They say thank you for "The Corrections", thank you for "Crossroads". To get one of those in a year makes it all worth it," he said.

"Even if I had some chance of winning another prize in America -- which I don't -- it's like... who cares?"

One question that he is tired of answering is when the sequel is coming, since he initially presented "Crossroads" as the start of a trilogy.

He confirms that he has written some follow-on parts, set in later periods, but said: "It's no fun to write a novel if I know what I am going to do with it.