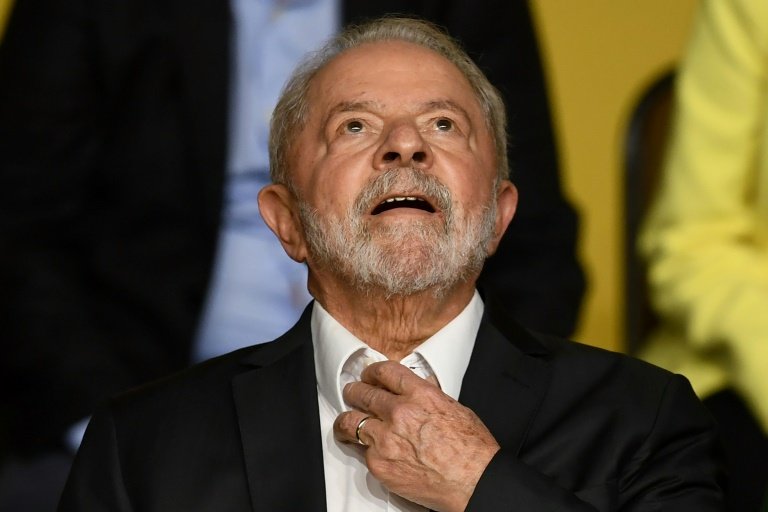 Luiz Inacio Lula da Silva will be hoping his record as the most popular president in Brazilian history can trump the ignominy of a graft conviction to hand him a third term at the helm -- 12 years after his last.

Known for his political skill and folksy touch, Lula left office in 2010 as a blue-collar hero who presided over a commodity-fueled economic boom that helped lift 30 million people out of poverty.

His approval rating stood at an unprecedented 87 percent.

But he then became mired in a massive corruption scandal that engulfed some of Brazil's most influential politicians, business executives and the Workers' Party (PT).

Lula was jailed in 2018, effectively eliminating him as the favorite in that year's presidential race -- which Bolsonaro won.

He spent more than 18 months in prison before being freed pending appeal.

His convictions were thrown out last year by the Supreme Court, which found the lead judge on the case was biased. Lula has led Bolsonaro in the opinion polls ever since.

The leftist icon has rejected any idea of seeking vengeance if re-elected.

"I stayed calm, preparing myself as Mandela prepared for 27 years, as Gandhi prepared all his life, to get out of prison without anger," he told supporters in Sao Paulo last week, describing himself as a man of "peace and love."

Lula has crisscrossed Brazil on the campaign trail, avoiding large crowds for security reasons, and never without his bullet-proof vest.

As much as he is beloved among the poor, Lula is detested in equal measure by Bolsonaro backers as the very incarnation of Brazilian corruption.

He has, however, recovered better from the reputational blow than his Workers' Party has -- distrust of the party was a major reason for Bolsonaro's 2018 victory. 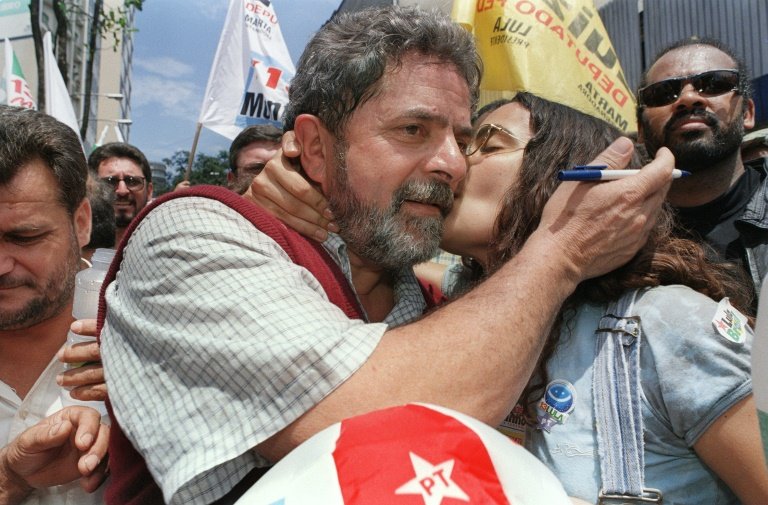 Despite fears at the time that his brand of leftism would be too radical, Lula's 2003-2010 administration mixed trailblazing social programs with market-friendly economic policy.

He gained a reputation as a moderate and pragmatic leader.

Lula also turned Brazil into a key player on the international stage, helping secure it the 2014 World Cup and the 2016 Olympics in Rio de Janeiro.

Lula was once called "the most popular politician on Earth" by no less than Barack Obama.

But just as he settled into the role of elder statesman, he was clobbered by "Operation Car Wash" -- the sweeping investigation that uncovered a massive web of corruption centered on state-run oil company Petrobras.

Prosecutors struggled to prove that Lula masterminded the scheme.

He was sentenced instead to 26 years for accepting a triplex beach apartment and renovations at a ranch property as bribes for greasing access to juicy Petrobras contracts.

Lula has always denied the accusations.

- From poverty to president -

Lula grew up in deep poverty, the seventh of eight children born to a family of illiterate farmers in the arid northeastern state of Pernambuco.

When he was seven, his family joined a wave of migration to the industrial heartland of Sao Paulo.

Lula worked as a shoeshine boy and peanut vendor before becoming a metalworker at the tender age of 14.

In the 1960s, he lost a finger in a workplace accident.

He rose quickly to become head of his trade union, and led major strikes in the 1970s that challenged the then-military dictatorship.

In 1980, he co-founded the Workers' Party, standing as its candidate for president nine years later.

This is his sixth presidential campaign.

The father of five survived throat cancer and in 2017 lost his wife of four decades, Marisa Leticia Rocco, to a stroke.

In his trademark gravelly voice, Lula has said he is again "in love as if I were 20 years old" with Rosangela "Janja" da Silva, a sociologist and PT activist whom he married in May.

If he wins, Lula has said he will not seek a second term.