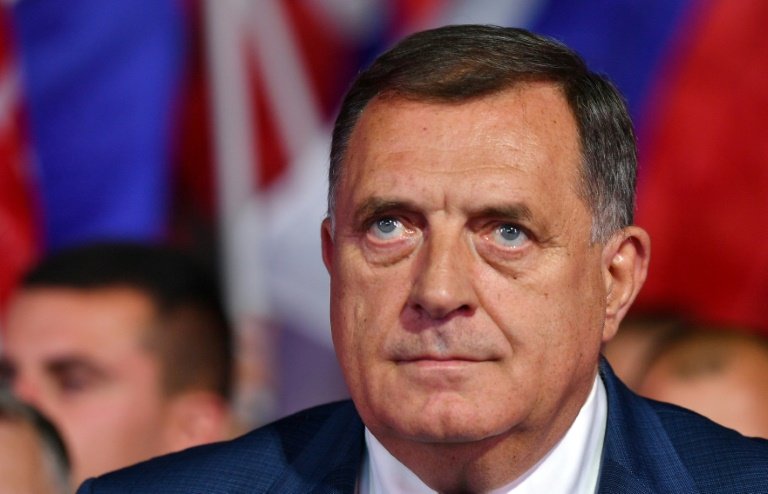 For nearly 20 years, Milorad Dodik has been one of the major political players in post-war Bosnia -- a country he openly despises.

Once a darling of the West, the 63-year-old leader of the Bosnian Serbs has transformed over the years into a hardline nationalist, and forged deep ties with the likes of Hungary's Viktor Orban and Russian President Vladimir Putin.

Since 2006, Dodik has dominated Bosnia's Serb-majority region, holding a range of offices including a seat in the country's tripartite presidency.

On Sunday, he hopes to be elected as the president of the Republika Srpska -- Bosnia's Serb entity -- a post he has held twice before.

If elected, Dodik will likely pursue a well-worn, separatist agenda that has seen him attempt to chip away at the country's institutions.

"Bosnia and Herzegovina is not the place where we want to stay for long," Dodik said during a recent campaign stop.

"If it were up to us, we wouldn't be here anymore."

During his four years serving in Bosnia's tripartite presidency, Dodik made headlines with his brazen secessionist moves, while avoiding spending time in the capital Sarajevo -- a place he referred to as a "foreign land".

For months, he threatened to pull the Serb entity from the country's central institutions, including Bosnia's army, judiciary and tax system -- resulting in a fresh round of sanctions from the United States in January.

Dodik remained defiant, saying: "If they think that they will discipline me like this, they are grossly mistaken." 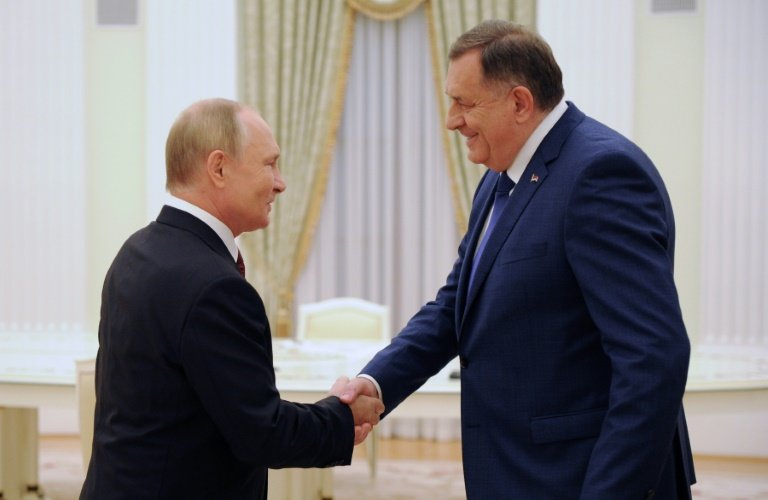 Only days before the election, he took a break from the campaign trail to fly to Moscow for a personal sitdown with Putin, who Dodik hailed as a "great global leader" after the meeting.

The dramatic moves by Dodik have renewed anxiety in Bosnia that his plans, if executed, could undermine the peace accords that ended years of fighting in the 1990s in Bosnia that saw nearly 100,000 killed.

Born in 1959, Dodik, a towering figure over six feet (1.80 metres) tall, may have dreamt of a career in basketball but found his calling in politics.

In fact, he owes his rise to the West, who supported what they thought was a moderate social democrat in a conflict-scarred country.

In the late 1990s, Dodik was one of the few politicians whose reputation was left largely unsullied by the brutal war of the 1990s.

He made a name for himself by challenging Radovan Karadzic, then political leader of the Bosnian Serbs who was later convicted for war crimes for his role in the conflict.

At the time, Dodik called for Karadzic and Ratko Mladic, the Serb military chief dubbed the "Butcher of Bosnia", to be tried at the Hague.

In 1998, US secretary of state Madeleine Albright described Dodik as a "breath of fresh air".

But after finding initial success, Dodik appeared to start changing his tone after getting battered at the polls in 2000.

Following that loss, he embraced more nationalist rhetoric -- and won.

Six years later, he proposed a referendum for independence for the Republika Srpska that never materialised, but added to his popularity.

Since then, he has maintained an iron-fisted grip over the political scene in the Republika Srpska. 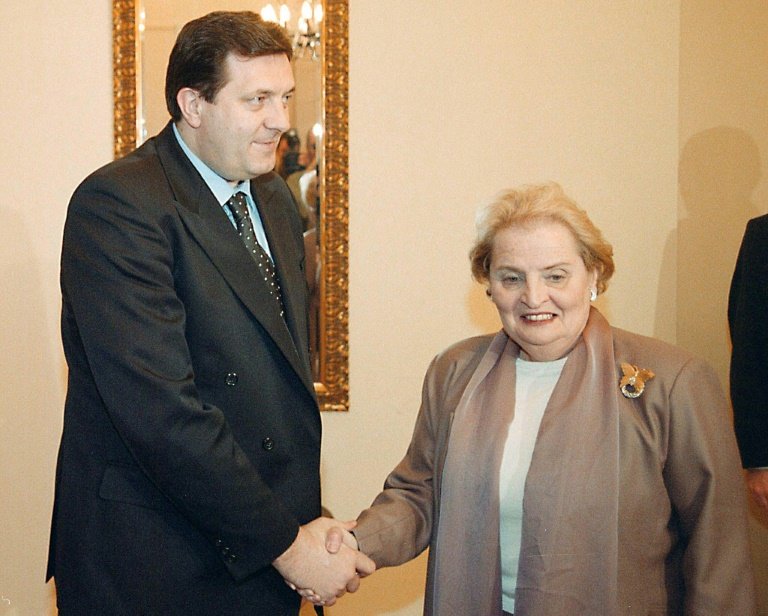 Over the course of his career, he has served two stints as prime minister and another two as president of the entity along with a term as the co-president of Bosnia.

The hardline rhetoric along with frequent appearances at parties -- where he has been known to imbibe shots of brandy and belt out folk songs -- appears to have won him many fans among Bosnia's Serbs.

On Sunday, Dodik will face off with Jelena Trivic, a 39-year-old university professor, who has taken a page from his nationalist playbook by declaring the creation of the Republika Srpska in the early 1990s as "the greatest Serbian victory of the 20th century".

But analysts see little chance of him being knocked from his perch at the polls.

"There is no chance that he will lose the elections," Ranko Mavrak, a Sarajevo-based analyst, told AFP.

"He has put too many resources under his control and he is generously spending those resources to preserve his political power."