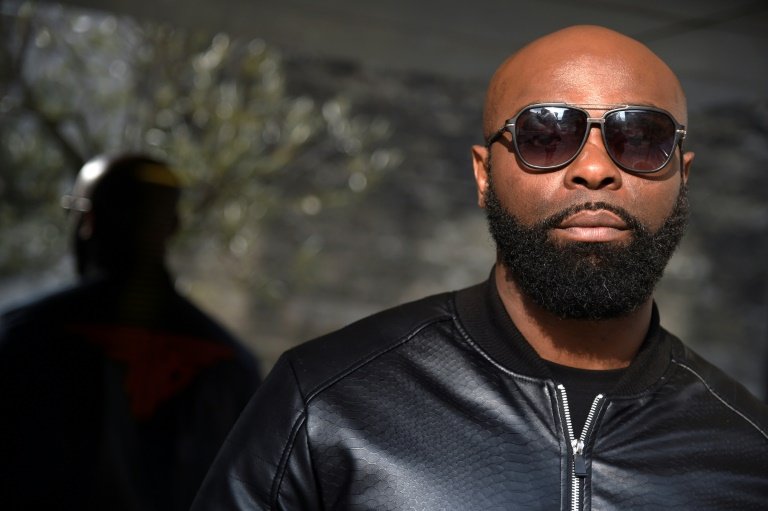 French rapper Kaaris was taken into custody for questioning on Wednesday over domestic violence allegations that he kicked and punched a former partner, prosecutors said.

The 42-year-old is famous for his 2013 album "Or Noir" ("Black Gold") that helped popularise trap music, a subgenre of hip hop, in France.

He turned himself in to a police station in Saint-Genevieve-des-Bois, outside Paris, in response to a summons, prosecutors said.

He will be questioned later Wednesday alongside his accuser, identified as Linda P. for legal reasons, her lawyer Adrien Gabeaud said.

The rapper's ex-partner, with whom he has a child, filed a criminal complaint against him in July, prompting Kaaris to lodge his own complaint for a false report.

Linda P. "is still suffering from the domestic violence" she alleges the rapper committed in January 2021, Gabeaud said.

But a lawyer for Kaaris, Yassine Maharsi, said that "our client is innocent".

In her complaint, Linda P. said that the violence took place after Kaaris suddenly began acting distantly, which upset their child.

She discovered that he had moved to a new house and went to find him there, where she claims he kicked and punched her in the garage as well as tore out her fingernails.

Linda P. said that she had to use crutches and wore a splint on her leg for two weeks afterwards.

Her complaint also targeted a woman who was with Kaaris on the day, for failing to come to the aid of a person in danger.

In his complaint against his ex-partner, he said she "conjured out of nothing the violent acts that she later reported to judicial authorities", adding that her aim was to "exert a form of media, judicial and financial pressure" on him.

Kaaris, born in Ivory Coast as Gnakouri Okou, has been known for dark sounds and crude lyrics on his five solo albums since the release of the successful and critically acclaimed "Or Noir".

In recent years, his feud with his former mentor Booba has made headlines, including for a 2018 brawl at a Paris airport that saw both men sentenced to suspended jail terms.