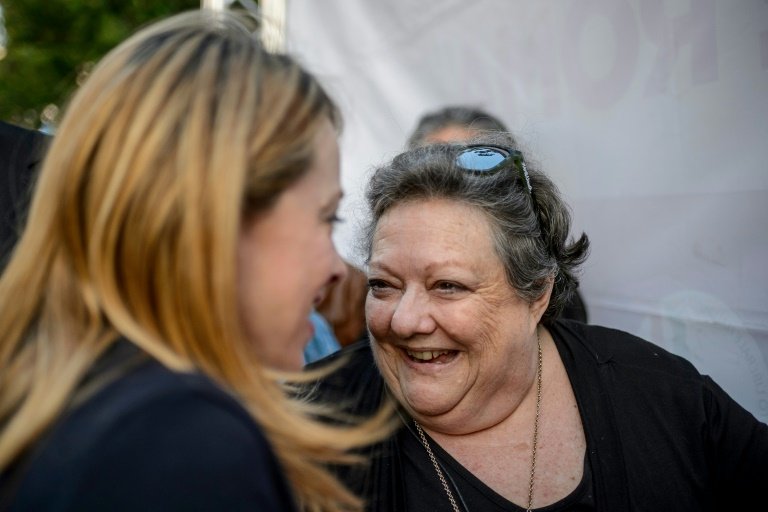 A like-minded sister, a brother-in-law tipped for government and a campaigning mother -- politics is a family affair for Italian far-right leader Giorgia Meloni, even if her partner does not share all her views.

The 45-year-old is on course to become Italy's first woman prime minister after her Brothers of Italy party, which has neo-fascist roots, triumphed in Sunday's general election.

The self-described "Christian mother" has put defending traditional family values at the heart of her campaign, and her own family is key to both her backstory and support network.

Meloni is very close with her older sister Arianna, who was also involved in far-right politics from a young age. 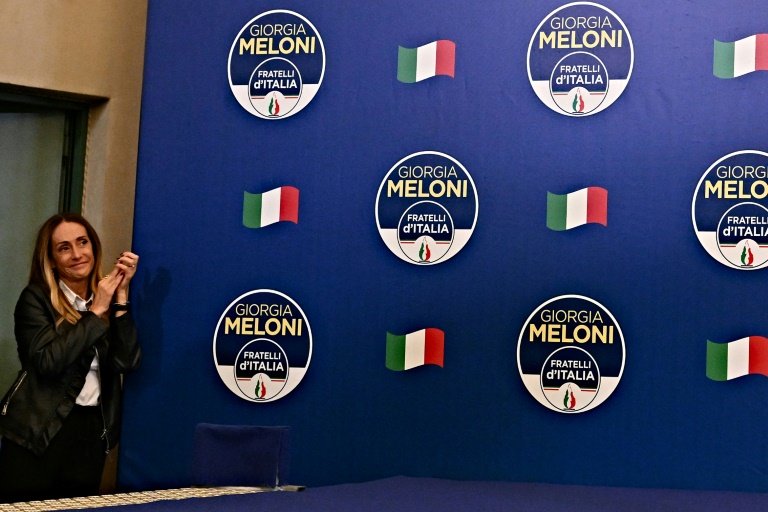 Meloni is very close to her older sister Arianna / © AFP

Arianna is part of the Brothers of Italy family, married to Francesco Lollobrigida, head of the party's parliamentary group in the lower Chamber of Deputies and tipped for a ministerial post in a Meloni-led government.

Talking to La Stampa daily after the election, Arianna described her sister as "very brave and very determined" and a "perfectionist".

She rejected suggestions that Meloni -- who campaigned on a motto of "God, country and family" -- would change Italy's abortion laws, saying: "She is on the side of women and acquired rights."

The sisters were brought up in the working-class Rome neighbourhood of Garbatella by their mother, Anna Paratore, who has herself a keen interest in politics.

In an interview with French television in 1996 -- in which then-teen activist Meloni praised dictator Benito Mussolini -- Paratore was presented as a long-time activist for the post-fascist right.

After the elections, her mother -- a romantic novelist who has been an enthusiastic supporter of her daughter's career -- dismissed as "nonsense" concern about Meloni's radical past.

Paratore added that she would be happy to see the end of the citizens' income, an anti-poverty measure criticised for encouraging unemployment that Meloni has pledged to abolish.

"I rejoice in her success, but I don't know if I would have wished her all this," she told Corriere della Sera newspaper, noting the challenges ahead.

Paratore brought up her daughters alone after their father walked out when Meloni was very young, moving to the Spanish Canary Islands.

In her best-selling autobiography published last year, Meloni describes how her mother almost had an abortion when she was pregnant with her, only to change her mind at the last minute.

Meloni also wrote about the absence of her father, saying it left "perhaps a deeper wound than a father who dies... because when he leaves you are forced to deal with his ghost".

She holds up her own experience of parenthood as part of her appeal, declaring in a 2019 speech that went viral: "I am Giorgia, I am a woman, I am a mother, I am Italian, I am Christian."

The day after Sunday's vote, she posted on Instagram a note from six-year-old Ginevra, saying: "Dear mummy, I am so happy that you won. I love you so much!" 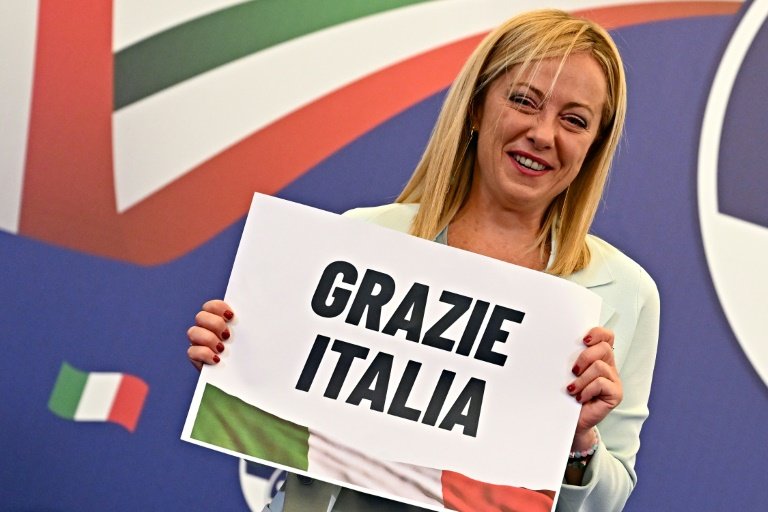 Ginevra's father is television journalist Andrea Giambruno, 41, who Meloni met in a broadcast studio while giving an interview.

Meloni has said that Giambruno -- who the press note would become Italy's "First Gentleman" if Meloni becomes premier -- is "on the left" politically and "we don't have the same ideas".

However, in an interview Wednesday with Corriere, Giambruno -- who works for Silvio Berlusconi's Mediaset media empire -- said: "It was a joke, I'm not on the left.

"It's just that we have divergent views on some ethical issues, such as assisted suicide."

Asked about their discussions on LGBTQ rights, drug legalisation and abortion, Giambruno said there was "no discussion on abortion", as Meloni will not challenge the law.

"On the rest, we don't argue, we talk, and each puts their position across," he told the newspaper.

The couple are not married but Meloni has dismissed as "nonsense" suggestions her marital situation is at odds with her political emphasis on the importance of children having a mother and a father.

"If you are not married you cannot defend the natural family based on marriage. A bit like saying you if you are young, you cannot care about the problems of the elderly," she wrote in her book.

She added: "Andrea is intelligent and confident in himself. He is very good at his job, and this makes him one of the few men in the world capable of not suffering if they have a successful woman next to them."