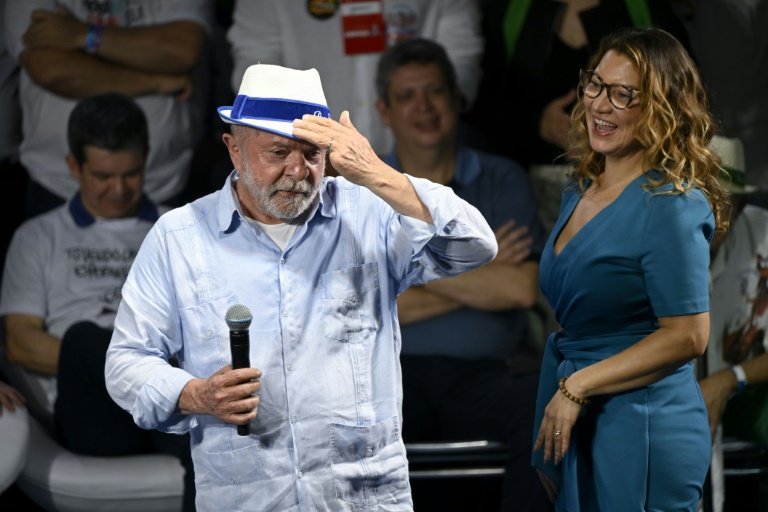 Rosangela da Silva, a sociologist and left-wing activist who married Luiz Inacio Lula da Silva in May, has promised to give new meaning to being first lady if her husband wins Brazil's election.

"I am as in love as if I were 20 years old," the former two-term president has said of his wife, a long-time member of the Workers Party.

He is 76, she 56. This age difference seems to have breathed new life into Lula, a leftist icon in Brazil. He was deeply saddened by the 2017 death of Marisa Leticia, his wife of 30 years, with whom he has four children.

"When you lose your wife, and you think, well, my life has no more meaning. Then suddenly, this person appears who makes you feel like you want to live again," Lula told Time magazine in an interview published in May.

Rosangela da Silva was born in the south of Brazil and earned a sociology degree from the university in Curitiba, capital of Parana state. She worked there for 20 years for Itaipu Binacional, a public utility that runs the Itaipu dam, one of the world's biggest.

In 1983 she joined the Workers Party, which Lula had co-founded two years earlier.

- A kiss outside prison -

Brazilian press reports say the two have known each other for decades, but Lula's press people say their romance began only in late 2017 at an event with left-leaning artists.

But the love affair between this smiling woman with long chestnut hair and the aging lion of the Brazilian left became widely known only in May 2019, while Lula was serving a prison sentence on a corruption conviction.

"Lula is in love, and the first thing he wants to do when he gets out of prison is get married," said one of his lawyers after a visit with Lula. 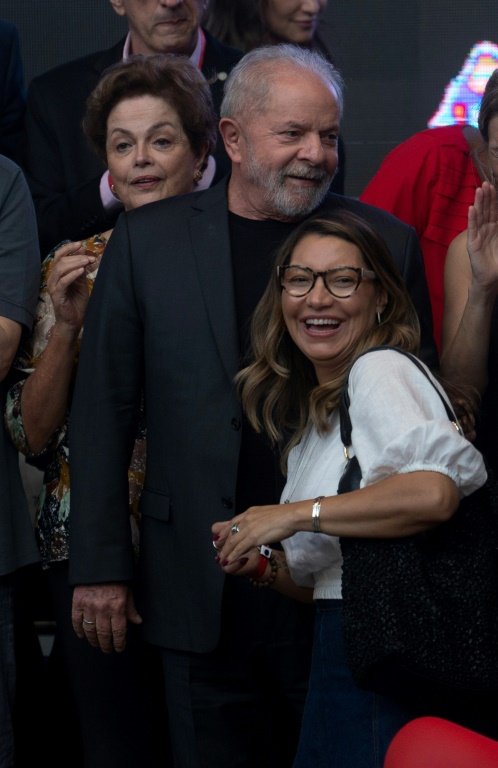 Brazilian press reports say the two have known each other for decades, but Lula's press people say their romance began only in late 2017 at an event with left-leaning artists / © AFP

In the end, the two wed only this year. It was a discreet ceremony -- by Lula's standards. The 200 guests included celebrities like singer Gilberto Gil, who had served as culture minister under Lula.

While Lula was in prison, "Janja," as Rosangela is nicknamed, would pen affectionate tweets about him. "All I want to do is hug you and cuddle with you non-stop," she wrote on his 74th birthday.

In November 2019, shortly after Lula's release from prison, they shared a kiss before a crowd gathered outside the prison in Curitiba, where Lula had spent 18 months locked up.

While she has been active in Lula's campaign, on stage and on social media, Rosangela da Silva is very private with her personal life. The magazine Veja says she was previously married for more than 10 years and has no children.

"I want to give new meaning to the role of first lady, by focusing on topics that are priorities for women, such as food insecurity or domestic violence," she said last month.

Since the Supreme Court vacated Lula's conviction in early 2021, allowing him to run for president again, Janja has traveled with him often, including to other countries.

She was one of the stars of his campaign kickoff on May 7, playing a new version of the song that was his signature tune during his first presidential campaign in 1989.

And she is helping to organize a campaign event on Monday bringing together celebrities, intellectuals, social activists and top Brazilian musicians.