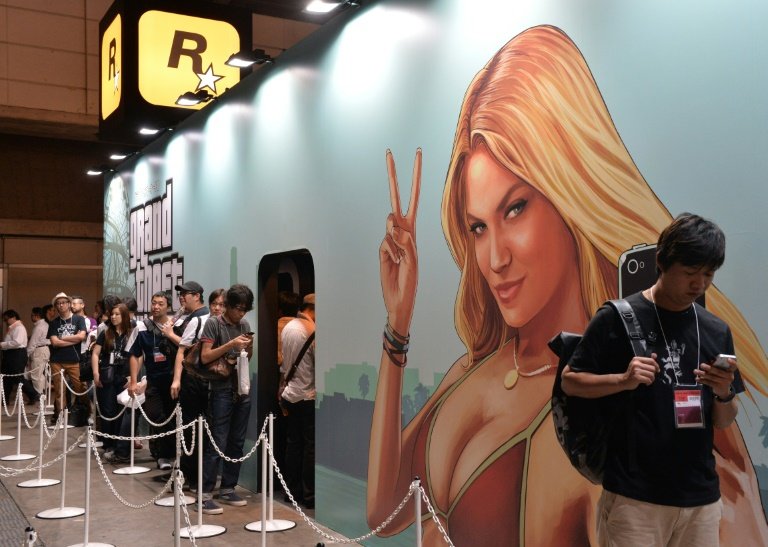 Grand Theft Auto 5, the last iteration of the game, was released in 2013 and has since sold 170 million copies and generated some seven billion dollars / © AFP/File

The video game industry is coming to terms with one of the biggest hacks in its history, after footage was leaked online of "Grand Theft Auto 6" -- the next instalment of one of the world's most popular franchises.

The game had not even been formally announced by publisher Rockstar Games and the footage that surfaced on social media on Monday was far from finished.

On the same day, early footage from "Diablo 4", a game set for release next year, was also shared online.

And Rockstar is just the latest in a long line of video game firms to have suffered from such leaks -- Activision-Blizzard, Electronic Arts, Ubisoft and Capcom have all been in the same situation.

The most severe case came last year, when hackers made off with the source code -- the fundamental architecture -- of the games "Cyberpunk 2077" and "The Witcher 3" from Polish publisher CD Projekt RED.

Analysts and experts told AFP that Rockstar might face problems with the marketing and release of the game, but the wider industry was only lightly affected by the steady stream of hacks and leaks.

The company issued a defiant statement earlier in the week, confirming the breach but denying it would cause any difficulties.

"Our work on Grand Theft Auto will continue as planned," Rockstar said in a statement on Twitter that was liked more than one million times.

The firm added that it did not envisage any long-term effects for any of its projects.

Grand Theft Auto 5, the last iteration of the game that revolves around heists and street violence, was released in 2013 and has since sold 170 million copies and generated some seven billion dollars in revenue.

The next release, which has been teased, is among the most anticipated games ever.

Industry figures were quick to offer support to developers whose unfinished work was being widely critiqued online.

"To my fellow devs out there affected by the latest leak, know that while it feels overwhelming right now, it'll pass," wrote Neil Druckmann of Naughty Dog studio.

"One day we'll be playing your game, appreciating your craft, and the leaks will be relegated to a footnote on a Wikipedia page. Keep pushing. Keep making art."

The sentiment was shared around the video game world, with developers sharing footage of their own prototype artwork for hugely successful video games.

Rockstar, like all games studios, is incredibly protective of the games it is developing -- partly because it helps with marketing, and partly because games do not come together until the final phase of development.

Julien Pillot, a French economist, said the leak was a "bad buzz" and was likely to hamper the game's launch strategy.

Loic Gezo, a cybersecurity expert, said the company would need to reassure customers that it could handle the fallout.

Brendan Sinclair of trade website GamesIndustry.biz said he did not expect huge fallout for the company, but suggested there might be longer-term costs in terms of securing their systems.

"Developers have a hard enough time thwarting hackers even when they don't get a peek under the hood like this," he said.

But ultimately, he suggested such leaks were not always bad for business.

"I don't know if it ultimately hurts game sales that much," he said. "In some cases, it may even help them."