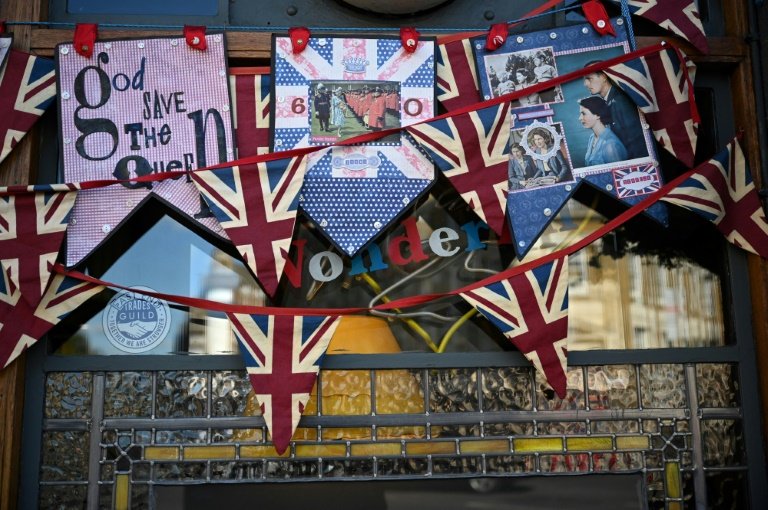 At the Queen Elizabeth pub in south London, opinion was divided over the royal family / © AFP

Drinkers at the Queen Elizabeth pub in south London were divided on Monday between those glued to the television and others who couldn't care less about the funeral of Britain's longest-reigning monarch.

White-haired Tony was far more interested in his beer than watching the royal family bid farewell to Queen Elizabeth II at a pomp-filled ceremony that had focused the eyes of the world on his city.

"They've got a whole different lifestyle to me," said the regular at the pub named after the first queen called Elizabeth, who ruled England nearly 500 years ago.

Another customer -- a young cleaner who asked not to be named as his wife thought he was still at work -- was even blunter.

"They never paid one of my bills," he said.

From time to time one of them glanced in silence at the live broadcast as they got up to smoke a cigarette outside the red brick pub.

The odd jibe was made about Camilla, the new queen consort, or Prince Andrew, dogged by a sexual assault scandal and his ties to billionaire US paedophile Jeffrey Epstein.

But his neighbour Hassan Halil, 69, was far more engaged and said he had found the death of the monarch after 70 years on the throne "very sad, very very sad".

"I love the Queen," he said. "She was like a mother all over the world".

That sentiment was echoed more widely in another room of the pub across the bar.

There the atmosphere was more family-friendly as mugs of tea and juice were being drunk alongside the occasional beer.

Someone asked for the volume to be turned up as the Archbishop of Canterbury Justin Welby delivered a sermon praising the queen for her "loving service".

Another customer cast an angry glance at the other room when it got too rowdy.

Everyone in the room hushed for the two-minute silence and got to their feet to sing "God Save the King" at the end of the service.

Lawyer and new dad David Clifford, 36, said the funeral brought up "mixed" emotions as it was an opportunity to contemplate the state of the country and future ahead for his baby daughter.

"It's a difficult moment because it combines a lot of the sort of pageantry of the old Britain, but also gives us a moment to reflect as to what the new Britain is going to be."

It was particularly powerful for him to sing the national anthem with the words updated to herald the queen's son Charles as king.

"We sang it so many times as 'God Save the Queen' and at this moment, at least for me, it was the first time to change that over and to reflect that we have a new king and we are now in a different age," said Clifford.

Christine Jones, a health worker from Merseyside in northwest England, insisted that being in London for these events was something she'd never forget.

"It's just been amazing," said the 41-year-old, who had headed to Buckingham Palace to pay her respects.

"I'll be able to tell my grandchildren this."

Vincent Letort, an IT worker who moved to London from France in 2014, was also impressed by what he'd witnessed.

"It's quite grandiose," he said.

"It's a moment of communion, that's what it's for, that's why these events were invented."

Following in his mother's shoes would be a big test for Charles, Letort, 50, believed.

"People really wonder if he's going to be fit for the job."