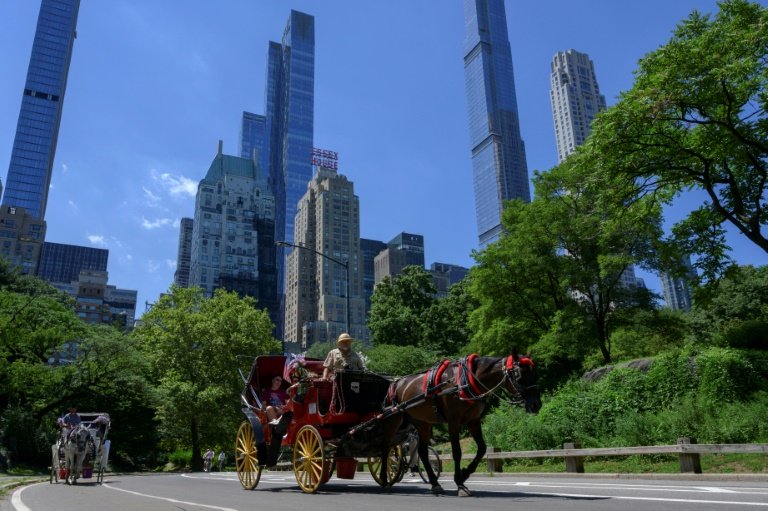 A charming, must-do tourist attraction or a cruel, outdated commercial activity? New York's horse-drawn carriages have operated since the 1800s, but lawmakers now want to replace them with electric vehicles.

For some, the equine-driven rides around Central Park are part of the fabric of the Big Apple, like yellow taxis and Broadway shows.

But for others, the horses-for-hire are not in keeping with the ethos of a leading progressive city in 21st century America.

"Manhattan is probably the worst place in the world to have a horse work, in traffic, in noise, with pollution, in terrible heat and terrible conditions," says council member Robert Holden, who has introduced a bill to replace the animals with horseless e-carriages by June 2024. 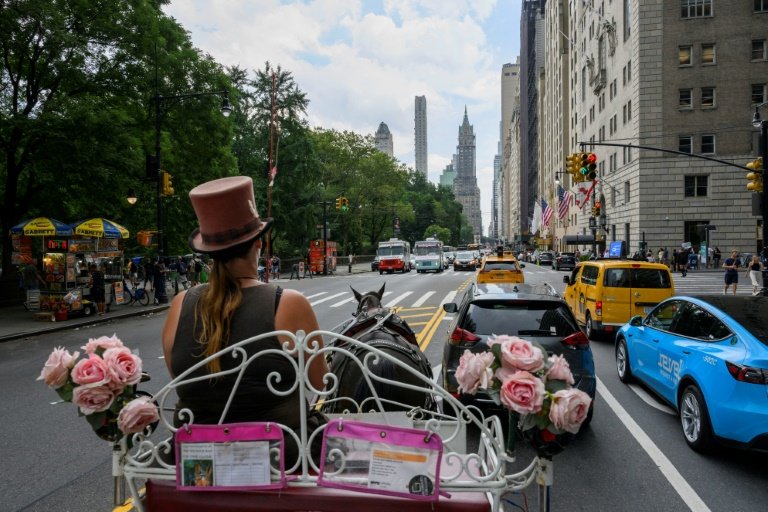 Animal rights activists say it is cruel to take horses through Manhattan traffic on their way from stables to Central Park, where they give tourist rides in carriages / © AFP

Animal rights activists have for years tried to shut down the industry, which comprises 130 drivers sharing 68 licenses for roughly 200 horses that live in stables in the city.

Their latest push was given impetus this month by the collapse of a horse on busy Ninth Avenue that sparked anger after a video showing the driver shouting at the animal to get up went viral on social media.

Opponents say the horses live in cramped conditions, are often malnourished and dehydrated, get spooked by cars en route to the park, and are worked against their will. 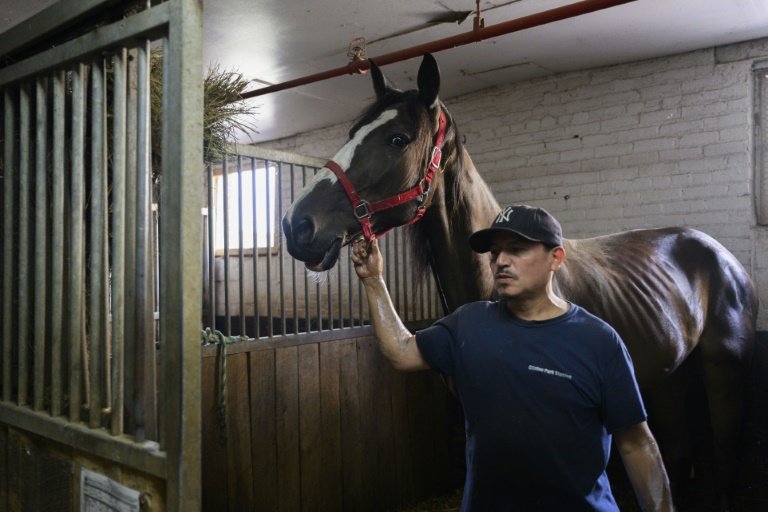 "They're literally treated as machines, and they're not machines," says Edita Birnkrant, executive director of anti-horse carriage group NYCLASS.

"This shouldn't be happening in modern-day New York City."

Operators say the horses are well looked after, noting that the industry is regulated by the city, with the equines and stables subject to inspections by the health and sanitation departments.

"They're happy and healthy. You can't make a 1,500-pound animal do something they don't want to do," insists Christina Hansen, who has been driving carriages in New York for 10 years.

The horses are required by law to work no more than nine hours a day and don't operate when temperatures hit 32 degrees Celsius (90 degrees Fahrenheit) or fall below minus 7 C.

Forty-two-year-old Hansen, who wears a top hat when steering her horse Oreo, says each horse gets at least five weeks "vacation" on a farm every year. 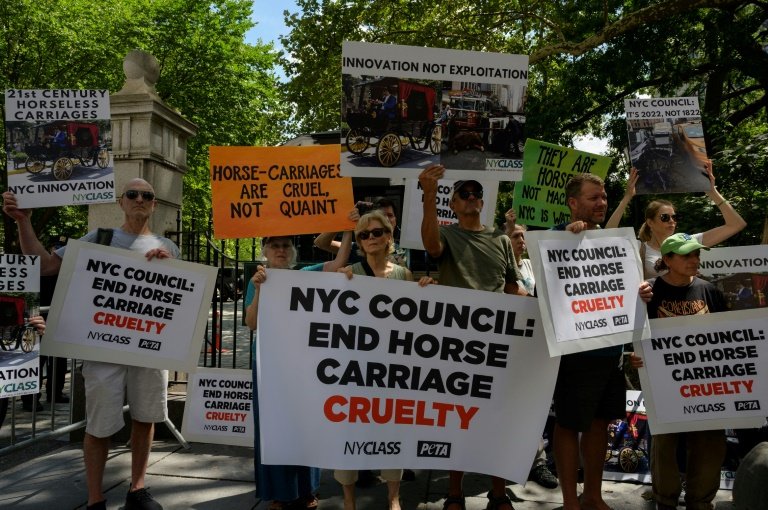 She says New York would not be the same if the carriages are banned.

"We've been in movies and television. We're as iconic as the Empire State Building and Statue of Liberty," she tells AFP.

In Central Park, where 45-minute-long rides cost upwards of $160, views are mixed among tourists.

Marina Perry, from Argentina, doesn't have a problem with the rides as long as the horses are treated well.

"It's a cultural aspect of New York City that has been going on for generations," she says. 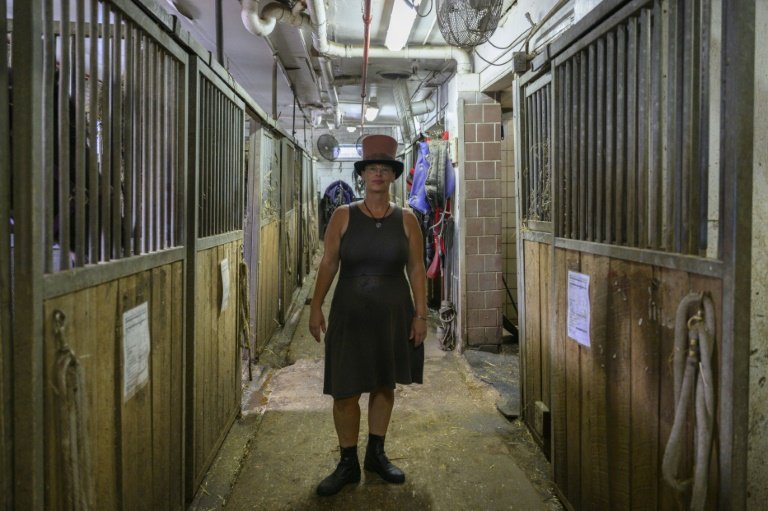 Hansen says the industry is "predominantly an immigrant business," with drivers from 20 countries, including Italy, Ireland, Turkey, Brazil and Mexico. They can earn around $100,000 a year.

Holden's bill has 14 sponsors and needs 26 votes to be adopted. Activists hope a vote will be held by October.

Passing the law will be difficult though, with the drivers backed by the city's powerful transport workers union.

Hansen says "nobody wants to drive an electric golf cart," but Holden insists the drivers will earn more with e-carriages because they will be able to work in all weather.

"It's clean technology. It's win-win," he says.