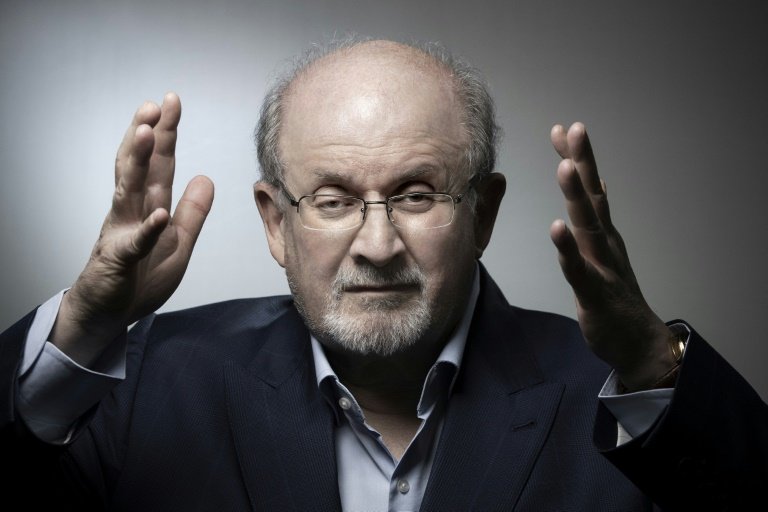 British Indian author Salman Rushdie is a master of magical realism who captured global attention as the target of a fatwa that forced him into hiding, and which now drives his fierce defence of freedom of speech.

The 75-year-old, who was stabbed in an attack on Friday at a speaking event in New York state, was propelled into the spotlight with his second novel "Midnight's Children" in 1981.

The book won international praise and Britain's prestigious Booker Prize for its portrayal of post-independence India.

But his 1988 book "The Satanic Verses" brought attention beyond his imagination when it sparked a fatwa, or religious decree, calling for his death by Iranian revolutionary leader Ayatollah Ruhollah Khomeini. The novel was considered by some Muslims as disrespectful of the Prophet Mohammed.

Rushdie, who was born in India to non-practising Muslims and himself is an atheist, was forced to go underground as a bounty was put on his head -- which remains today.

He was granted police protection by the government in Britain, where he was at school and where he made his home, following the murder or attempted murder of his translators and publishers.

He spent nearly a decade in hiding, moving houses repeatedly and being unable to tell his children where he lived.

Rushdie only began to emerge from his life on the run in the late 1990s after Iran in 1998 said it would not support his assassination.

He became a fixture on the international party circuit, even appearing in films such as "Bridget Jones's Diary" and US television sitcom "Seinfeld". He has been married four times and has two children.

As an advocate of freedom of speech, he notably launched a strong defence of French satirical magazine Charlie Hebdo after its staff were gunned down by Islamists in Paris in 2015.

The magazine had published drawings of Mohammed that drew furious reactions from Muslims worldwide.

"I stand with Charlie Hebdo, as we all must, to defend the art of satire, which has always been a force for liberty and against tyranny, dishonesty and stupidity," Rushdie said.

"'Respect for religion' has become a code phrase meaning 'fear of religion'. Religions, like all other ideas, deserve criticism, satire, and, yes, our fearless disrespect."

Threats and boycotts have continued against literary events that Rushdie attends, and his knighthood in 2007 sparked protests in Iran and Pakistan, where a government minister said the honour justified suicide bombings.

The fatwa failed to stifle Rushdie's writing, however, and inspired his memoir "Joseph Anton", named after his alias while in hiding and written in the third person.

It is one of several works of non-fiction and more than a dozen novels that Rushdie has written, along with several short stories, many of them addressing issues of migration and post-colonialism.

Still prolific, his latest novel "Quichotte" was published in 2019.

"Midnight's Children", which runs to more than 600 pages, has been adapted for the stage and silver screen, and his books have been translated into more than 40 languages.

Born in Mumbai, Rushdie attended the English boarding school Rugby before studying history at the University of Cambridge.

He initially turned to advertising, coining slogans such as "naughty but nice" for cream cakes, which entered common parlance.

While Rushdie has become an avid social media user in recent years, the author had said he is glad that the fatwa controversy occurred in a pre-digital age.

"There was essentially no email, no text messages, no Facebook, no Twitter, no Web, and that of course slowed down the attack," he said in 2012.

He now lives in New York and his novel published in 2015 -- "Two Years Eight Months and Twenty-Eight Nights" -- is set in the city.

It is both a love letter to the metropolis and a vision of global disaster that he has compared to the rise of the Islamic State group.

"I'm really sorry that this book ended up coming true, but it did," he told news channel France 24 in an interview.