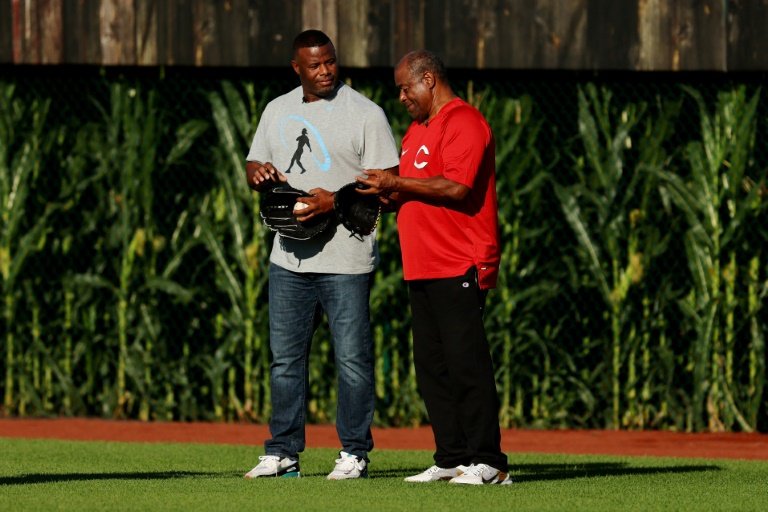 The regular-season contest was the second MLB game in the nostalgic ballpark set amid the cornfields in Dyersville, just a stone's throw from where the Academy Award-nominated 1989 movie "Field of Dreams" was filmed.

The night included an array of baseball Hall of Famers and a tribute from the movie's star, Kevin Costner, to the late actor Ray Liotta, who played "Shoeless" Joe Jackson in the film.

"Field of Dreams is about belief and those rare moments when magic becomes real," Costner said of the movie, in which ghostly ball players emerge from the cornfields to play on a diamond the farmer portrayed by Costner has been inspired by a mysterious voice to build.

"And it doesn't work unless Shoeless Joe is worth the wait, unless he’s special. And Ray Liotta was special," Costner said of his colleague who died in May.

"And though he may be gone, that’s the beauty of a game like baseball, and a movie like Field of Dreams. He gets to live forever in our hearts whenever he steps out of that cornfield."

Cubs and Reds players enjoyed stepping into the fantasy.

"It was awesome," Smyly said. "It's just such a cool experience. Major League Baseball did an amazing job setting this all up.

"To just get out here early in the day and walk amongst everybody, through the cornfields with the fans, then show up -- it's a small ballpark, a very intimate setting. It's fun just to be here." 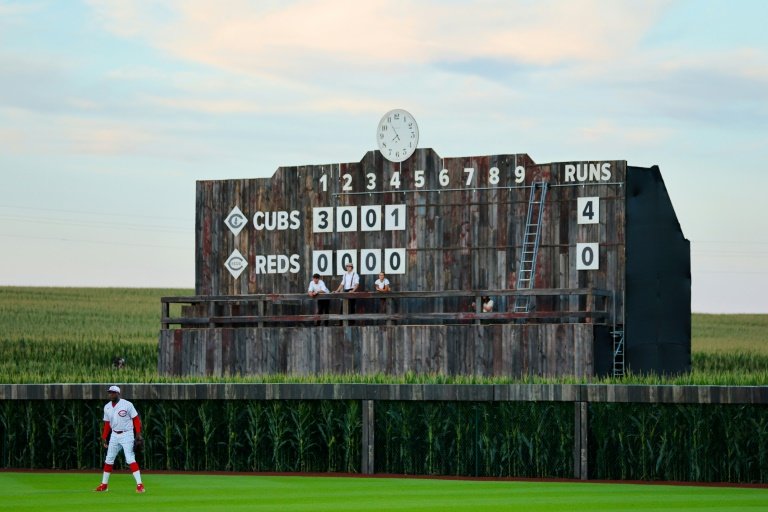 So was former Red Ken Griffey Sr., who in 1990 teamed with Ken Jr. to become the first father-son combo to play together in a big league game.

They have 782 home runs between them and electrified the crowd of 7,823 when they emerged from the cornfield with their gloves and Ken Jr. repeated a beloved line from the movie: "Hey Dad, you want to have a catch?"

Once the game was underway the Cubs jumped to a quick lead and Smyly kept the Reds in check, striking out nine.

Seiya Suzuki reached base three times and Nick Madrigal had three hits for the Cubs and Ian Happ had two hits and drove in a run. 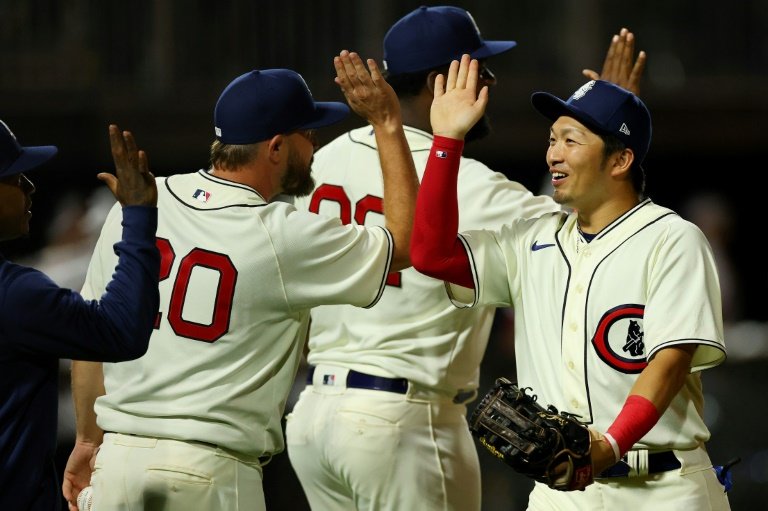 All-Star Cubs catcher Willson Contreras looked like he might have to exit the game when he rolled his ankle rounding second base in the third inning.

He continued, though, and came away praising the experience.

"It's really magic," Contreras said of the field. "It has some kind of energy that I think is real."

Happ said MLB's second Field of Dreams game was a chance -- like the NHL's outdoor games -- for Major League players to recall their roots.

"We're so used to playing in these huge stadiums," Happ said. "You roll up on a place like this, and it really brings you back to some of those drives you had through cornfields to play baseball with your family, and that’s what this is all about."