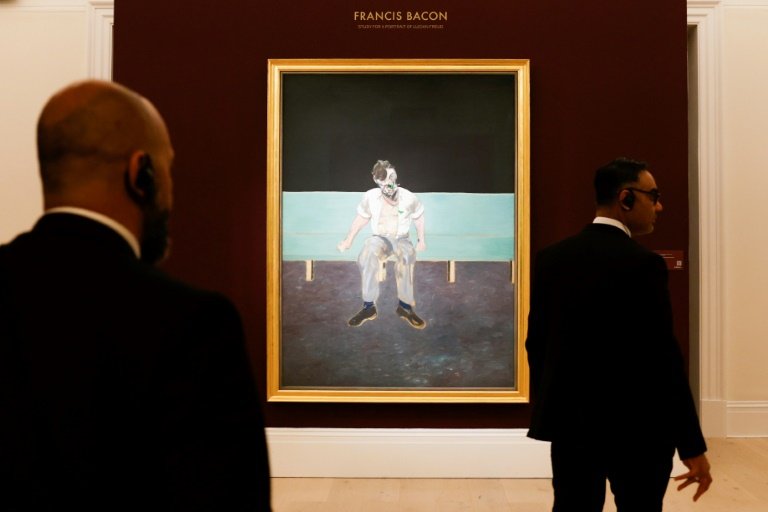 The price is an auction record for a painting by Bacon sold in London and also for any single panel painting by the artist.

"Study for Portrait of Lucian Freud", painted in 1964, "exemplifies an iconic pairing of two of the most significant painters within the canon of twentieth-century art", said the auction house.

The figurative work depicts a restless, bare-chested Freud, with a distorted face, sitting on a bench.

"The present work is testament to Francis Bacon's capacity to provoke emotion and capture in paint the complexities of the human psyche," added Sotheby's.

The artists were close friends but also artistic rivals fascinated by the human figure and sat for each other on multiple occasions.

Bacon's 1969 triptych "Three Studies of Lucian Freud" sold in 2013 for $142.4 million, and held the record for the most expensive work of art at auction until being unseated by Picasso's "The Women of Algiers (Version O)" in 2015.

Snapped up by a New York gallery, it is composed of three panels or pieces which show the artist Freud sitting on the same chair but painted from different angles.