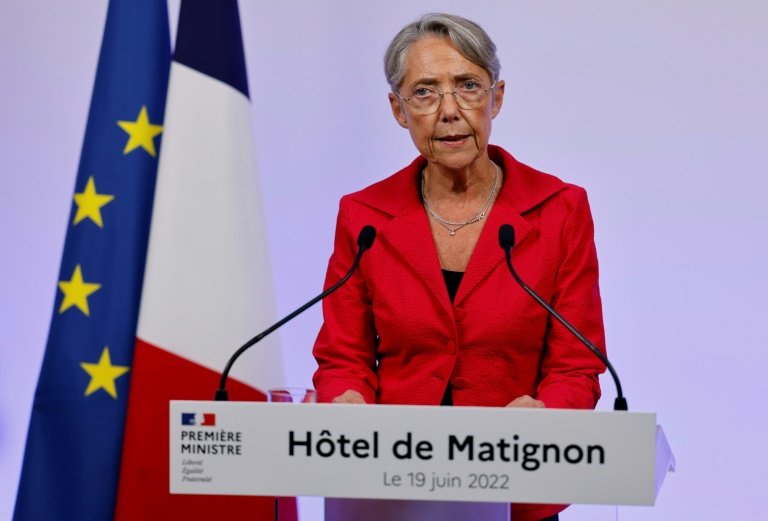 French Prime Minister Elisabeth Borne, under fire for a wooden performance in election campaigning, has sought to reveal a more human side in a series of interviews, notably over her family history.

In interviews with the Paris Match weekly and LCI television she spoke of the shock when as an 11-year-old she learned that her father Joseph, who had survived the Nazi death camp Auschwitz in the Holocaust, committed suicide.

Critics had accused Borne, named prime minister by President Emmanuel Macron last month, of lacking the human touch in France's parliamentary election that cost the government its majority in the legislature.

She indicated it was this tragic history that at times led people to assume she was impervious to emotion.

"It's shocking for an 11-year-old girl to lose her father in these conditions," Borne, 61, told LCI. "And I think I closed up and that I avoid showing my emotions too much."

"I think... this closing up, maybe, goes a little far. Yes", she acknowledged.

Borne's family history has been widely known in French political and media circles but this is the first time she has chosen to speak about it in public.

But she expressed pride over how France had allowed her to study under a special programme for children who have lost parents, and eventually reach high office.

"We are a country where you can be the daughter of an immigrant, where you may have lost your father at 11, but the country reaches out to you to allow you to study," she said.

Her father, who news reports have said was named Joseph Bornstein, fled to France from Poland in 1940 and then fought in the French resistance during World War II. He was captured and deported to Auschwitz in 1944 but survived.

Borne this week offered her resignation to Macron in the wake of their party's parliamentary losses, but the president rejected it and has resisted pressure -- even from some allies -- for her removal.

A respected technocrat, Borne had no previous experience of election campaigning before the June elections, when she won her seat in the north of France even though critics sniped that the margin of victory was more narrow than expected.

In her interview with LCI, she indicated she was not moving for now.

"My objective is to provide the best answers to the French and my conviction is that this is done through dialogue and that is what I have done throughout my professional life," she said.