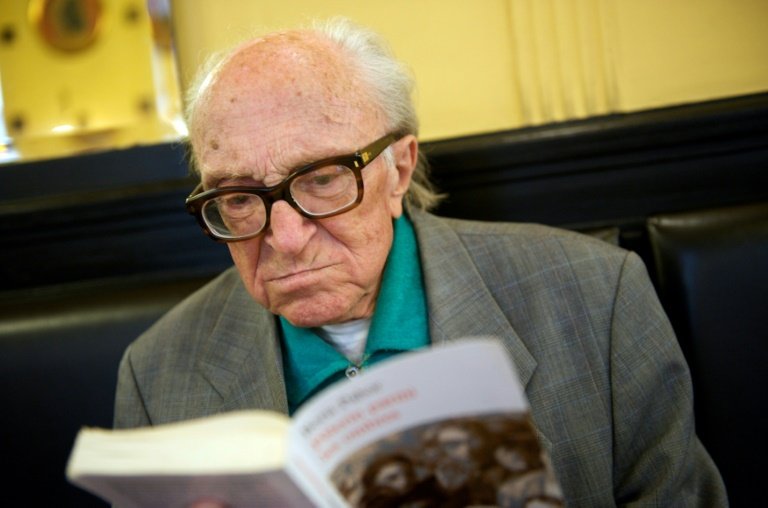 Slovene author Boris Pahor, who suffered the oppression of Fascist Italy and the horror of Nazi camps in a life dedicated to the defence of minorities, has died at the age of 108, local media reported Monday.

Italian President Sergio Mattarella hailed Pahor as a "witness and victim of the horrors caused by war, by inflated nationalism and totalitarian ideologies".

Pahor was best-known for "Necropolis" (1967), an autobiographical novel written after a visit to a Nazi camp where he had been held 20 years earlier.

Translated into several languages, it evoked the brutality and horror of what he witnessed in the camps and his guilt at surviving.

Italian Culture Minister Dario Franceschini paid tribute to "a giant of the 20th century" who wrote about the dark periods of that time with "skill, lucidity and without pulling punches".

Born on August 26, 1913, in what is now Italy's northeastern coastal city of Trieste, Pahor was arrested by the Nazis in 1944 for his involvement with the anti-fascist Slovenian resistance.

He was held at five concentration camps including Natzweiler-Struthof in France's Alsace region and Dachau and Bergen-Belsen in Germany.

When he was born, Trieste was still part of the Austro-Hungarian empire and home to a significant Slovenian community.

The city became part of Italy in the post-World War I break-up of the defeated empire, and the Slovenes fell prey to campaigns of "Italianisation".

Pahor was seven years old when the Blackshirt militia loyal to fascist leader Benito Mussolini set fire to the Slovenian cultural centre in Trieste in July 1920, an incident that forever marked him.

Slovenian language and media were banned, and books burned. Names were Italianised; Slovenians were arrested, and resistors executed.

"Under Austria, the Slovenes were able to develop their culture. With Italy, we knew we were going to lose everything," he told AFP in an interview in 2009.

As a teenager in Trieste, he realised he was one of the "bugs" that Mussolini wanted to crush and vowed loyalty to his Slovene identity.

"I started to put my identity on paper, to write about my street, the sea, the quays. I conquered the town in Slovene," he said.

With more than a dozen books to his name, Pahor was also politically involved and stood for European and regional elections for the Slovene Union in 2009 and 2018 respectively, representing Italy's Slovene minority, which now numbers at least 80,000 people.

"In this Europe, dominated by the economy, the minorities, their culture and their language do not have the place that they deserve," he told AFP.

Pahor was particularly lauded in Slovenia, which became independent from the disintegrating Yugoslavia in 1991, receiving its highest award for cultural achievement and appointed to its Academy of Sciences and Arts.

Of his exceptional longevity, he told Italian newspaper Corriere della Sera in 2018 that "since he had come out of the concentration camps alive, he had become indifferent to the passage of time.