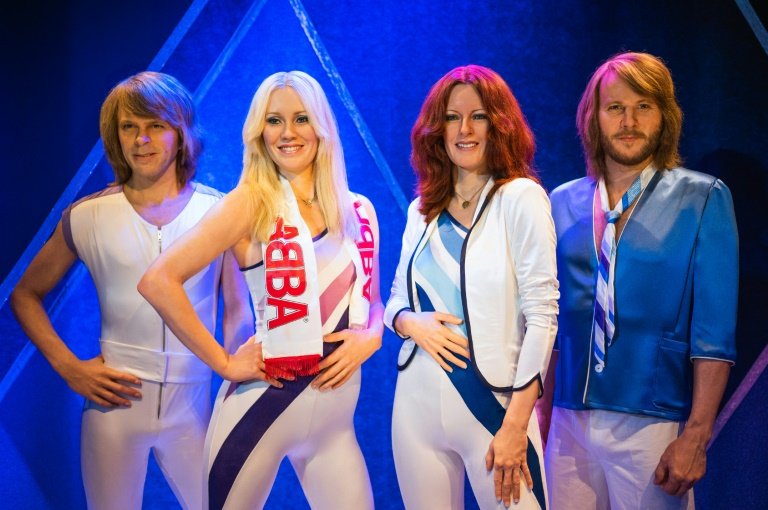 Glammed up in satin knickerbockers, sequins and platform boots, ABBA fans streamed into a concert hall in east London Friday for the opening night of "ABBA Voyage", the Swedish supergroup's digital avatar show.

Many had crossed continents and had bought tickets for multiple nights.

"I've been a fan since 1975," said one woman, Roxanne Dixon, who wore sparkly "A" and "B" earrings, a gold-trimmed white satin tunic and gold boots.

"I came from Australia just for this."

"We came all the way from America and it was worth it," said Caleb Graham, 33, from Florida, he and his partner wearing matching black ABBA T-shirts.

The concert show at a purpose-built 3,000-seat theatre features digital avatars, or "ABBAtars" performing hits from the 1970s and 1980s as well as songs released last year, when the septuagenarian former bandmates announced they had reunited to record a new album.

After an invitation-only premiere Thursday -- attended by Sweden's King Carl XVI Gustaf and Queen Silvia -- Friday was the first chance for ordinary fans to experience the hi-tech show.

"I just think it's incredible how, you know, ABBA draws people of all different walks of life together, all different ages," said Jordan Charlesworth, 27, a public health agency staff member wearing a sequinned one-piece.

"It's close to the soundtrack of your life, isn't it, when you get to 56," said Sarah Armstrong in swirly turquoise trousers, who had come with her sister and daughter.

The ambitious show is a hugely expensive project, with The Times reporting that ABBA need to recoup £140 million ($177 million, 165 million euros) to cover costs.

Band member Bjorn Ulvaeus, 77, told AFP ahead of the premiere: "I know that this is one of the most daring projects that anyone has done in the music industry, ever."

Concert-goers see a 90-minute show, with a dozen live musicians on stage backing up the avatars.

It is set to run seven days a week until early October.

The avatars are the product of a years-long project, designed in partnership with a special effects company founded by "Star Wars" creator George Lucas.

Critics praised them after previous shows "resurrecting" dead performers have been slammed as unrealistic and creepy.

This time, there was "nothing ghoulish", wrote The Times.

The Guardian said the digital effects were a "triumph" and "the effect is genuinely jaw-dropping".

Fans said they felt they had watched a live show.

"It was amazing, so immersive, I really felt like they were there," said Dawn Waugh, 63, who was attending with her 26-year-old daughter.

"It was the most wonderful feeling of being back in time," said another fan, Stan Papoulias, 56, originally from Greece.

"I've been an ABBA fan for 45 years and I never thought I would see them in the flesh -- or something like that."