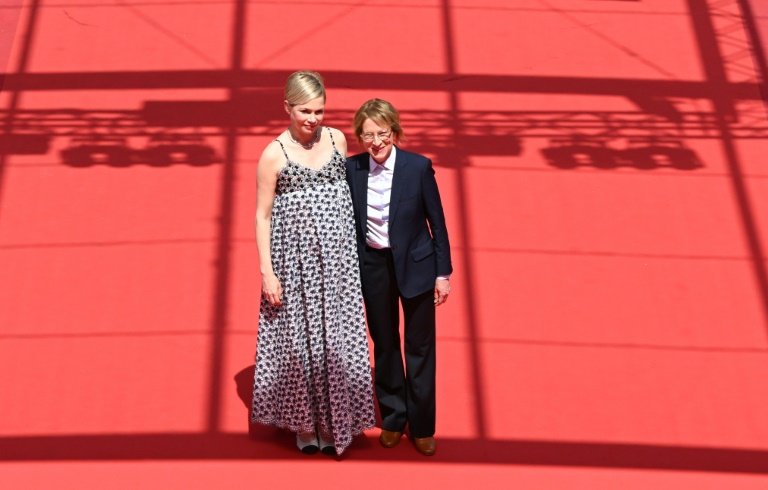 Williams plays a struggling sculptor in her fourth collaboration with US director Kelly Reichardt, 'Showing Up' / © AFP

Michelle Williams dials down the glamour to make herself nearly unrecognisable in her new collaboration with one of the hottest US independent directors, Kelly Reichardt, premiering in competition at Cannes on Friday.

"Showing Up", Williams's fourth time teaming up with Reichardt, tells the story of a struggling sculptor preparing for what she hopes will be a life-changing exhibition.

Often named one of Hollywood's best-dressed actresses, Williams disappears behind cat-lady frumpy outfits and a resentful frown to play a creative woman who believes her life, friends and family owe her more than she's getting.

"I'm always trying to make her less attractive than she is," Reichardt told AFP at the world's top film festival.

The 58-year-old director, who admitted she's "having a moment" in international cinema, said Williams was always game to embark on low-pay, creatively freeing endeavours with her.

"I mean she's willing -- she shows up," Reichardt said in a nod to the film's title.

"She always wants to do something different than we've done before -- I feel like Michelle really transformed in this film and it's so fun for me to watch."

Williams, 41, a four-time Oscar nominee for films including "Brokeback Mountain" and "My Week with Marilyn", first starred for Reichardt in the 2008 slow-burn feature "Wendy and Lucy", which appeared to rave reviews in the Cannes sidebar section Un Certain Regard.

They also worked together on the period piece "Meek's Cutoff" and "Certain Women", a drama set in rural Montana.

Reichardt landed on many best films of 2020 lists with "First Cow", a critique of early capitalism masked as a jaunty frontier tale.

Williams, who is heavily pregnant with her third child, joined Reichardt on the Cannes red carpet in a black-and-white, spaghetti-strap maternity gown. 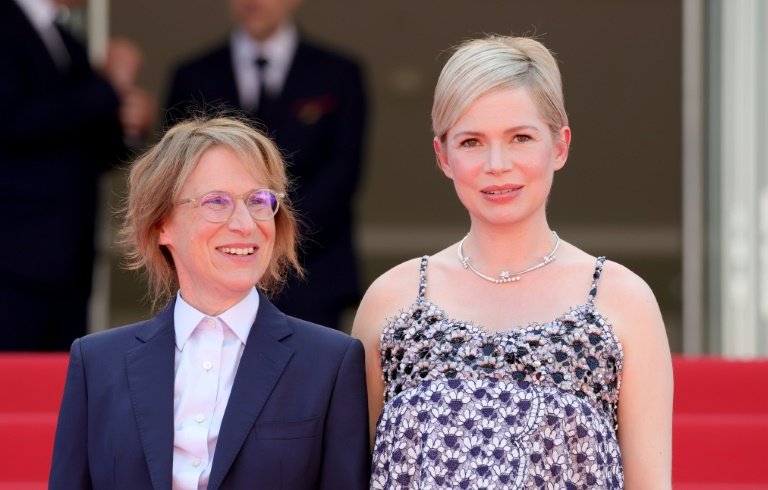 Reichardt said she wanted to show the struggles of leading a creative life in the United States with very little public financing.

"Most people who make art don't make a lot of money," she said.

"It's interesting talking to people here in France about whether or not the art-house theatres are surviving. Here, it's not really an issue. But because they're not supported in America, they are closing."

Reichardt is one of only five women competing for the Palme d'Or top prize, with 21 films in competition. Asked about the enduring fight for gender equality in cinema, she admitted mixed feelings.

"It's a hard thing to talk about because I'm having a moment of being celebrated here in Cannes. I've been very lucky that I have made a lot of films in the last two decades and even though I had a hard time getting here, it feels sort of ungracious to for me to be complaining at this point," she said.

"But at the same time just because I've managed to you get my foot in the door, it doesn't mean that everything's changed and the problems are gone."

Reichardt, who still teaches film alongside making her own movies, said the gender balance among her students made her hopeful.

"When I first started it was one girl and 16 boys -- now half are women. Something is definitely changing."