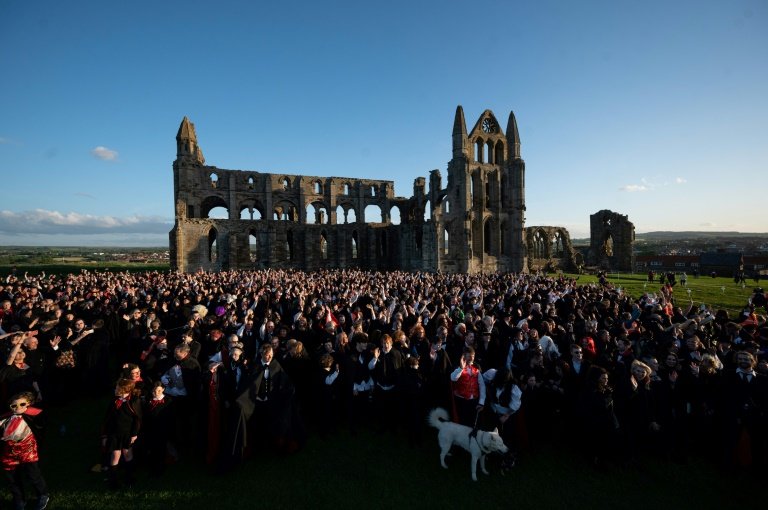 Author Bram Stoker only had one bloodthirsty creature of the undead in mind when a visit to the seaside Yorkshire town of Whitby inspired "Dracula".

But to mark the 125th anniversary of the chilling book's publication, 1,369 people have gathered to break the world record for the largest crowd of vampires.

They needed to stand together in the same place for five minutes to break the Guinness record, which previously stood at 1,039 people set at a 2011 event in the US state of Virginia.

Costume requirements were strict: attendees had to wear black shoes, black trousers or dress, a waistcoat, shirt, black cape or "collared overcoat" -- and, of course, fangs.

"We'd like to say a BIG thank you to everyone who has come along to Whitby Abbey to help make this happen -– you all looked fang-tastic!" organisers English Heritage tweeted after the stunt on Thursday evening.

The novel was first published in 1897, seven years after Stoker visited the picturesque seaside town in northern England and took creative inspiration from the Gothic surroundings of its 11th century abbey.

The Irish author found the name Dracula in the local library, in a book about a 15th-century prince in present-day Romania who was said to have impaled his enemies on wooden stakes.