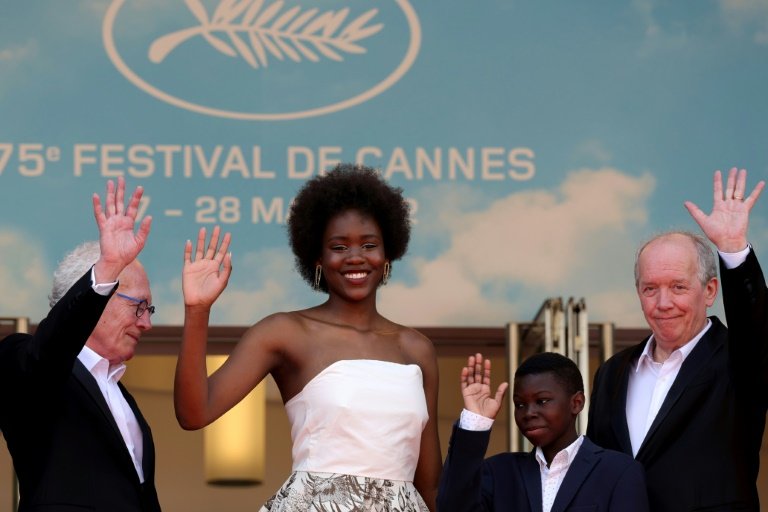 Two-time Cannes winners Jean-Pierre and Luc Dardenne said on Tuesday that their new film was a call for the EU to do a better job in protecting the most vulnerable child migrants.

"Tori and Lokita", one of 21 films competing for the festival's Palme d'Or top prize, tells the story of a boy and a girl from Benin who pretend to be siblings to help win asylum in Belgium.

It trains a harsh spotlight on the European system which leaves minors particularly vulnerable to exploitation and at risk of being separated from those they trust.

"These young exiles must be given the chance to study or pursue an apprenticeship at the same time, and also learn the languages of the countries which have taken them in," Luc Dardenne, 68, told AFP.

"They must be able to do this without having the sword of Damocles hanging over them -- meaning at 18 years old, you can be sent back to your country of origin."

In the movie, Lokita is a teenager who on the road to Europe meets Tori, a young boy who has been granted asylum in Belgium because he had been accused of "sorcery" at home.

The film shows many challenges faced by migrants, including extortion by people smugglers and a boss who demands sexual favours.

- 'Invent their own country' -

Jean-Pierre Dardenne, 71, told AFP that the cast of non-professional actors would help audiences to see the lives of two young migrants who have little defence against the "cruelty of domination".

"Their response to this cruelty and violence in the film is their friendship -- they invent their own country together."

Despite the ordeals they face, "they want to live and have ambitions and hopes and are resourceful and clever".

The Dardennes' hyperrealist, morally focused films have a strong track record at Cannes, scooping top honours in 1999 for "Rosetta" and in 2005 for "The Child".

They also took home the runner-up Grand Prix in 2011 for "The Kid with a Bike" and best screenplay for 2008's "Lorna's Silence".

"Tori and Lokita" was warmly reviewed after its red-carpet premiere, with Britain's Screen Daily saying the Dardennes' "empathy is undiminished and their taut, spare suspense sequences remain under-appreciated".

The Hollywood Reporter said it was the Dardennes' "most emotionally engaging film in a while -- a tragedy told with utter clarity, centered on protagonists entirely deserving of our sympathy".

The Cannes awards will be presented on Saturday.