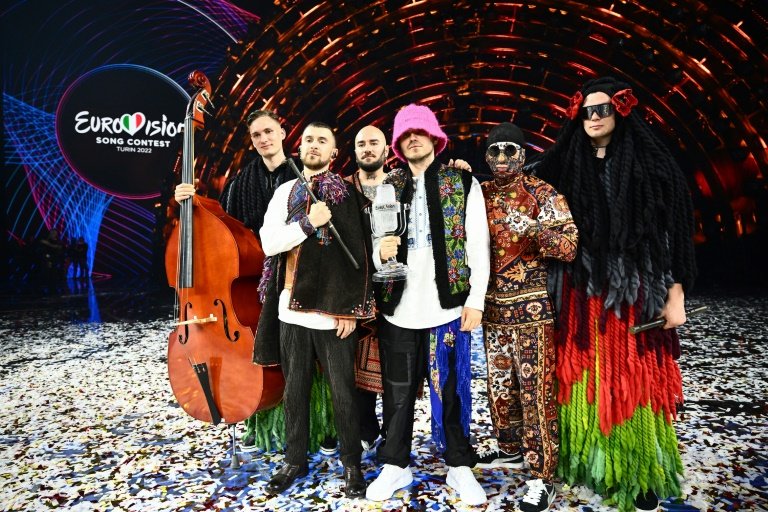 Ukraine won the Eurovision Song Contest Sunday with an infectious hip-hop folk melody, boosting spirits in the embattled nation fighting off a Russian invasion that has killed thousands and displaced millions of people.

"Please help Ukraine and Mariupol! Help Azоvstal right now," frontman Oleh Psiuk appealed in English from the stage, referring to the port city's steelworks where Ukrainian soldiers have been surrounded by Russian forces for weeks.

In the Ukrainian capital Kyiv, the triumph was met with smiles and visible relief.

"It's a small ray of happiness. It's very important now for us," said Iryna Vorobey, a 35-year-old businesswoman, adding that the support from Europe was "incredible".

Following the win, Psiuk -- whose bubblegum-pink bucket hat has made him instantly recognisable -- thanked everyone who voted for his country in the contest, which is watched by millions of viewers.

"The victory is very important for Ukraine, especially this year. Thank you from the bottom of our hearts. Glory to Ukraine," Psiuk told journalists.

The win provided a much-needed morale boost for the embattled nation in its third month of battling much-larger Russian forces. 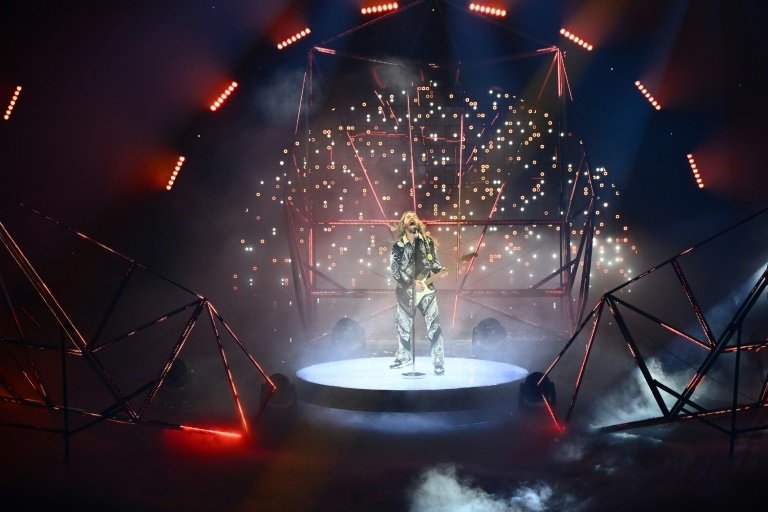 "This win is so very good for our mood," Andriy Nemkovych, a 28 year-old project manager, told AFP in Kyiv.

The victory drew praise in unlikely corners, as the deputy chief of the NATO military alliance said it showed just how much public support ex-Soviet Ukraine has in fighting off Moscow.

"I would like to congratulate Ukraine for winning the Eurovision contest," Mircea Geoana said as he arrived in Berlin for talks that will tackle the alliance's expansion in the wake of the Kremlin's war.

"And this is not something I'm making in a light way because we have seen yesterday the immense public support all over Europe and Australia for the bravery of" Ukraine, Geoana said.

British Prime Minister Boris Johnson called the win "a clear reflection of not just your talent, but of the unwavering support for your fight for freedom".

And European Council President Charles Michel said he hoped next year's contest "can be hosted in Kyiv in a free and united Ukraine". 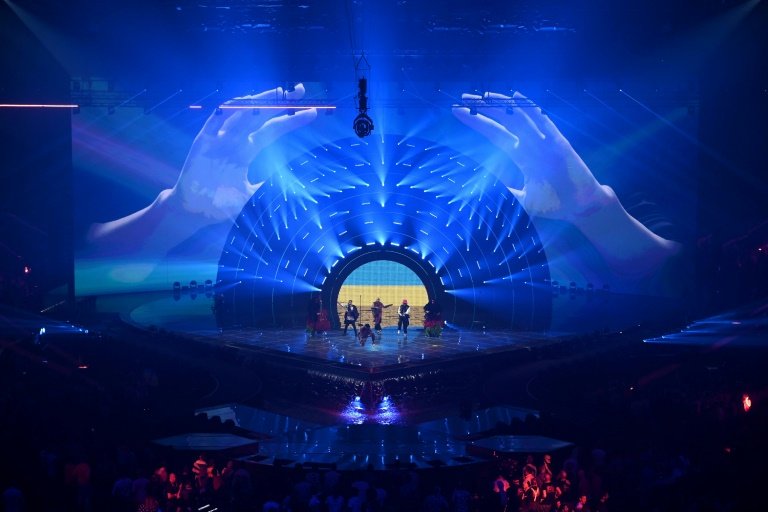 Despite the joyous theatrics that are a hallmark of the song contest, the war in Ukraine hung heavily over the festivities this year / © AFP/File

Despite the joyous theatrics that are a hallmark of the song contest, the war in Ukraine hung heavily over the festivities this year.

The European Broadcasting Union, which organises the event, banned Russia on February 25, the day after Moscow invaded its neighbour.

"Stefania", written by Psiuk as a tribute to his mother before the war, mixes traditional Ukrainian folk music played on flute-like instruments with an invigorating hip-hop beat. The band donned richly embroidered ethnic garb to perform their act.

Nostalgic lyrics such as "I'll always find my way home even if all the roads are destroyed" resonated all the more as millions of Ukrainians have been displaced by war.

Kalush Orchestra received special authorisation from Ukraine's government to attend Eurovision, since men of fighting age are prohibited from leaving the country, but that permit expires in two days.

Psiuk said he was not sure what awaited the band as war rages back home.

"Like every Ukrainian, we are ready to fight as much as we can and go until the end."

Ukraine beat a host of over-the-top acts at the kitschy, quirky annual musical event, including Norway's Subwoolfer, who sang about bananas while dressed in yellow wolf masks, and Serbia's Konstrakta, who questioned national healthcare while meticulously scrubbing her hands onstage.

Coming in second place was Britain with Sam Ryder's "Space Man" and its stratospheric notes, followed by Spain with the reggaeton "SloMo" from Chanel.

After a quarter-century of being shut out from the top spot, Britain had hoped to have a winner in "Space Man" and its high notes belted by the affable, long-haired Ryder.

Britain had been ahead after votes were counted from the national juries, but a jaw-dropping 439 points awarded to Ukraine from the public pushed it to the top spot.

Eurovision's winner is chosen by a cast of music industry professionals -- and members of the public -- from each country, with votes for one's home nation not allowed.

Eurovision is a hit among fans not only for the music, but for the looks on display and this year was no exception. Lithuania's Monika Liu generated as much social media buzz for her bowl cut hairdo as her sensual and elegant "Sentimentai".