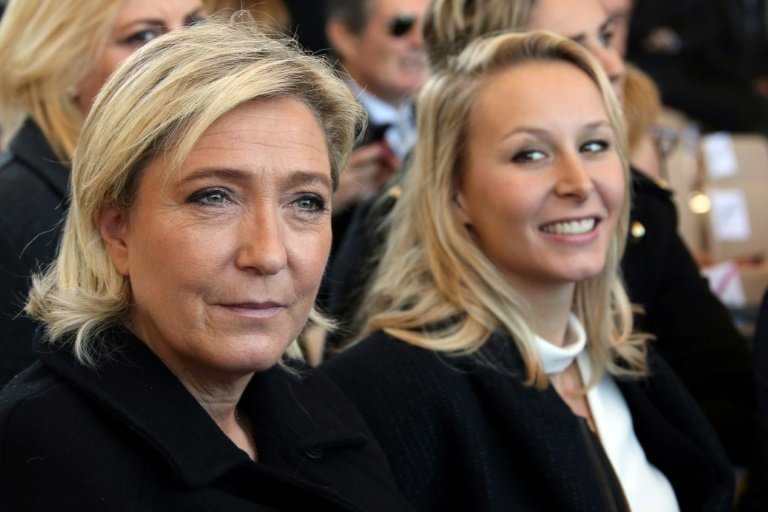 French far-right leader Marine Le Pen spoke of her shock and pain on Friday after her niece suggested she would back a rival in this year's presidential election, in what would be a heavy personal and political blow.

Relations within the Le Pen clan, which has dominated far-right politics in France for five decades, are notoriously stormy, with Marine clashing repeatedly with her father Jean-Marie after taking over his National Front party in 2011.

Marine's niece Marion, who is more than 20 years her junior, has long been seen as a rival heir to the political dynasty after she was elected to parliament aged just 22 in 2012.

Marion told the Parisien newspaper on Thursday that she was still thinking about who she would support in this April's election, amid strong indications she will opt for Eric Zemmour, an anti-Islam pundit and bitter rival of her aunt.

"No decision has been taken," said Marion, who dropped the Le Pen family name in 2018 and is known as Marion Marechal.

But "if I support Eric, it won't just to be to stick my head and say hello", she added.

Reacting on Friday, Marine Le Pen told CNews: "I have a very unique story with Marion because I brought her up along with my sister for the first years of her life, so obviously it's brutal, it's shocking, it's difficult for me."

If her niece backs Zemmour, it would be more than a personal setback.

Although Marion stepped back from frontline politics in 2017, the 32-year-old hardliner remains popular among grassroots far-right groups and could add momentum to Zemmour's campaign, which has been stagnating since November.

The arch-conservative, who also said she was eyeing a return to public life, has long argued for a new alliance between far-right and traditional right-wing politicians in France -- as has Zemmour.

Polls currently indicate that Marine Le Pen is the more likely of the two far-right candidates to make it into the second round of the election on April 24, but analysts say the race is highly unpredictable.

In 2015 Marine Le Pen threw her father Jean-Marie out of the party he co-founded in the 1970s for repeating his view that the Holocaust was a mere "detail" of World War II.

Jean-Marie refused to go quietly, hauling the party before the courts in a series of failed bids to be readmitted.

He has since criticised his daughter's decision to rebrand his party as the National Rally, as well as her publicly stated aim of "de-toxifying" the movement because of its association with racism and anti-Semitism.