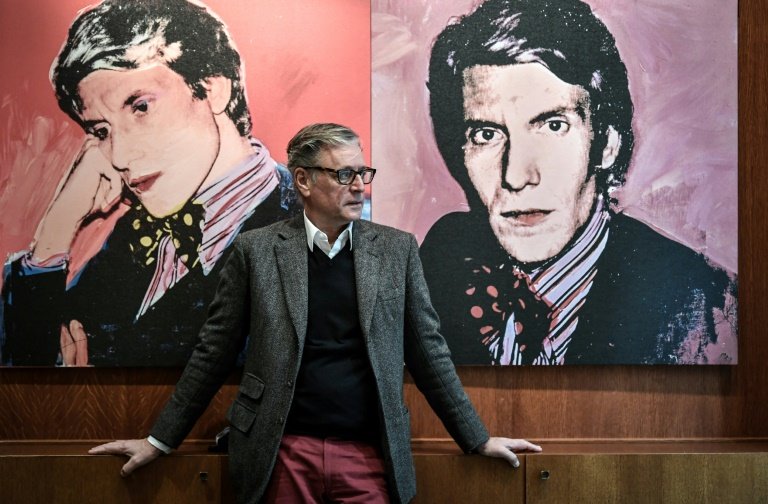 A portrait of the late designer with Madison Cox, president of the Yves Saint Laurent-Pierre Berger Foundation / © AFP

Tucked away like Easter eggs in the most prestigious Paris museums, a unique commemoration of designer Yves Saint Laurent cements his status among the greats of French cultural history.

"I am utterly eclectic," the designer once said, and the point is proven by how easily his clothes fit into museums covering very different eras and artistic styles.

In the Apollo Gallery of the Louvre, alongside the crowns and jewels of French kings and queens, the almost absurdly ornate "Versailles jacket" covered in gold leaves and rock crystals, looks perfectly at home. 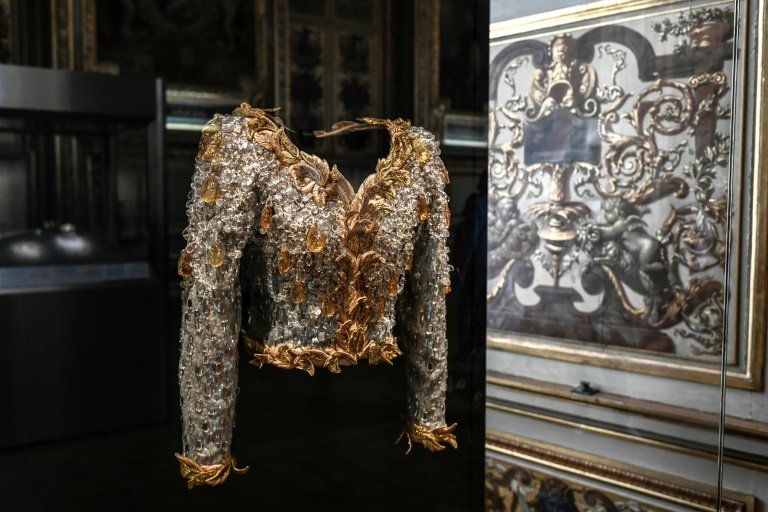 The Louvre is one of six museums taking part in the unique collaboration to mark 60 years since the designer's first catwalk show, when he was 26.

Head across town to the Centre Pompidou, France's mecca for modern art, and you find a very different Saint Laurent on display.

Dresses in the abstract styles of Piet Mondrian, Sonia Delaunay and US pop artists hang alongside the portraits that inspired them.

Saint Laurent was often ahead of the game: his Mondrian collection came out to rave reviews in 1965, four years before the Dutch artist, who died in 1944, had his first career retrospective at the Orangerie Museum.

"It was precisely that moment when fashion changed and started to become an art in its own right," said Aurelie Samuel, of the Yves Saint Laurent Museum, which is displaying some of his drawings as part of the city-wide exhibition, which runs until May.

His creations have also been snuck into the Orsay, Picasso and Contemporary Art museums. 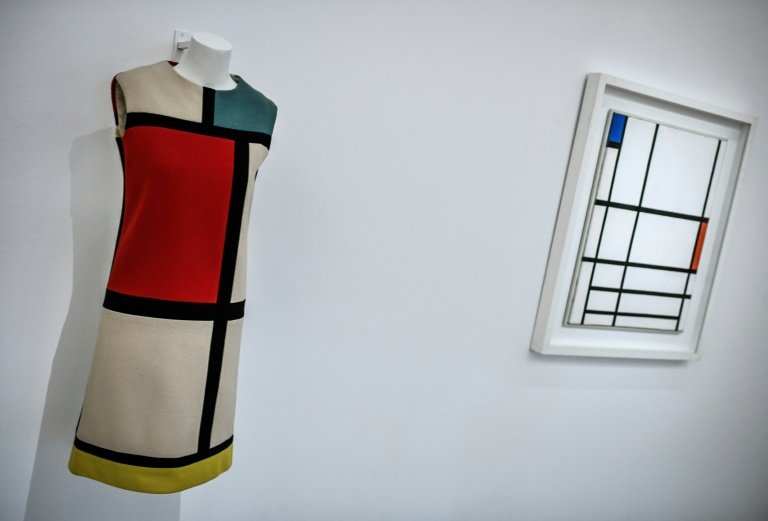 It is not the first time that Saint Laurent, who died in 2008, has been granted the imprimatur of the art establishment.

As early as 1983, barely two decades after his first show, he became the first living designer to have his work presented in a major art institution -- at the Metropolitan Museum in New York.

The Petit Palais in Paris put on a career retrospective in 2010.

"The house has already done so many anniversaries. I wanted to do something different," said Madison Cox, president of the Pierre Berge-Yves Saint Laurent Foundation.

Many of the influences were made explicit by Saint Laurent at the time -- others have been chosen for how well they play off each other.

They include the dresses he made for the "Proust Ball", one of the most decadent social events of France in the last century, organised by the Rothschild family to mark the author's 100th birthday. 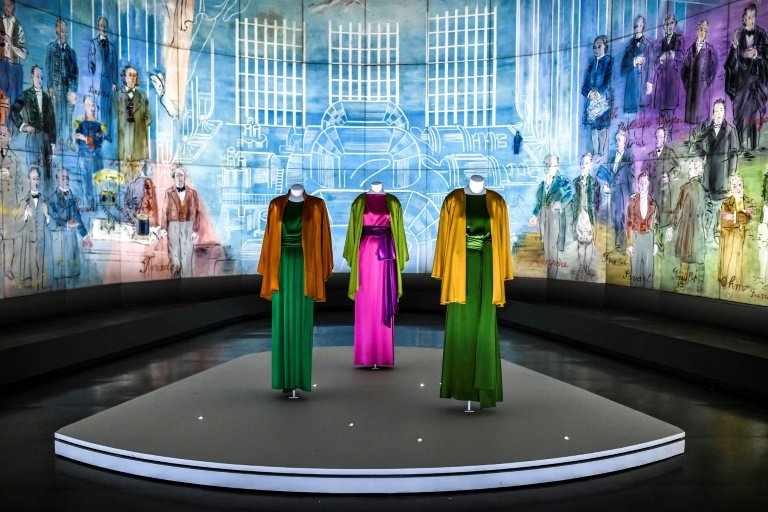 Those dresses are now on display alongside Belle Epoque masterpieces by Monet, Degas and Renoir on the top floor of the Orsay Museum.

"It would have been boring to just find an empty space, throw up some scenery and fill it with his clothes," said Cox. "It was important to integrate them into permanent collections."