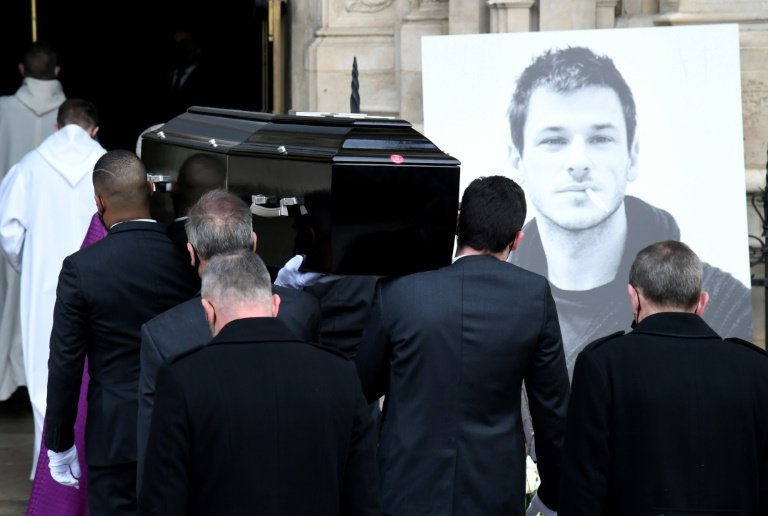 Stars including Catherine Deneuve, Isabelle Huppert and Lea Seydoux were present at the funeral ceremony for Ulliel at the Saint-Eustache church in central Paris. / © AFP

Some of the greatest names in French cinema came together to pay a final tribute to their fellow star Gaspard Ulliel on Thursday, whose death last week aged 37 in a ski accident shocked the country.

Stars including Catherine Deneuve, Isabelle Huppert and Lea Seydoux attended the funeral ceremony for Ulliel at the Saint-Eustache church in central Paris.

At the entry to the church was a giant picture of Ulliel, cigarette defiantly clenched between his lips.

Among those bearing the coffin into the church was the French actor Jeremie Renier, who played the partner of fashion designer Yves Saint Laurent, Pierre Berge, in the 2014 bio-pic "Saint Laurent" in which Ulliel had the starring role.

Ulliel was already in the top rank of French actors, and gained international attention for his performance as the famous cannibal in "Hannibal Rising" in 2007.

He also had a leading role as Midnight Man in the new Marvel TV series "Moon Knight" starring Oscar Isaac, which launches on Disney+ in March.

Ulliel won a Cesar, the French equivalent of an Oscar, for best actor in 2017 for "It's Only the End of the World" in which he starred alongside Marion Cotillard and Seydoux, now internationally famous for her role in the James Bond franchise.

He had already taken home a Cesar in 2005 for most promising actor after appearing in the World War I drama "A Very Long Engagement" alongside Audrey Tautou.