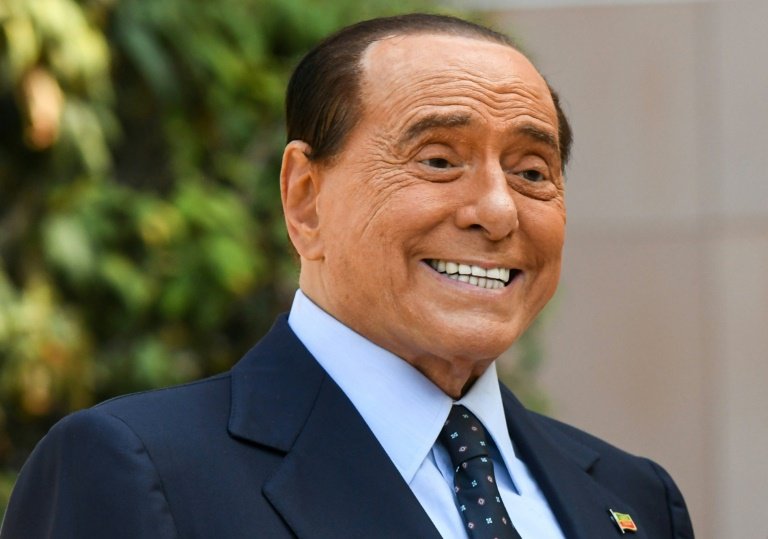 Berlusconi, 85, has suffered a string of health issues, not least his hospitalisation with coronavirus in September 2020 / © AFP/File

Silvio Berlusconi's bid for Italy's presidency was always a long shot, an audacious last throw of the dice by the scandal-plagued former premier who has dominated public life for decades.

The billionaire media mogul, who pulled out of the race Saturday, remains divisive in Italy and derided abroad, and is still embroiled in legal action over his infamous "Bunga Bunga" sex parties.

Berlusconi, 85, has also suffered a string of health issues, not least his hospitalisation with coronavirus in September 2020. His lawyers have cited illness as reasons to delay legal proceedings.

For many, he was an entirely unsuitable candidate for unifying head of state, with one politician calling his bid a "tragic joke", and few analysts believed he had the numbers.

The man dubbed "Il Cavaliere" (The Knight) insisted he had enough support but was pulling out in the interests of "national responsibility", adding: "I will continue to serve my country in other ways."

- Talent for self promotion -

Berlusconi's blending of politics, business and TV, his outspoken and often offensive views and talent for self-promotion have sparked comparisons with former US president Donald Trump.

Born in Milan in 1936, he started in the construction sector in his 20s, building up a huge media and real estate business, which included AC Milan football club.

In the early 1990s, poor investments saw his debts spiral and he entered politics, bursting onto the scene with a new party, Forza Italy ("Go Italy"), named after a football chant.

After his first election victory in 1994 he was premier for only nine months, but won again in 2001 after a US-style campaign in which he promised jobs and economic growth, signing a "Contract with Italians" live on television.

He served until 2006, and returned again as prime minister between 2008 and 2011, making him the longest-serving premier in Italy's post-war history.

Key to his charm was his glamorous lifestyle, bravado and promises of a low-tax, deregulated economy in which Italians might emulate his financial success.

For a decade, he was Italy's richest person.

To his critics, he was a tax-evading playboy who used his vast media empire to further his political career, and then exploited his power to protect his business interests.

On the international stage, he dallied with Libyan dictator Moamer Kadhafi and was close to Russian President Vladimir Putin.

With a typical lack of humility, Berlusconi has compared himself with Napoleon and Jesus Christ.

Prosecutors snapped at his heels throughout his time in office, even as his supporters in parliament passed laws to shield him and his allies.

Despite multiple court cases -- he claimed last year to have gone through 86 trials -- he never spent time behind bars and successfully appealed convictions for fraud and corruption early in his political career.

In 2013, Berlusconi faced his first definitive conviction for tax fraud, which saw him carry out community service in a care home for sufferers of Alzheimer's.

But he continues to face the fall-out of his parties at his villa near Milan, which had a private nightclub.

Berlusconi was sentenced to seven years in prison in 2013 for paying for sex with then 17-year-old Karima El-Mahroug, but this was later overturned after the judge said there was reasonable doubt that he knew she was underage.

In October last year, a court in Tuscany acquitted him of bribing a witness to lie about the parties, although related proceedings continue elsewhere.