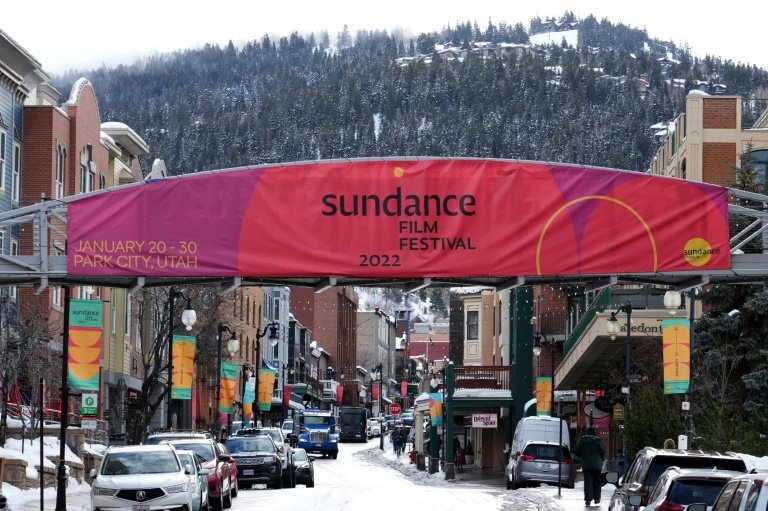 From its last known slave ship to heavy police militarization in the Civil Rights era, the United States' deeply troubled history with racism is highlighted by several Sundance festival films this week.

"Descendant" and "Riotsville, USA" are among multiple documentaries and dramas on racial justice at the indie movie showcase, which is taking place online for a second year running due to the pandemic.

In "Descendant", premiering Saturday, Margaret Brown revisits her Alabama hometown where the "Clotilda" landed with 110 slaves in 1860, decades after the trans-Atlantic trade has been outlawed.

Many descended from those slaves still live in the same community, and have passed down tales of their ancestors across the generations. The ship owner's family remains prominent landowners in the area, too.

But the remains of the ship -- deliberately sunk by its owner to evade justice -- were only found in 2018. Located wrecks of slave ships are extremely rare.

"I knew if the ship was found, it's proof. It's a way for people to physically trace their ancestry in a way that's never been done in this country," Brown, who began the film six years ago, told AFP.

The descendants, whose forebears escaped slavery after five years with the end of the Civil War, still live on marginalized land, hemmed in by heavy industry zones whose pollutants are linked to cancer.

According to the film, some of these factories are even constructed on land leased by the Meaher family, who owned the Clotilda.

Despite cooperating with Brown on a previous documentary, none of the Meaher family would speak with her for "Descendant".

"This story is a way to frame a conversation about reparations," she added.

"Reparations can be seen as a tricky word. But there's nothing tricky about justice. I just hope the film can start conversations about justice."

Debuting a day earlier at Sundance was "Riotsville, USA", in which Sierra Pettengill unearthed footage of fake model towns used by police and military in the 1960s to practice suppressing civil rights protests.

Eerie clips show a grandstand packed with army chiefs laughing and applauding as a Black man is bundled into a new, state-of-the-art anti-riot vehicle in front of a row of fake shopfronts nicknamed "Riotsville".

"And to see that group of people laughing at something that's dark as it is -- that this is even being recreated, much less a display of pain and anger -- I think is very telling about the attitudes of that time."

The Riotsville streets, seen in archive military training and media footage, were created in response to protests and rioting in dozens of major US cities in the late 1960s.

Without explicitly targeting racial minorities, the exercises distinguished between "white protesters, and what they call 'hardcore professional agitators,' which are of course all Black," said Pettengill.

Sundance head Tabitha Jackson earlier told AFP that racial injustice was one of several themes of "complex reckoning" and "accountability" being taken up by filmmakers at this year's festival.

"These are the questions of the day, especially in this country," said Brown, pointing to the ongoing US voting rights battle, framed by Democrats as an all-out assault by conservative states targeting racial minorities.

"There's obviously been a necessary -- and we like to say 'overdue' -- conversation," added Pettengill.

Watching the origins of systems like the militarization of the police "is empowering in order to realize that we can take them apart," she added.

"We don't live in an inevitability. But in general, it says something about the way we're living now, and there's not a number to call to fix it. It's really up to us."