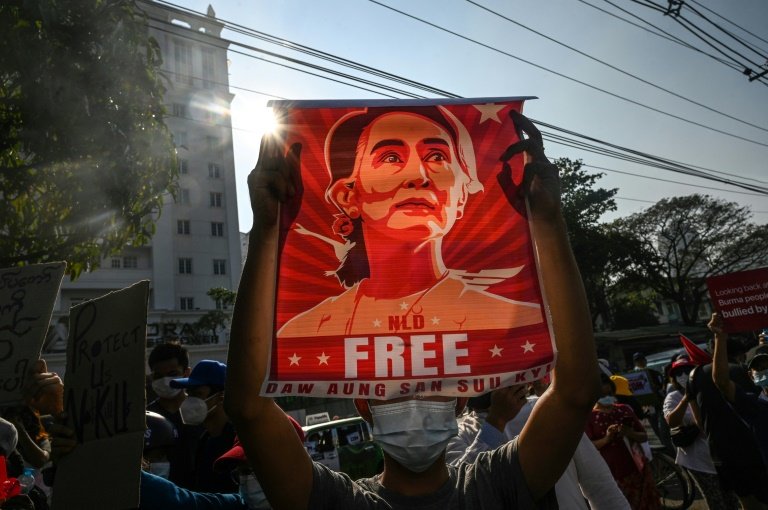 Myanmar's latest democracy struggle enters its second year with its best-known figurehead Aung San Suu Kyi isolated from the fight, a prisoner of the generals behind the coup and facing the rest of her life in prison.

The Nobel laureate has been held since the putsch that ousted her government in the early hours of February 1 last year, ending a brief democratic interlude for the country and sparking huge protests.

Months before, her National League for Democracy (NLD) had swept national elections and she had been preparing to begin another five-year term as the nation's de facto leader.

She has been jailed by the current junta for six years after being found guilty of illegally importing and possessing walkie-talkies, flouting Covid rules and incitement against the military.

She will remain under house arrest as she battles a slew of other charges.

While Suu Kyi remains immensely popular in Myanmar, her legacy abroad was deeply tarnished by her government's handling of the Rohingya crisis.

There was global revulsion at a 2017 military crackdown that saw around 750,000 members of the stateless Rohingya minority flee burning villages to neighbouring Bangladesh.

And for many still fighting in Myanmar, the revolution must go further than the movement that Suu Kyi led decades ago, and permanently root out military dominance of the country's politics and economy.

Suu Kyi was born on June 19, 1945 in Japanese-occupied Yangon during the final weeks of World War II.

Her father Aung San fought for and against both the British and the Japanese colonisers as he jostled to give his country the best shot at independence, achieved in 1948.

Suu Kyi spent most of her early years outside of Myanmar -- first in India, where her mother was an ambassador, and later at Oxford University, where she met her British husband. 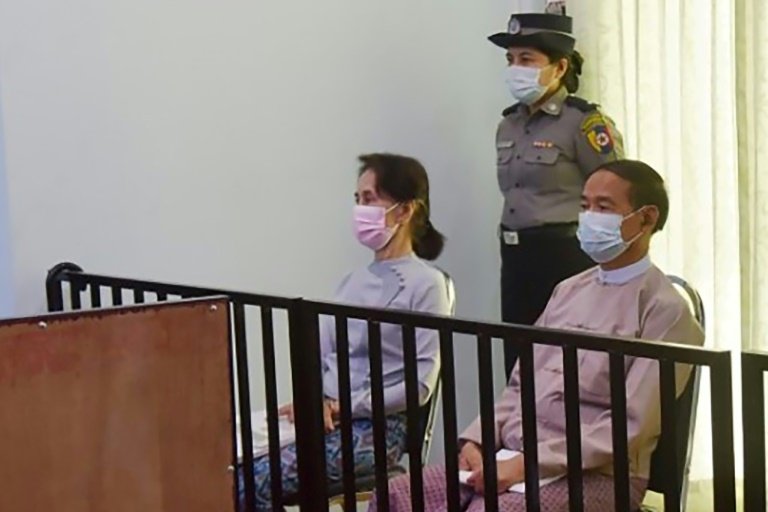 After General Ne Win seized full power in 1962, he forced his brand of socialism on Myanmar, turning what was once Asia's rice bowl into one of the world's poorest and most isolated countries.

Suu Kyi's elevation to a democracy champion happened almost by accident when she returned home in 1988 to nurse her dying mother.

Soon afterwards, at least 3,000 people were killed when the military crushed protests against its authoritarian rule.

The bloodshed was the catalyst for Suu Kyi.

A charismatic orator, the then-43-year-old found herself in a leading role of a burgeoning democracy movement, delivering speeches to huge crowds as she led the NLD to a 1990 election victory.

The generals were not prepared to give up power, ignoring the result and confining Suu Kyi to her home in Yangon, where lived for 16 of the next 20 years.

She was awarded the Nobel Peace Prize while detained in 1991.

The junta offered to end her imprisonment at any time if she left the country for good but Suu Kyi refused.

That decision meant not seeing her husband before his death from cancer in 1999, and missing her two sons growing up.

The military eventually granted her freedom in 2010, just days after elections that her party boycotted but which brought a nominally civilian government to power.

She swept the next poll five years later, prompting jubilant celebrations by massive crowds across the country, and increased her party's majority in 2020.

But Suu Kyi's administration was beset with trouble and marked by an uneasy relationship with the military, which maintained a powerful political role. 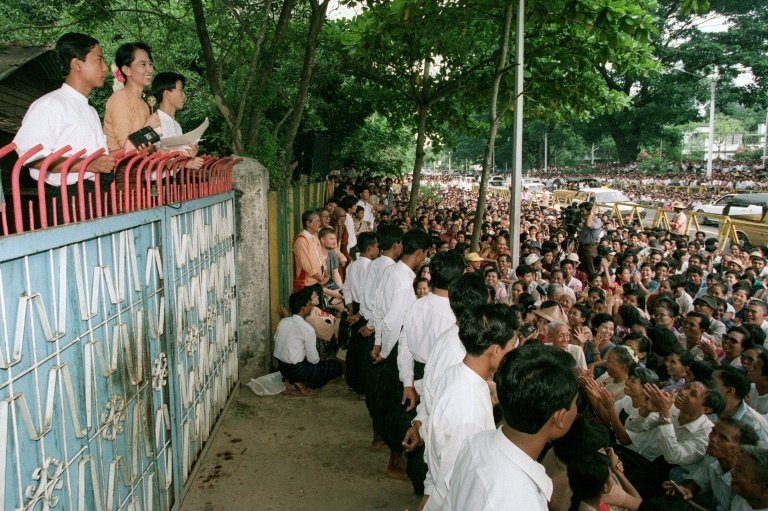 The government and the military appeared in lockstep after the 2017 Rohingya crackdown, however.

Her office denied claims that fleeing refugees had suffered rape, extrajudicial killings and arson attacks on their homes by Myanmar troops.

Suu Kyi defended the army's conduct and even travelled to The Hague in December 2019 to rebut charges of genocide at the UN's top court.

Weeks later she was its prisoner again, facing the possibility of spending the rest of her life in detention.