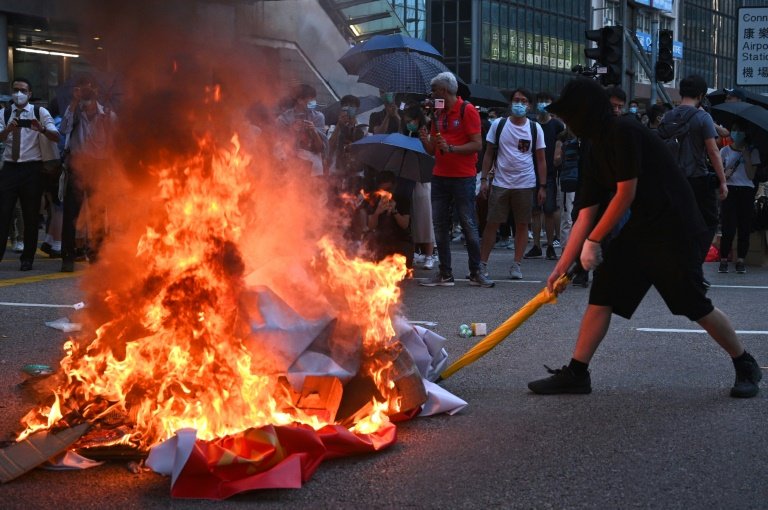 A film on Hong Kong's pro-democracy movement won best documentary at Taiwan's Golden Horse Awards on Saturday, at an event dubbed the Chinese-language "Oscars" that went ahead without the legion of mainland filmmakers and stars who once used to walk its red carpet.

Hong Kong director Kiwi Chow's "Revolution of Our Times" takes its name from a pro-democracy protest slogan and has never been shown commercially in Hong Kong.

The awards have become a bulwark against Beijing's censorship and bolster films that would be banned in China and Hong Kong.

They ran afoul of Beijing when a Taiwanese director called for the island's independence in an acceptance speech at their 2018 ceremony, prompting outrage in China, which claims Taiwan as part of its territory, to be retaken one day by force if necessary.

No mainland films featured in the 2019 nomination list after Chinese authorities ordered directors and actors to boycott the event.

Commercial mainland cinema and some advertisers have since then steered clear.

Accepting this year's award in a video speech aired at the ceremony in Taipei, Chow said he wishes to dedicate his film to "Hong Kongers who have conscience, justice and who have shed tears for Hong Kong".

"I cried many times when making the film and many times I found comfort, vented my anger and hatred, and faced my fear and trauma through this film," he said.

Chow has also sold the rights to his work overseas, in an effort to avoid Hong Kong's sweeping new censorship of the film industry and a Beijing-imposed national security law aimed at crushing dissent in the city.

He told AFP in a recent interview that Golden Horse awards have "become a free outlet especially for Hong Kong movies that cannot be distributed in Hong Kong."

Last year, two Hong Kong films that cast an uncomfortable spotlight on China won accolades, with one of the winners pledging support for pro-democracy activists in their acceptance speech.