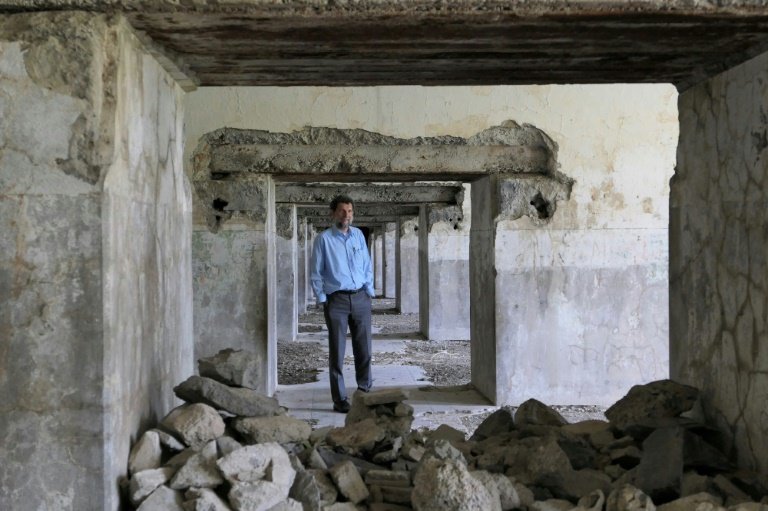 Turkish philanthropist Osman Kavala faces a barrage of charges, including espionage and attempts to topple the state / © Anadolu Culture Center/AFP

Jailed without a conviction since 2017, Turkish philanthropist Osman Kavala says he feels like a tool in President Recep Tayyip Erdogan's attempts to blame a foreign plot for domestic dissent against his mercurial rule.

A gaunt and bearded intellectual who once patronised culture and the arts, the 64-year-old Kavala makes a striking foil for Erdogan, a promoter of political Islam who has governed Turkey with an increasingly iron fist since 2003.

While tens of thousands have been jailed or stripped of their jobs on tenuous charges since Erdogan survived a coup attempt in 2016, it is Parisian-born Kavala whose fate is creating particular tensions in Turkey's frayed ties with the West.

The Council of Europe, a human rights body Turkey joined in 1950, has warned it could launch the first infringement preceedings against Ankara if Kavala is not released by the end of the month.

Facing a barrage of alternating charges, including espionage and attempts to topple the state, Kavala does not expect to walk out of his Istanbul prison cell any time soon.

"I think the real reason behind my continued detention is that it addresses the need of the government to keep alive the fiction that the (2013) Gezi protests were the result of a foreign conspiracy," Kavala said in a written, English-language response to questions from AFP. 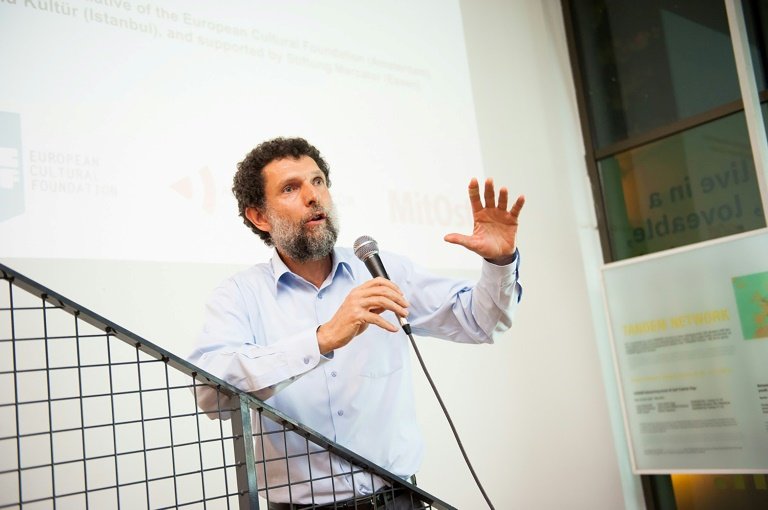 "Since I am accused of being a part of this conspiracy allegedly organised by foreign powers, my release would weaken the fiction in question and this is not something that the government would like."

- 'Dreyfus and the Rosenbergs' -

Kavala was referring to spontaneous rallies that broke out against plans to pave over a little park near Istanbul's Taksim Square that morphed into the first serious challenge to Erdogan's rule.

Some Turkey watchers see the 2013 protests, which were violently suppressed, as the original source of Erdogan's authoritarian streak.

Kavala was acquitted of the Gezi charges in February 2020, only to be re-arrested before he could return home and thrown back in jail over alleged links to the 2016 coup plot.

Well-versed in history, Kavala compares the current case against him to the treason charges faced by French captain Alfred Dreyfus in the late 1800s -- long discredited as an anti-Semitic plot -- and Julius and Ethel Rosenberg, a US couple controversially executed for espionage in 1953. 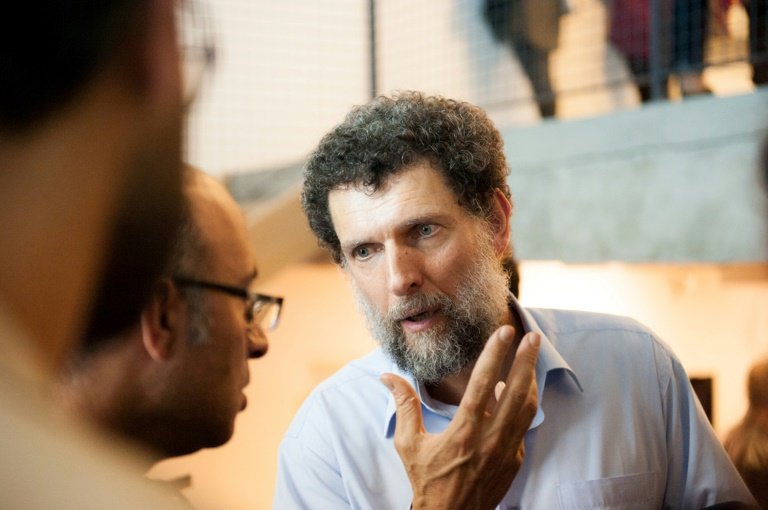 Turkish philanthropist Osman Kavala was acquitted in 2020, only to be re-arrested before he could return home over alleged links to a 2016 coup plot / © Anadolu Culture Center/AFP

"I suppose that the files on Dreyfus and the Rosenbergs were better prepared than mine," Kavala said.

If convicted, he could be jailed for life without the possibility of parole.

The Council of Europe has issued a final warning to Turkey to comply with a 2019 European Court of Human Rights order to release Kavala pending trial.

If not disciplinary proceedings could be launched and ultimately result in the suspension of Turkey's voting rights and even membership of the body.

But while such a step could further hurt Turkey's efforts to join the EU, Erdogan has given no indication that his views on Kavala have changed.

He calls him the "red Soros of Turkey" -- an agent of Hungarian-born US financier and pro-democracy campaigner George Soros -- a reference to Kavala's leftist views.

Kavala considers the Council of Europe his best hope for release. 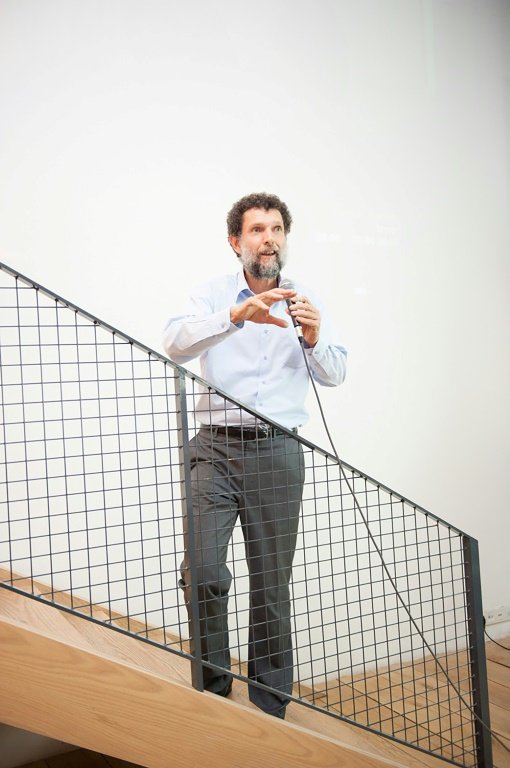 "If the infringement procedure starts and if the damage this would cause is considered to outweigh whatever political benefits are expected from my continued detention, I might perhaps be released," he said.

Much of the focus in Turkey is shifting to June 2023, the last date by which Erdogan -- with approval ratings already at the lowest point of his career -- must call a general election.

Kavala, who has access to newspapers and a TV in his cell, watches the latest political developments with concern, questioning whether Erdogan is ready to accept a possible election defeat.

Erdogan and his ruling party "do not consider losing power as a normal consequence of economic problems and political competition," he said.

"They perceive a change of government as an extremely disturbing possibility. 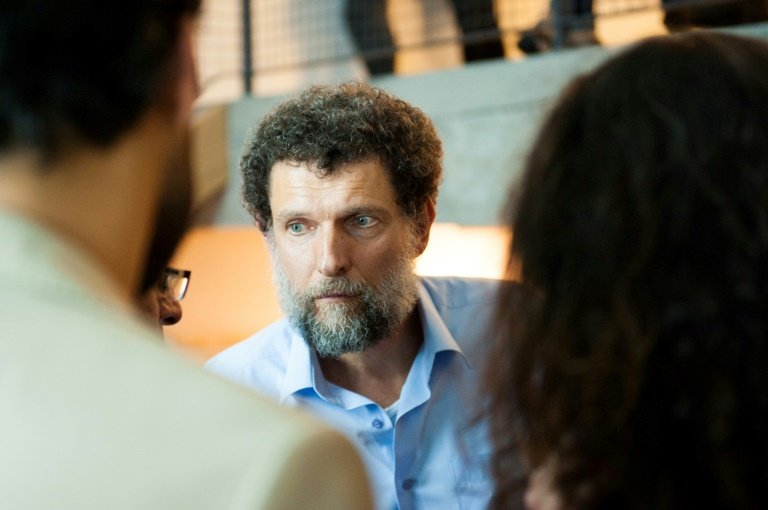 "I am concerned that the political tension in the country might increase even more as the elections approach."

Kavala's next court hearing is scheduled for November 26.