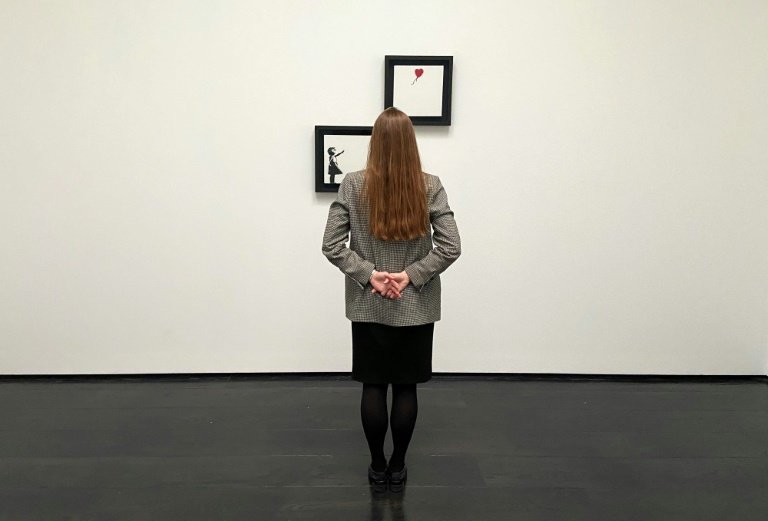 A version of Banksy's celebrated "Girl with Balloon", set on two canvasses, sold at auction on Friday for £3.1 million ($4.3 million, 3.7 million euros), a day after another of the artist's works fetched a record price.

The 2005 diptych, which shows a small girl reaching for red heart-shaped balloon on a white background, was expected to sell for between £2.5 million and £3.5 million, London auctioneer Christie's said.

The sale of the Banksy work, which first appeared in stencil on a wall in east London, follows a record-breaking auction for a part-shredded version of the same image on Thursday.

In 2018, it passed through a shredder hidden in its large Victorian-style frame moments after it was first sold for nearly £1.1 million at Sotheby's auction house also in London.

"Girl with Balloon" has been reproduced endlessly in prints and online, and appropriated by some of the world's best-known brands.

It has been called one of the most significant artworks of the early 21st century in the British press.

The previous record for a painting by the guerilla artist was set in March this year with the sale of the "Game Changer", sold to an unnamed buyer for £16.75 million.