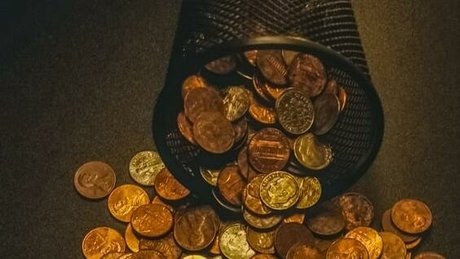 Hundreds of rare gold coins dug out of the walls of a remote French mansion fetched more than one million euros ($1.2 million) at auction on Wednesday.

Stonemasons discovered 239 pieces of gold, minted before the French Revolution, when they began renovating the property near Quimper in the western Brittany region, auctioneers Ivoire/Deloys said.

The family kept four coins as souvenirs and put the rest up for auction in the western town of Angers, with an estimated value of 250,000-300,000 euros.

Bidding opened at 8,000 euros for a very rare double Louis d'Or, depicting Louis XIV and dating back to 1646. It went for 46,000 euros, the same price as a Louis d'Or from Paris dated 1640 and stamped with the Templar's Cross.

"Bids were flying from everywhere -- in the room, on internet and on the telephone," said auctioneer Florian D'Oysonville.

The 2019 find was only reported now after the owners tasked the auction house with the sale.

The proceeds were to be shared between the owners and the three craftsmen who found the gold.

D'Oysonville told AFP the coins, hidden in a metal box, probably constituted the savings of a rich trader or landowner.