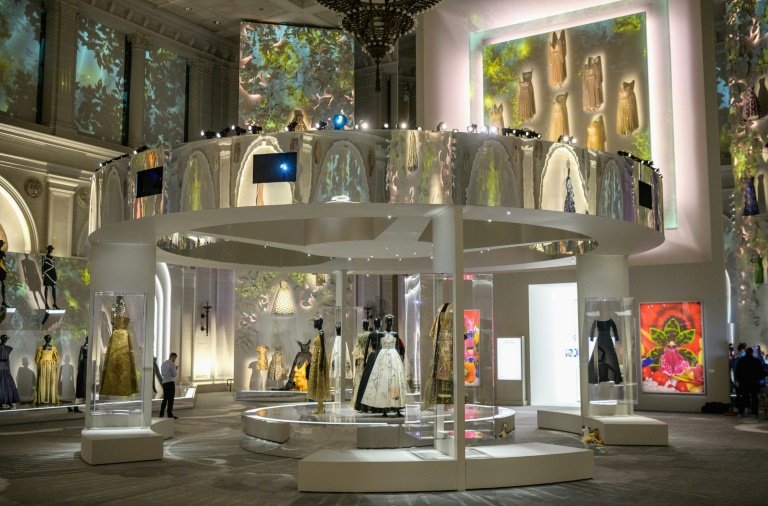 Designs by Christian Dior on display at the "Designer of Dreams" exhibition at the Brooklyn Museum in New York, on September 7, 2021 / © AFP

Christian Dior's hit exhibition tracing the history of the legendary French fashion house opens in New York this week with an American twist after record-breaking attendances in Paris and London.

"Christian Dior: Designer of Dreams" premieres at the Brooklyn Museum on Friday and features more than 300 haute couture dresses as well as photos, videos and sketches from the museum's collection.

The exhibition, which runs until February 20, charts Dior's 75-year-history, starting with the French couturier's dazzling success in Paris in 1947 with his very first Corolle collection. 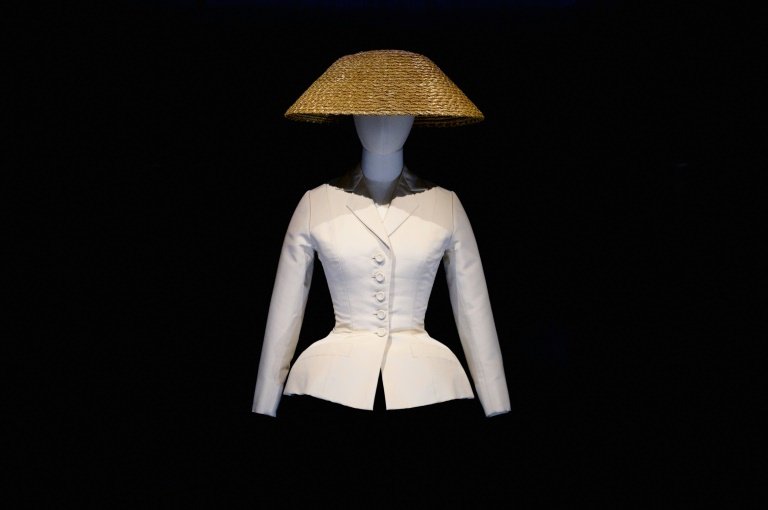 Christian Dior's 'bar jacket" on display at the "Designer of Dreams" exhibition at the Brooklyn Museum in New York, on September 7, 2021 / © AFP

It was quickly renamed "New Look" by American magazine Harper's Bazaar and would revolutionize the fashion of the time with a redesigned silhouette of fitted waist and rounded skirt.

On the back of that success, Dior opened his first New York store the following year, in 1948.

"This exhibition shows how Christian Dior was a pioneer in the globalization of fashion," curator Florence Muller told AFP.

"He was the first to expand his brand worldwide, to open branches all over the world, first in New York, then in South America, then all over Europe, in North Africa as well, and even in Japan.

The "Designer of Dreams" exhibition was a roaring success in the French and British capitals in 2017 and 2019 respectively. 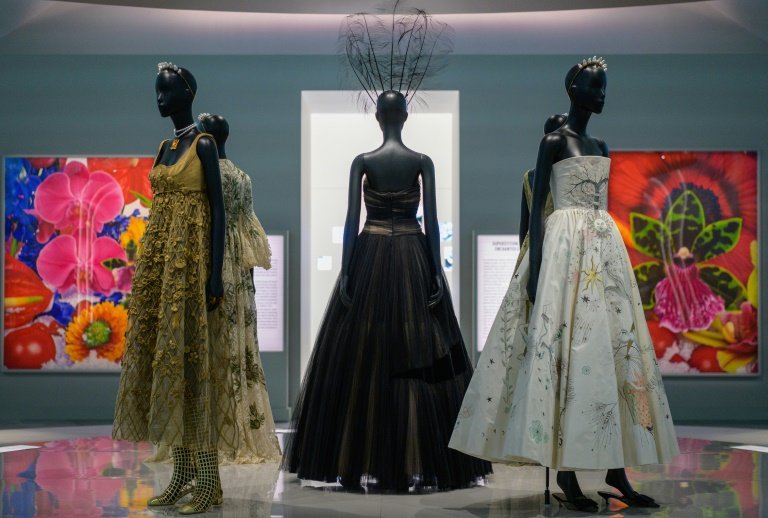 Dresses by French fashion designer Christian Dior on display at the "Designer of Dreams" exhibition at the Brooklyn Museum in New York, on September 7, 2021 / © AFP

The New York version, which opens the same week as the city's Fashion Week, features dresses that were not included in those exhibitions, said Muller.

"In his shop on 5th Avenue, he had workshops, salons, which were somewhat similar to those in Paris. But here, he didn't do haute couture, he did luxury ready-to-wear.

"The collections were presented to the press and to the buyers, and then were sold in department stores or luxury boutiques. So it's a slightly different vision of his style, adapted to American customers," she said. 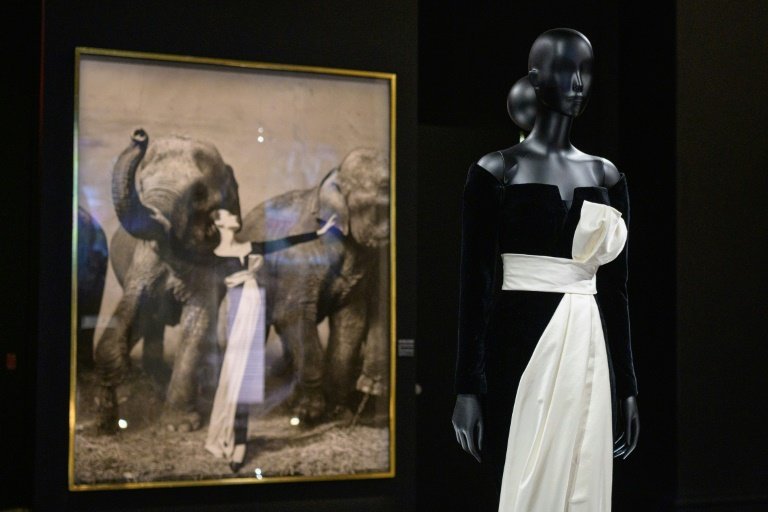 Creations by French fashion designer Christian Dior on display at the "Designer of Dreams" exhibition at the Brooklyn Museum in New York, on September 7, 2021 / © AFP

Among the highlights on show is a small and delicate porcelain doll wearing a black dress that Dior designed himself and which the institution acquired in 1949.

The exhibition tracks the development of the house after the untimely death of Dior himself in 1957 aged just 52, from successor Yves Saint Laurent to current creative director Maria Grazia Chiuri, the first woman to hold the role.

"Christian Dior had this will to make women beautiful in order to make them happy. And I think that's a universal message and that's why this name has become synonymous with elegance, luxury, beauty, and fashion all over the world," said Muller.