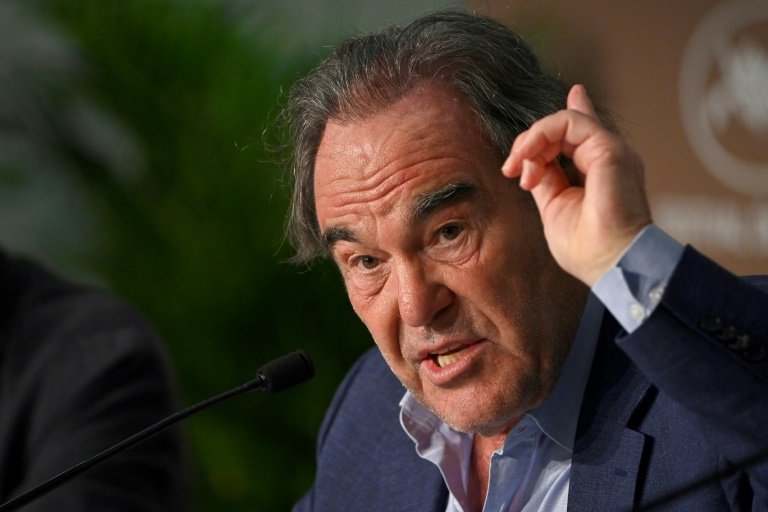 Oliver Stone says the CIA killed Kennedy because he was last president to really struggle for peace. / © AFP

US director Oliver Stone returned to one of his favourite themes as he presented his latest movie at Cannes on Tuesday, claiming that president John F Kennedy was assassinated by the CIA because he stood up to the American military.

Stone, whose new documentary on the killing was premiering at the Cannes film festival, also told reporters that he thought it was fear of being bumped off that kept Barack Obama from challenging the military and intelligence agencies during his time in office.

"Obama, one of his biggest concerns when he was president, was being assassinated because he was the first black president," Stone told reporters.

"I think he had fears. I don't know this, I'm just assuming this from his behaviour: don't offend anybody, be moderate in all things."

Stone's new documentary, "JFK Revisited: Through the Looking Glass", pulls together evidence gathered in the three decades since his classic drama "JFK" -- much of it released because of the furore triggered by that film.

The 74-year-old director, who has spent his career challenging accepted wisdom about US foreign policy, said it was now known "for sure" that accused gunman Lee Harvey Oswald was not present in the book depository where he was supposed to have fired the killer shots.

He said Oswald was "highly involved with the CIA".

"We know that the original evidence the Warren Commission presented us with -- the bullets, the trajectories, the rifle, the autopsy -- are fraudulent," Stone said.

"The motive was change. Kennedy was changing things too much. Since Kennedy, no American president has come close to making these moves. We now have a military sector that consumes 50 percent of our budget. It's outrageous. We can't touch the military, we can't touch the intelligence agencies."

Kennedy "was the last American president who really struggled for peace in the world," he added. "We are where we are because of that. Things changed on November 22 1963."

"Clinton, Obama -- they seemed to start with these intentions but they never completed them," Stone insisted.

He bemoaned the fact that US financiers had refused to back his new documentary, forcing him to look for funding in Europe -- just as he did when making "Snowden", his 2016 movie about whistleblower Edward Snowden.

"It's depressing that we have to go to Britain to get money to tell this story that's intrinsically American," said the documentary's producer Robert Wilson.

Not everyone was convinced by the documentary, however, with Variety offering a long take-down of its arguments.

"In 'JFK Revisited', Oliver Stone leads us through the looking glass, all right, but the real question is whether he's found the truth or an even more hypnotically spectacular lie," it wrote.

The Hollywood Reporter said Stone had put together a "handsome technical package" but feared he lacked credibility.

"This is not a director known for his balanced, nuanced approach to geopolitical matters, after all," it wrote.

"Can anyone take him seriously again after those fawning documentary bromances with Castro and Putin?"

The maverick director was accused this week of glorifying Kazakhstan's dictatorial former president Nursultan Nazarbayev in another new documentary, "Qazaq: History of the Golden Man".

"Call #Nazarbayev what you want -- dictator, strongman, tyrant, founder," Stone tweeted in reply to his critics. "You'll find him to be a modest man explaining the #Soviet empire's demise and his important country's transition to an independent nation."