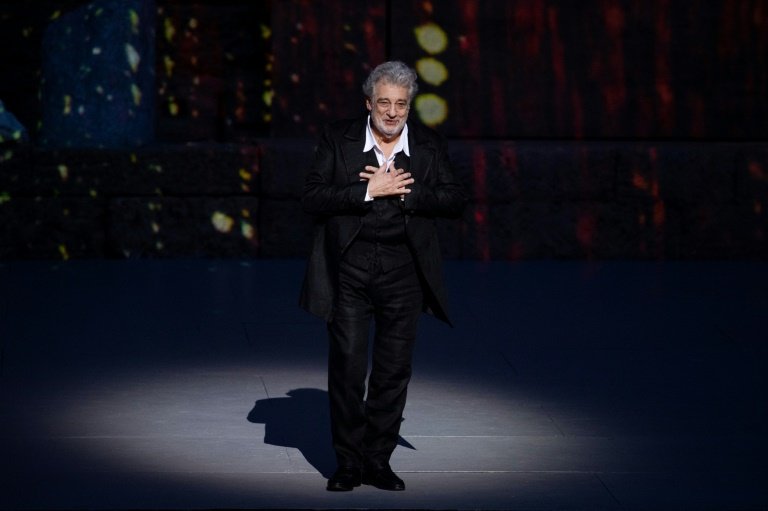 Placido Domingo, now 80, has always denied the sexual harassment allegations, which date back to the 1980s, saying he "never behaved aggressively towards anyone" / © AFP/File

Two years after sexual harassment accusations that cost him his career in the United States, opera legend Placido Domingo is back on stage in Europe, determined to salvage his reputation.

For a while, the tenor-turned-baritone's career looked in jeopardy after the Associated Press published allegations in 2019 from some 20 women in the US.

They accused him of forcing kisses on them, inappropriate touching and sexual remarks, protected by his power to make and break careers.

But Domingo, still considered the king of opera, is performing in Paris on Monday for the first time since January 2019, at the Gaveau Hall.

It follows appearances from Moscow to Munich in recent weeks, with more to come in Italy and Austria.

Earlier this month, the 80-year-old returned to the stage in Madrid, where he was born in 1941, for a charity gala that he says was the most emotional moment of his career.

"To climb the stage and have the audience on their feet and applauding for eight minutes non-stop -- it was a tremendous feeling," he told AFP.

"As I started, I thought I would not be able to sing due to the force of the emotion."

The concert in Madrid came barely a year after the Spanish Ministry of Culture cancelled a series of his shows at the city's Teatro de la Zarzuela in the fall-out from the harassment investigation.

An enquiry by AGMA, the leading singers union in the US, had concluded he had engaged in "inappropriate behaviour".

Domingo has always denied the allegations, which date back to the 1980s, saying he "never behaved aggressively towards anyone", and he has not faced any judicial proceedings.

But he has apologised if his behaviour made any colleagues "feel uncomfortable", and gave up his post as director of the Los Angeles Opera, effectively ending his career in the United States.

"They were very difficult months, but they have passed and I am happy to have resumed contact with the press in a very sincere way," he told AFP.

"I made a mistake in not doing so earlier, because the whole thing was a trial by media," he added.

Although he spoke to AFP in person, the answers to questions about the harassment allegations were conducted by email, on the request of his PR team.

He repeated his claim that the allegations were "unjust" and "without foundation".

But he added: "These days, we must look at the past with the eyes of the present, because it is right to pose these questions in order to open the way for a new sensitivity and conscience."

"We cannot rewrite our past. We should understand it in context and criticise it, severely if necessary, but it makes no sense to destroy it," he told AFP.

Domingo said he continues to receive offers to sing in theatres "around the world, including the United States", but that he didn't want to put any "in difficulty".

Domingo contracted Covid during the first wave, but says he has now returned to work "even more intensely".

He confirms he is in contact with the director of the Paris Opera, Alexander Neef, and that he dreams of returning to the Palais Garnier, especially now that Venezuelan conductor Gustavo Dudamel, his former colleague from the LA Opera, has taken charge.

Domingo has broken all the records in his illustrious career: 151 roles, more than 4,000 performances, more than 100 albums.

And he gained global megastar status in the 1990s as one of the "Three Tenors" alongside Luciano Pavarotti and Jose Carreras.

He says he has no idea when he will retire.

"One could live four lifetimes and there would still be so many operas left to sing," he said.

"I will quit when my voice no longer obeys me or because it's become physically difficult," said the singer.

He is concerned about the pandemic setting back the careers of emerging stars, though he said the vast pool of talent and continued popularity of opera made him optimistic for the future.

"It is now up to the public to decide who will be the next Pavarottis, Carreras and Domingos," he said.