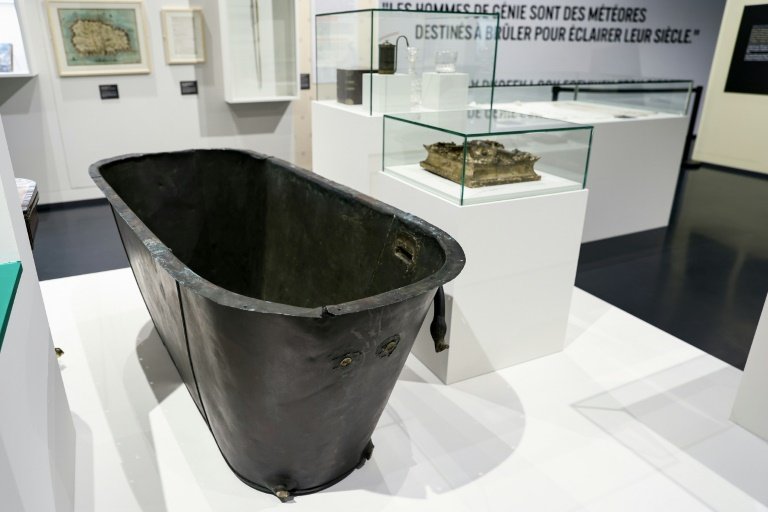 A bathtub used by Napoleon in Saint-Helena is on show in Waterloo, one of the sites associated with the French emperor / © AFP

One of the many things Napoleon Bonaparte was famous for was taking long soaks in the bath, during which he read newspapers and held forth to his entourage.

It was a habit he carried over to isolated but relatively comfortable exile, reinforced by his doctor recommending it as therapy for chronic skin rashes.

Now, the copper bathtub he used in Saint-Helena, his remote island prison in the South Atlantic, is being put on show in perhaps the most famous site associated with the French emperor: Waterloo, in Belgium.

There, inside a museum that is part of the Waterloo Memorial commemorating the close defeat of Napoleon's troops in June 1815, it features alongside other exile memorabilia, including indoor garb and billiard balls.

The exhibition, "Napoleon: from Waterloo to Saint-Helena, the birth of the legend", opened on Wednesday and is to run until October. 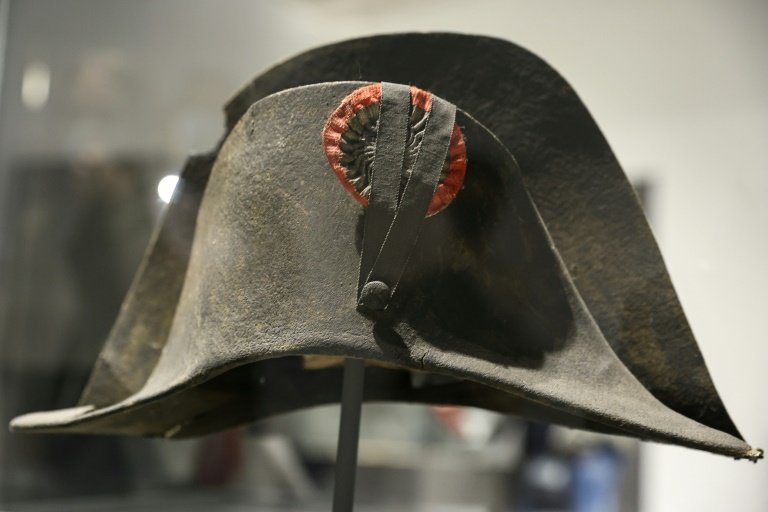 The exhibition 'Napoleon: From Waterloo to Saint Helena, birth of the legend', at the Waterloo 1815 memorial in Belgium will run until October / © AFP

Letters, games, clothes, tableware and personal items attest to the daily routine Napoleon, once ruler of half of Europe, carried through for the last six years of his life, until his death at age 51.

"This daily life in Saint-Helena was the missing chain between his defeat at Waterloo in 1815 that the whole world knows about and the time of his death," the curator of the exhibition, French historian David Chanteranne, told reporters.

He noted the mystery that still surrounds the cause of Napoleon's death 200 years on, saying the former emperor's body was subjected to five autopsies.

That, he added, was because the English military guarding Saint-Helena wanted to verify the conclusions reached by Napoleon's personal doctor, Francois Antommarchi.

The official verdict was stomach cancer, believed to be the source of the ulcer that long plagued Napoleon.

But theories blossomed, then as now, that he might have been poisoned or over-medicated for his rashes or intestinal cramping.

His remains today are entombed under a vast golden dome at Les Invalides, in the heart of Paris. 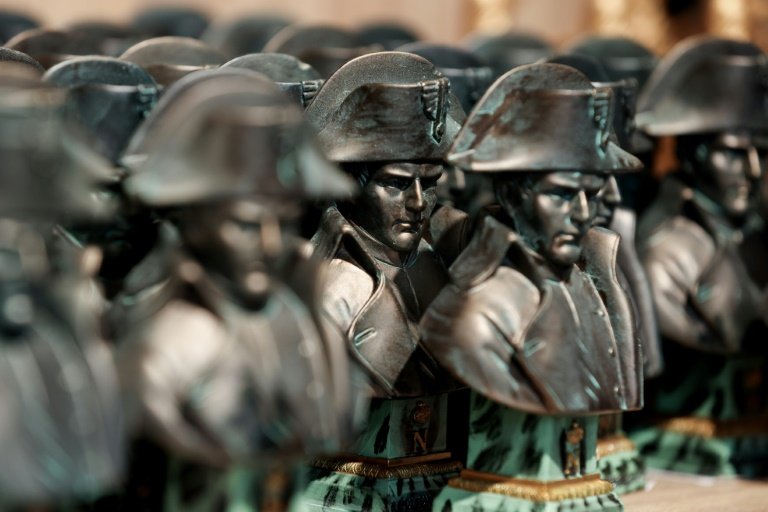 Chanteranne explained that Napoleon, once used to striding across a continent, ended up becoming an artful gardener on Saint-Helena, encouraged by his doctor to get outside and "do exercise".

The gardens around Longwood House, the residence he had on the island, were designed by Napoleon himself. The 16-hectare (40-acre) domain became property of the French government in the middle of the 19th century.

Most of the personal articles exhibited at the Waterloo Memorial come from Longwood House, and several have not been presented elsewhere, the organisers said.

Tha famous bathtub was used by Napoleon "for between an hour and an hour-and-a-half ... each afternoon from 2:00 pm," one of them said.

The water was served "hot, nearly boiling" to treat the rashes, for which mercury ointment and potassium nitrate were also prescribed. 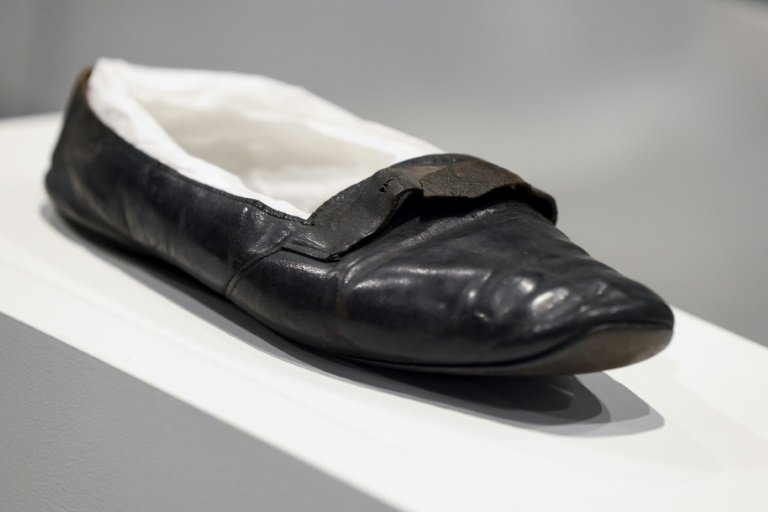 Napoleon's leather slipper is on display during the exhibition 'Napoleon: From Waterloo to Saint Helena, birth of the legend' / © AFP

With such a chunk of time spent in the copper tub, Napoleon took to having his entourage stand around him for "endless discussions".

The exhibition also has a pair of silk stockings that Napoleon usually wore, as well as a long white shirt and a soft-leather slipper -- all of which he slipped into after emerging from the bath.