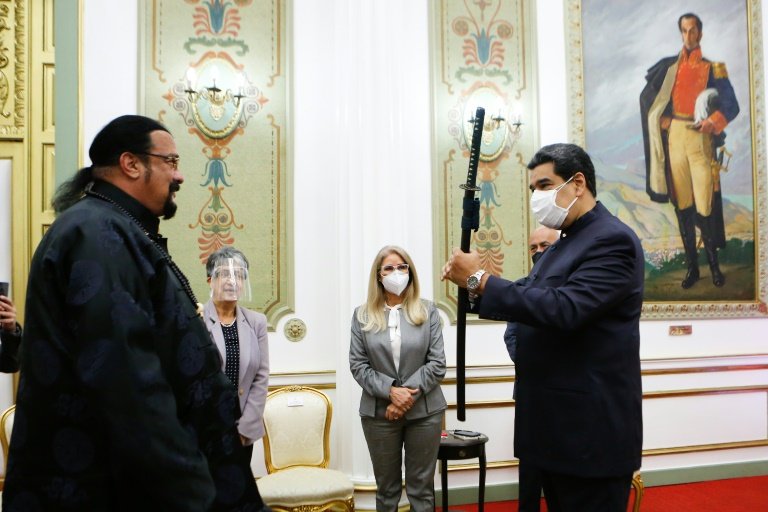 Hollywood action star Steven Seagal, known for dropping in on tough guy leaders like Russia's Vladimir Putin, paid a visit to Venezuela's leftist president Nicolas Maduro to give him the gift of a samurai sword.

The hero of 80s and 90s hits including "Hard to Kill" and "Under Siege" appeared in state-run TV footage on Tuesday passing the katana to Maduro, who then sliced the blade through the air several times in an ornate office.

Seagal, dressed all in black and without a face mask, nodded approvingly but appeared to warn Maduro when the leader put his fingers close to the blade.

In the decades since the height of his Hollywood fame, Seagal has been a vocal supporter of Putin and once dropped in on Philippine leader Rodrigo Duterte as the southeast Asian nation battled Islamic State group extremists.

Russia granted Seagal citizenship in 2016, which included Putin personally handing over a passport to the actor in a televised meeting. 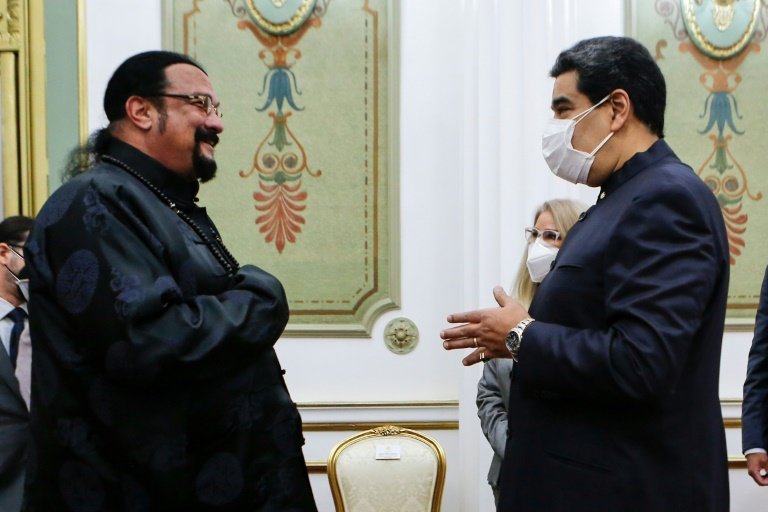 Maduro, whose 2018 reelection has been deemed fraudulent by the White House, is subject to Western sanctions and labeled a dictator over alleged voter fraud and other abuses.

Opposition leader Juan Guaido declared himself Venezuela's leader in 2019, rooting his legitimacy in his role as speaker of the opposition-led National Assembly. His claim has been recognized by more than 50 countries, including the United States.