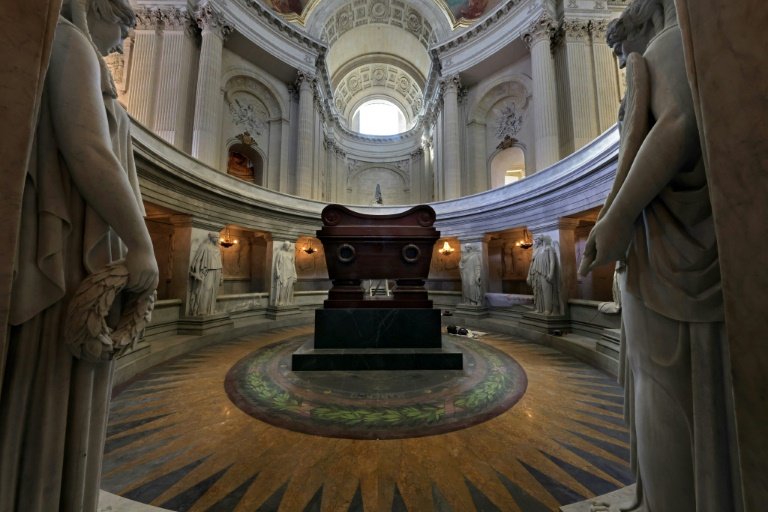 Two hundred years after his death in exile, conspiracy theories continue to swirl about how exactly Napoleon Bonaparte met his end on the windswept South Atlantic island of St. Helena.

The official verdict, supported by an autopsy carried out by his British captors, was that he died aged 51 of stomach cancer on May 5, 1821.

But even then many -- not just in France -- were sceptical, leading to numerous often colourful conspiracy theories.

Strongest among French conspiracy theories is the belief that Napoleon was slowly poisoned either by the British or by his confidante, Count Charles de Montholon, supposedly in the pay of French royalists opposed to the emperor's return home.

The scientific evidence for this is a chemical analysis conducted in 2001 on a lock of hair cut from Napoleon's corpse that had huge levels of arsenic.

The following year the poison theory was challenged by French publication Science et Vie, which took arsenic readings from 19 hairs taken from Napoleon in 1805, before his first defeat in 1814 and again in 1821.

All the samples contained massive doses of arsenic, ranging from 15 to 100 parts per million (ppm), compared with a normal level of only 0.8 ppm of arsenic. The maximum limit considered safe is three ppm.

The most plausible source for this was hair restorer. The balding emperor probably used a product that in the early 19th century typically contained high amounts of arsenic.

Others blame mistreatment by overenthusiastic doctors for his early demise.

According to forensic pathologist Steven Karch at the San Francisco Medical Examiner's Department in 2004, doctors gave Napoleon an enema every day to relieve his sick stomach and intestinal cramping.

This, combined with regular doses of a chemical called antimony potassium tartrate to induce vomiting, would have left him perilously short of potassium.

This can lead to a lethal heart condition in which the blood flow to the brain is disrupted by bursts of irregular heartbeats.

In 2005, the US National Centre for Biotechnology Information backed the stomach cancer theory based on a study of the emperor's trousers.

Researchers from the University Hospital of Basel and the University of Zurich studied 12 different pairs of trousers worn by Napoleon between 1800 and 1821 to determine his weight at death and to see how it had evolved in the last two decades of his life.

"Napoleon's terminal weight loss of more than 10 kilos (22 pounds) is suggestive of a severe progressive chronic illness and is highly consistent with a diagnosis of gastric cancer," the authors concluded.

In 1840, Napoleon's remains were taken back to Paris where he lies in a vast marble tomb beneath the gilded dome of the Invalides military hospital.

But some people, led by lawyer Bruno Roy-Henry, believe that the British switched the corpses as a parting joke on their old enemy so the French would end up honouring some nonentity.

Some of the emperor's most ardent supporters maintain meanwhile that he escaped from St. Helena just as he had from his first exile on the Mediterranean island of Elba. They believe he began a new life in America.