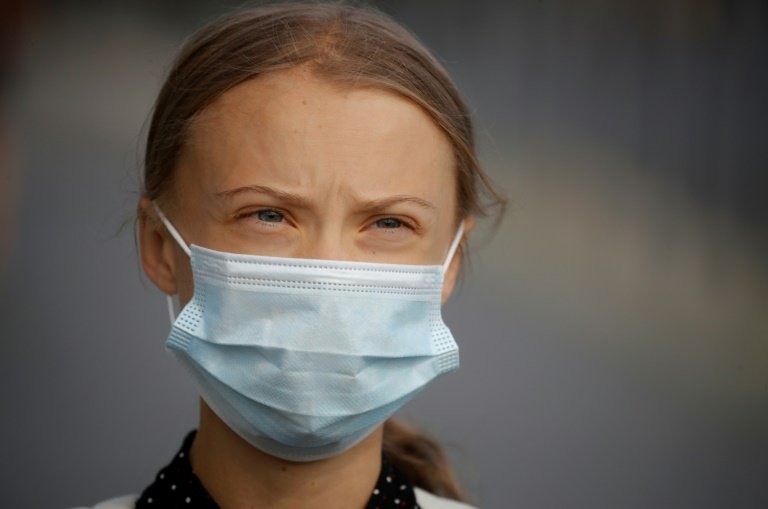 Greta Thunberg slammed the "tragedy" of vaccine inequity as the Swedish climate campaigner called Monday for the world's most vulnerable to be prioritised for Covid-19 jabs.

The donation to the World Health Organization (WHO) Foundation -- from money accrued through awards, prizes and book royalties -- will support the purchase of vaccines destined for the most vulnerable populations and health workers in some of the world's poorest countries.

"The international community must do more to address the tragedy that is vaccine inequity," Thunberg said.

"We have the means at our disposal to correct the great imbalance that exists around the world today in the fight against Covid-19. Just as with the climate crisis, we must help those who are the most vulnerable first."

More than 900 million doses of Covid-19 vaccines have been injected in at least 206 territories around the world, according to an AFP count.

Just 0.2 percent have been administered in the 29 lowest-income countries, home to nine percent of the world's population.

The Covax facility ensures the 92 poorest participating economies can access coronavirus jabs, with the cost covered by donors.

Covax is co-led by the WHO, the Gavi vaccine alliance, and the Coalition for Epidemic Preparedness Innovations. It has delivered more than 39 million doses to 114 participating territories.

The scheme is aiming to distribute enough doses to vaccinate up to 27 percent of the population in the 92 poorest participating economies by the end of the year.

The facility on Thursday launched a push for an extra $2 billion in donations, saying it needed the money in advance to reserve Covid vaccine doses throughout the rest of the year.

Some $400 million was raised at Thursday's opening donor conference.

"It is completely unethical that high-income countries are now vaccinating young and healthy people, if that happens at the expense of people in risk groups" in poorer countries, Thunberg told a virtual press conference, calling it a "moral test".

The teenager began campaigning for action on climate change in 2018 aged 15, spending Fridays sitting outside the Swedish parliament with a sign reading "School Strike for the Climate".

Her protest inspired a worldwide movement.

But she did not back a vaccine strike amongst young people offered a jab in rich countries in order to force governments to share doses with vulnerable elderly people in poorer nations.

"This is not a problem that is caused by individuals. This is a problem that needs to be addressed by the international community, governments and the vaccine developers," Thunberg told reporters.

"Urging individuals to not take the vaccine -- that would send a very wrong message.

"Everyone who is offered a vaccine should take it... so no, I would not advocate for people to not take the vaccine."

"I urge the global community to follow Greta's example and do what they can, in support of Covax, to protect the world's most vulnerable people from this pandemic," said WHO chief Tedros Adhanom Ghebreyesus, as he lamented that there was "no vaccine for climate change".

The WHO has consistently made the link between human health, animal health and the health of the planet during the Covid-19 pandemic.

The novel coronavirus, which is thought to have made the species jump from the animal world, has now killed more than three million people worldwide since the outbreak emerged in China in December 2019.

"We will most likely experience more frequent and more devastating pandemics unless we drastically change our ways and the way we treat nature," said Thunberg.