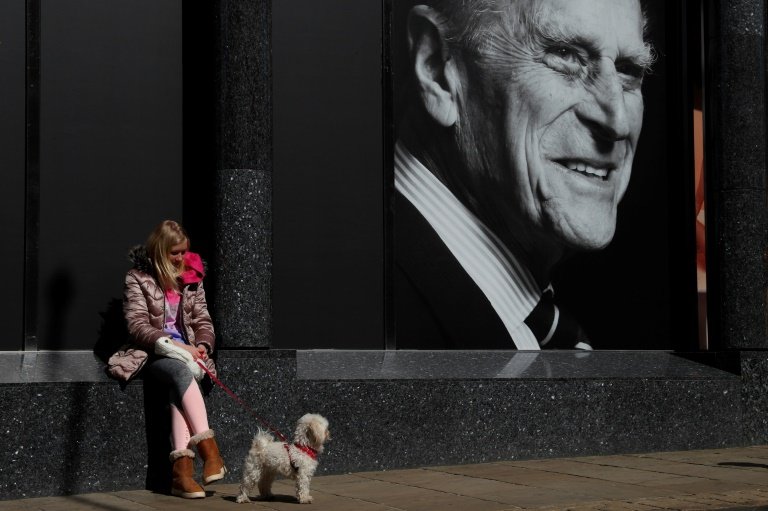 Final preparations were being made on Friday for the funeral of Queen Elizabeth II's husband Prince Philip, with the ceremony pared back due to coronavirus restrictions but still reflecting his long life of military and public service.

Police patrolled the Long Walk outside the stately walls of Windsor Castle, where the funeral will be held on Saturday, as a steady stream of well-wishers left floral tributes.

Broadcasters from around the world set up position outside the historic residence west of London for the most high-profile funeral of a senior royal since that of the Queen's mother in 2002.

The coronavirus pandemic has forced hasty revisions to the long-rehearsed plans for the Duke of Edinburgh's funeral, with government guidelines limiting guests to just 30. 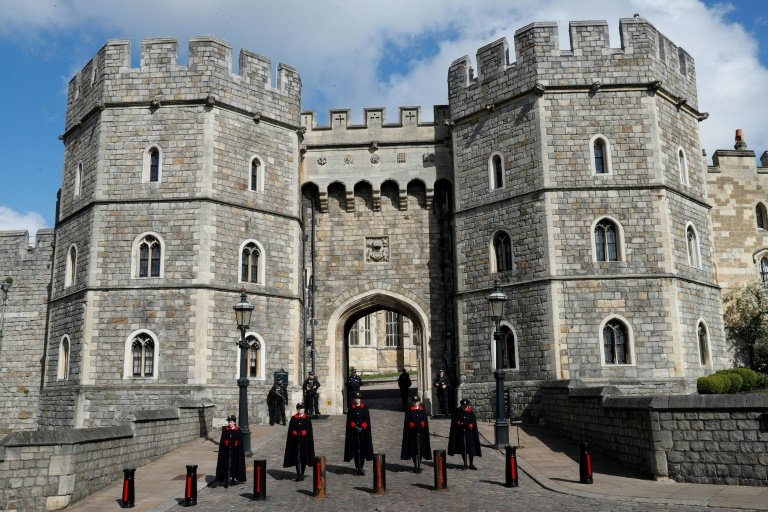 Police patrolled the Long Walk outside the stately walls of Windsor Castle, where the funeral will be held on Saturday / © AFP/File

"It will reflect military precision and above all, I think, it will be a celebration of a life well-lived," said the chief of the defence staff, General Nick Carter.

"It will also show, I think, how much the armed forces loved and respected him," he told BBC radio.

The Archbishop of Canterbury, Justin Welby, who will take part in the ceremony, said the Queen will "behave with the extraordinary dignity, extraordinary courage that she always does".

Yet this will be "an anguished moment" for her, he told the BBC, urging believers to "pray for her". 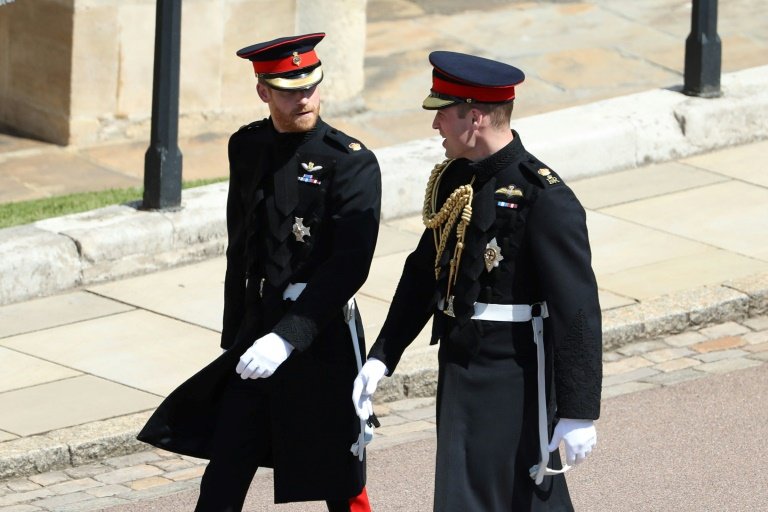 Philip, who was married to Elizabeth for 73 years, died on April 9 aged 99 just weeks after a month-long stay in hospital for treatment to a heart condition and an infection.

The palace on Thursday released details of the stripped-back guest list, and revealed his grandsons Prince William and Prince Harry will not walk side-by-side behind his coffin.

The funeral, expected to be watched by millions on television, is the first time the brothers will have been seen in public since Harry moved to the United States last year.

The pair have reportedly fallen out over Harry's departure from the royal frontline, and he and his wife Meghan's stinging criticism of the royal family, including of racism.

Their cousin Peter Phillips -- son of Philip's daughter Princess Anne -- will walk between them, fuelling speculation the rift persists, even if it reflects royal protocol. 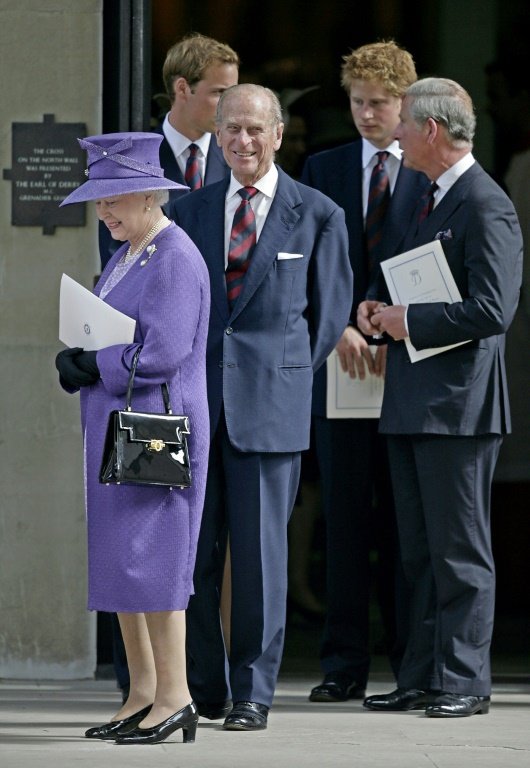 Once a specially designed Land Rover hearse carrying the duke's coffin reaches St George's Chapel, William will move ahead of his younger brother as the royal mourners enter.

The Times wrote that the separation of the brothers was "either a quirk of planning or a deliberate attempt to keep them apart".

But a palace spokesman told The Sun tabloid: "We're not going to get drawn into perceptions and drama. The arrangements have been agreed and represent Her Majesty's wishes."

The ceremony, which begins with the procession at 2:40 pm (1340 GMT) and a national minute's silence at 3:00 pm, will be a royal funeral like no other because of the global health crisis.

All guests, including the Queen, who is 95 next week, are required to wear face masks, sit apart and observe social distancing rules in line with government regulations.

The Queen will be accompanied to the historic 15th century Gothic chapel in the state Bentley by a lady-in-waiting, before sitting alone inside.

A small choir of four will perform music chosen by Philip during the 50-minute service.

The 30 guests include heir to the throne Prince Charles, his second wife Camilla, and the monarch's three other children, and eight grandchildren, as well as all their spouses. 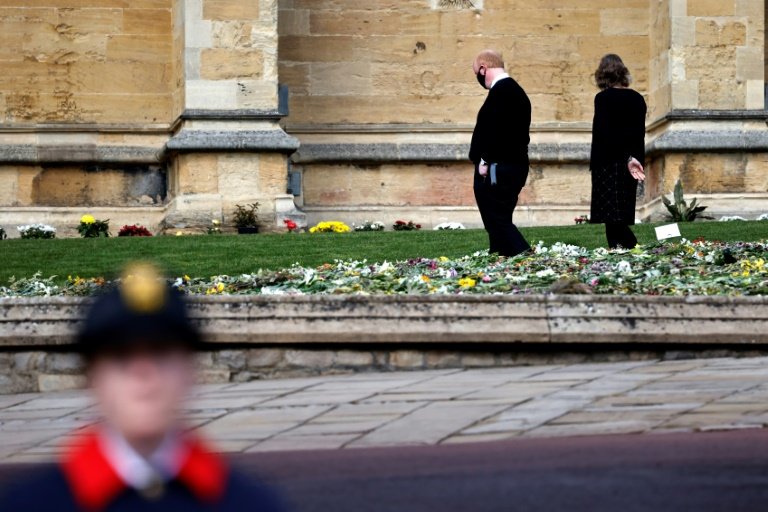 Others include the children of the queen's late sister Princess Margaret, and three of Philip's German relatives.

Mourners will wear formal day clothing, which reports said was to avoid awkwardness over which princes are entitled to military uniform.

Former British Army captain Harry -- who served in Afghanistan -- has been stripped of his honorary military titles.

Send-offs for senior British royals are typically very public, pomp-filled affairs, but Philip's request for a no-fuss funeral paired with the pandemic has kept it minimal.

"The ceremonial aspects of the day and the funeral service itself are in line with The Duke's wishes and will reflect His Royal Highness's personal and military affiliations," the palace said.

Ahead of the service, the coffin will be covered with Philip's personal standard flag and surmounted with his sword, naval cap and a wreath of flowers.

Members of the Queen's Company, 1st Battalion Grenadier Guards, will serve as pallbearers, while his coffin will be lowered into the Royal Vault afterwards.

In honour of his life-long association with the Royal Navy, and service during World War II, buglers from the Royal Marines will sound so-called "Action Stations" during the service.

The bugle call, played on a warship to signal all hands should go to battle stations, sometimes features at funerals of naval men.

Philip was a rising star in the British navy and reached the rank of commander by the time Elizabeth ascended to the throne in 1952.

He shelved his personal ambitions to support his wife in the role.